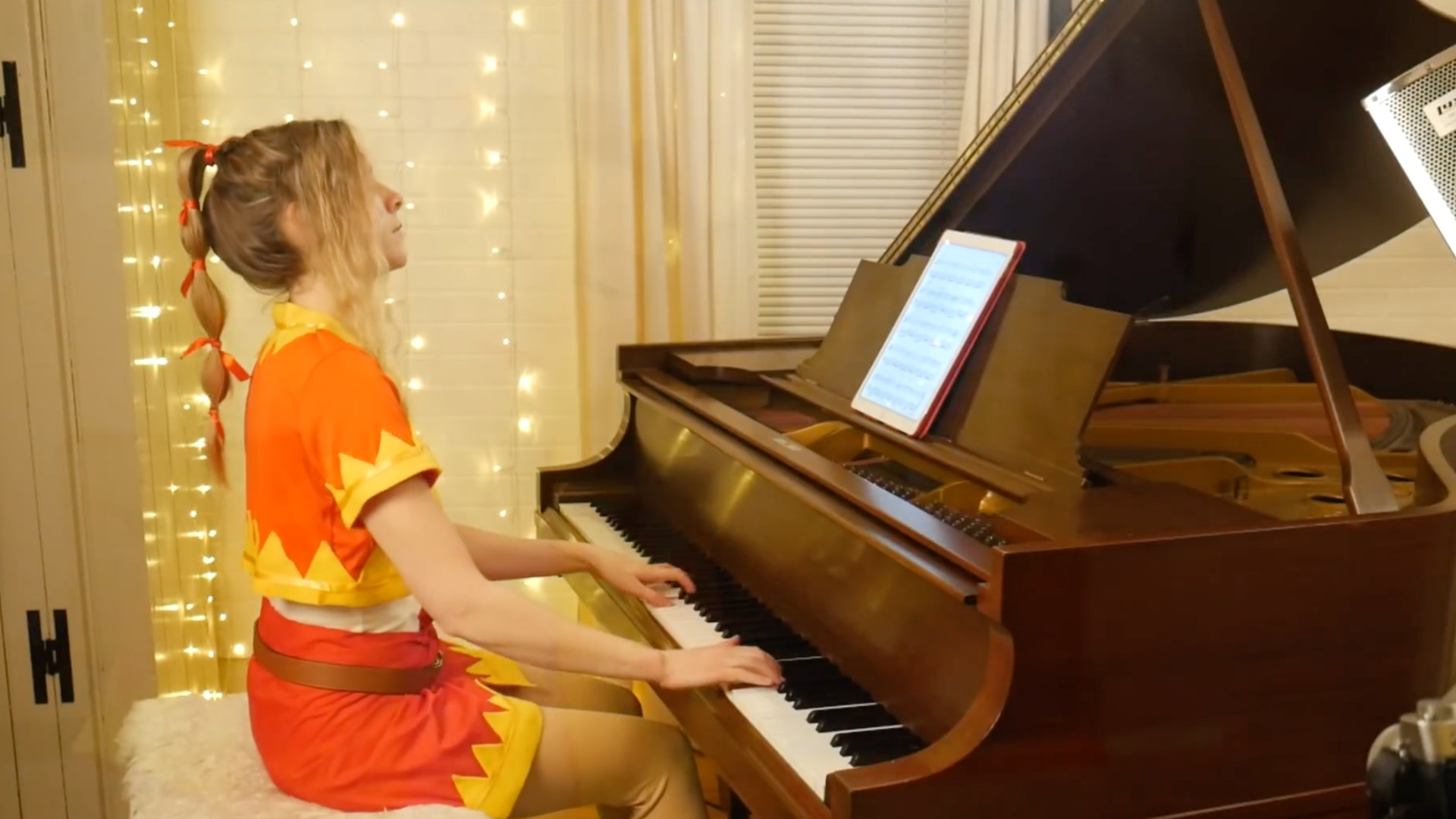 Kara Comparetto, a professional pianist known for her RPG music covers, just dropped a huge video where she performs the complete Chrono Cross soundtrack to celebrate the new Radical Dreamers Edition. Go check it out below. There are timestamps for each track if you click through.

In the description, Kara Comparetto mentions that she’s working on the Chrono Trigger soundtrack for her next video, this time with three instruments. There’s talent, and then there’s pure virtuosity.

In celebration of the remaster for Chrono Cross, I decided to postpone my Chrono Trigger soundtrack project and “quickly” record the entire soundtrack for Chrono Cross! The recording sessions took three days. It’s the post production that takes the most time, since it involves hundreds of GB of video and audio, and countless hours of editing. I captured four different angles, which was quite useful since at times I would forget to press a button on a camera, or accidentally delete a file. There was always plenty to work with.

I couldn’t have done it without David, who put the entire video together for me. We spent the last few weeks with him sending me clips of the project and me approving them. This took a huge load off of me, and made the project something fun instead of burdensome. Chrono Cross happens to be one of his favorite soundtracks too, so that was a plus!

I was so thrilled with how well my Final Fantasy VI complete soundtrack did […], and it made me realize what a cool thing it is to have the entire soundtrack in one continuous audio- no fadeouts or endings until the last piece. I’m looking forward to doing the same thing with the Chrono Trigger soundtrack, except with three instruments instead of one! Both Chrono games were wonderful childhood memories of mine. I’m planning to play the Cross remaster on a live stream in the near future!

That’s right, Kara did the entire Final Fantasy VI score too (watch that one here). She doesn’t play all the songs in one go, of course, but the feat is no less impressive. Each video requires a lot of production and editing work (not to mention the actual performance), so kudos to everyone involved.

Kara Comparetto regularly streams on Twitch, where subscribers can request out of a 2000+ song list. You can find her work on YouTube, Spotify, and Apple Music. It’s no secret that we love VGM here at RPGFan, and we do our best to highlight awesome projects like this at every opportunity. Visit our Music section to find out what’s worth listening to!