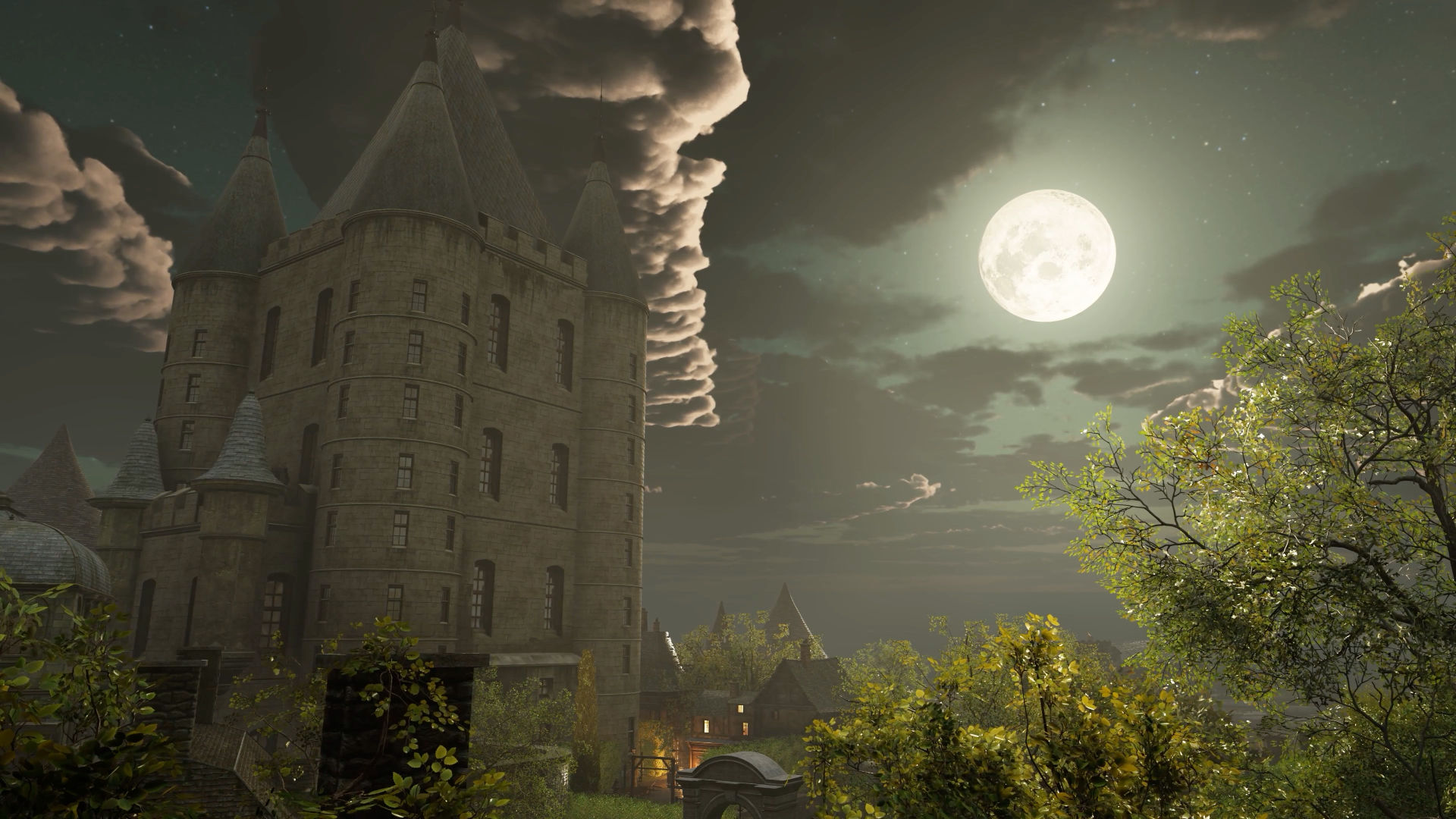 Well, it’s September and that means one thing: Nintendo Direct rumours are back! Oh, and we also have Tokyo Game Show to look forward to as well, so I’m sure there’ll be plenty of exciting news in the weeks ahead!

I thought it would be fun to use this week’s intro to make a few predictions. Then we can circle back in a few weeks and see how I did once said events have taken place.

Let’s start with the unconfirmed in the Nintendo Direct. There have already been some rumblings about The Legend of Zelda: The Wind Waker HD and Twilight Princess HD making an appearance, and while I’d be over the moon to have these games on the Switch, I won’t include them in my predictions as there’s no fun in predicting the same thing as everyone else. My call is that this is where we’ll see a new entry in the Fire Emblem franchise. It’s been just over three years since Fire Emblem: Three Houses was released, so I feel it can’t be long until we hear about what’s next for the mainline series. Will it be a new entry or a remake though? I guess we’ll have to wait and see.

As for TGS, we already know a lot of the titles that will be making an appearance, one of which is Crisis Core: Final Fantasy VII Reunion. I think it’s pretty likely we’ll get the release date for the game here. Square Enix has already said it will be releasing this winter, and my guess is some time in February 2023.

Now, my last guess is less of a prediction and more of a wish as I think it’s extremely unlikely. Atlus is attending TGS, so I’d love nothing more than our first glimpse at Persona 6. Come on Atlus, you know you want to!

This is fun, but in the interest of not letting the intro drag, I’ll leave it there for now. Instead, let’s take a look at the RPGs coming this week!

The title is set in a medieval fantasy realm that’s home to over 30 enemies of a variety of shapes, sizes, abilities, and strengths. Terra Ventura‘s world is also seemingly rather vast with the developers promising a variety of different locations and biomes, including underground caves, lava lakes, winter conditions, toxic wastelands, and desert dunes.

Terra Ventura looks like the perfect call back to the days of classic isometric RPGs that many hardcore PC RPG fans miss so much. However, I’m hoping the title’s incorporation of modern-day gameplay features might help it to bring in an audience that would otherwise be hesitant. This style of game has perhaps a rather small audience nowadays, so it’s a welcome surprise to see a title like this pop up on this week’s list!

Re:Legend is a co-op simulation RPG set on a beautiful tropical island. Sounds pretty ideal if you ask me!

Well, maybe not, as it turns out the game’s protagonist has lost all memories of their life prior to waking up on the beaches of “Vokka Island”. It’s up to the player to recover these memories by cultivating the land, befriending villagers, expanding the village, and raising their very own magical creatures known as “Magnus”.

However, there’s more to Vokka Island than meets the eye. The island is home not just to dangerous Magnus but also other difficult challenges, which means reclaiming your memories will be no easy feet.

I’ll be honest; this game isn’t really my kind of jam. That being said, I can see this going down really well with those looking for fun co-op games to play with friends and family, so I’m sure it’ll find success. One thing I will say is that some of the Magnus look absolutely adorable! If 505 Games aren’t already planning to release plushie versions of the creatures, they should get on that ASAP.

Wow, okay! Circus Electrique looks very unique and I for one am certainly here for it.

The title—part story-driven RPG, tactics, and circus management game—is developed by Zen Studios. Players will experience the story of a steampunk Victorian London where everyday citizens are mysteriously turning into vicious killers. It’s up to you and Circus Electrique‘s fine performers to save the city from this peculiar situation.

Once you’ve taken all the different factors into account such as skill chemistry and performers’ devotion to the show, it’s time to take to the stage and earn the money needed to keep the show on the road!

I’d not heard about Circus Electrique before writing this week’s list, but it’s certainly on my wishlist now. I’ll be keeping an eye out for reviews. Who knows? I might even end up picking it up!

Set during the fall of the French Revolution in 1789, Steelrising tells the story of Aegis, a mysterious automaton “masterpiece”. As the city of Paris burns at the hands of King Louis XVI’s robot army, players must take control of her to save the revolution.

Steelrising clearly takes inspiration from NieR: Automata and not just through its focus on autonomous machines. The title promises exciting action-packed combat where players will have to string together dodges, parries, jumps, and devastating attacks to fight their way through Paris.

Aegis also has a range of skills, upgrades, and abilities allowing players to tailor the character’s fighting style to their preference.

The premise of Steelrising seems genuinely rather interesting and unique. It also helps that, from the screenshots I’ve seen, the title looks breathtaking from both a graphical and artistic standpoint. I’m looking forward to learning even more about the title following its release on Thursday!

Players will take on the role of Noa Solares, an up-and-coming vigilante hacker. She’s on a mission to save her estranged father, Abner, from the world’s overreaching mega-corporation, Monomind. Along the way, you’ll be joined by a ragtag group of party members, including Noa’s best friend Ryder and her Martini drinking uncle and ex-corporate spy, Guin.

Jack Move features a fully customizable combat system, with players able to tweak the software of their Cyber Deck and switch roles on the fly to defeat enemies in a “unique single-party-member turn-based battle system”.

If Jack Move has piqued your interest, make sure to check out RPGFan’s demo impressions, written by Neal Chandran, from earlier this year! You can also try the game’s demo for yourself over on its Steam page.

It’s not very often that you see a brand new text-based RPG hit the market, but Roadwarden is exactly that. The game is an isometric pixel-art RPG that borrows mechanics from a variety of different genres, including visual novels, adventure games, and interactive fiction.

As a Roadwarden, you’ll be putting your life on the line to make a difference in the game’s grim fantasy world. Your profession means you’ll encounter a variety of different situations, from guarding travelers and connecting isolated villages to repelling attacking creatures and bandits.

It’s safe to say that Roadwarden looks stunning, and I’d be very interested in giving it a go. As of now, the title is only coming to PC though, so I’ll have to wait for a console release. It does seem somewhat perfect for the Switch!

Last but certainly not least, we have Broken Pieces. The title is a psychological thriller set in a French coastal village. Following an unexplained paranormal phenomenon, the game’s protagonist Elise finds herself trapped in the village of Saint-Exil in an imaginary region reminiscent of Brittany.

Players can freely explore the settlement and must investigate the mystery behind the region’s strange cult and their connection with the lighthouse, as well as Elise’s own circumstances, of course. Throughout the village, you’ll discover tapes that will provide clues to aid your investigation and help you get to the bottom of Elsie’s story. Just remember; you must be home by nightfall…

Fans of the narrative adventure genre have been getting lots of exciting releases recently. Let’s hope that Broken Pieces is yet another must-play title in the genre!

The title was originally released on PS4, Xbox One, and Steam in May of last year but makes its debut on the latest console hardware this Tuesday! For more on Biomutant, make sure to check out RPGFan’s review written by Audra Bowling.

Temtem is the Pokémon-like MMORPG that took the internet by storm when it entered Early Access on PC back in January 2020. This week, the title is finally hitting 1.0 and will make its debut on Nintendo Switch, PlayStation 5, and Xbox Series X|S.

Phew! There really are a lot of RPGs coming this week with plenty of variety too, so I’m sure something will have caught your eye. It’s a great time to be a fan of RPGs right now; there’s just so much cool stuff coming out.

Let’s not forget that TGS is right around the corner as well, so I’m sure we’ll get a look at some fantastic new JRPGs coming our way in the next few years!

As always, thank you for supporting RPGFan, and have a great week.