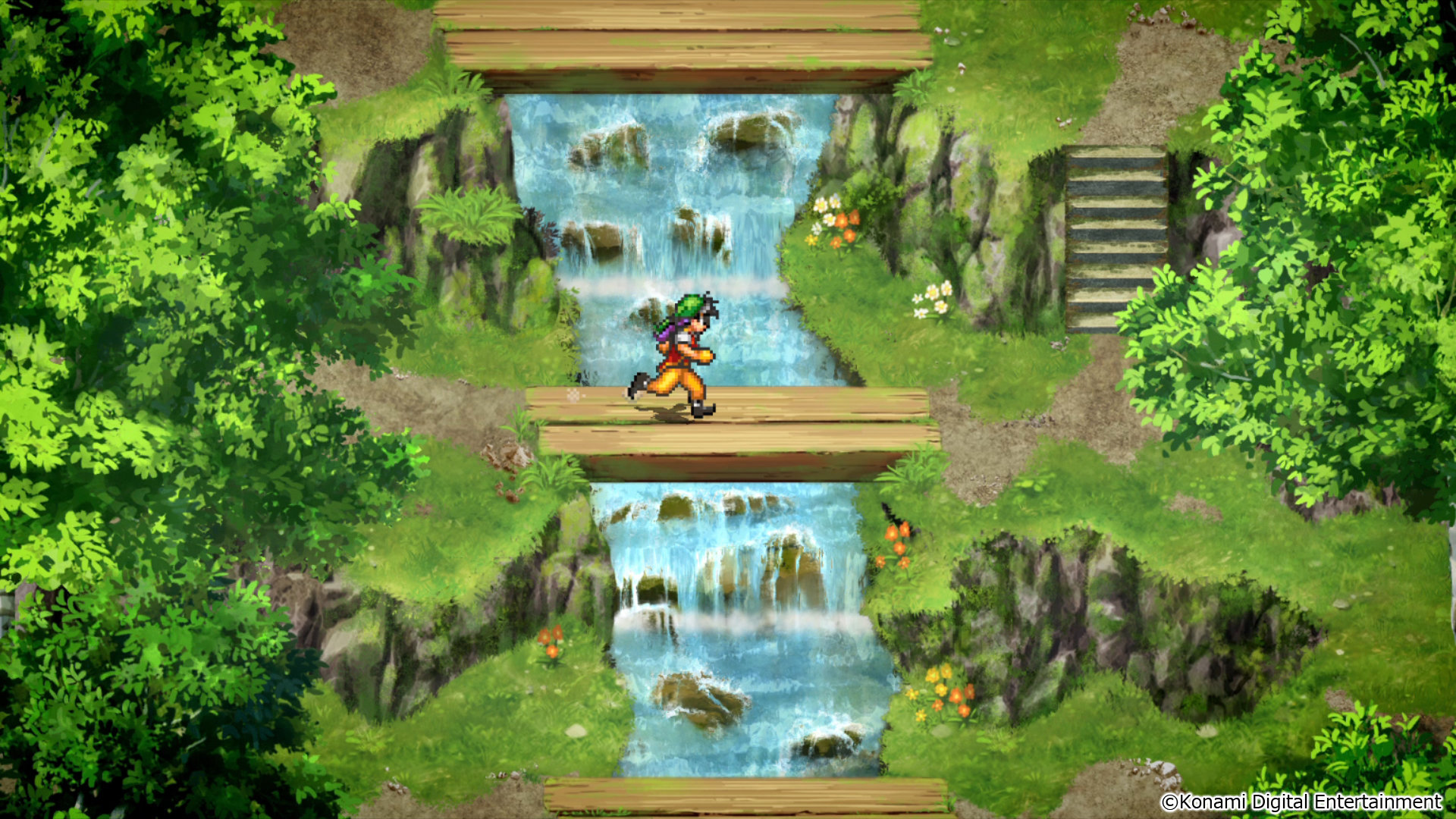 In news I never thought I’d be typing out, Konami just revealed Suikoden I & II HD Remaster: Gate Rune and Dunan Reunification Wars at Tokyo Game Show. It’s coming out in 2023 on PlayStation 4, Xbox One, Nintendo Switch and PC (Steam). Watch the trailer below and read on for a little more info. Holy crap, it’s real.

Worth noting from the Suikoden I & II HD Remaster trailer is the new environment backgrounds and updated portrait art. They look pretty slick! Here’s a few comparison shots.

A hero’s destiny is written in the Stars
The legendary Konami JRPGs Suikoden I and Suikoden II have now been remastered in HD!

The Story of Suikoden I
A once renowned hero turns into a violent tyrant, and an empire falls into decline.
A Liberation Army is rising up in an act of rebellion against an oppressive rule.
One by one the 108 stars of Destiny gather to shape the course of history.

The Story of Suikoden II
Our story’s hero and his friend Jowy are members of the Unicorn Youth Brigade, which participated in a drawn-out border dispute between the Highland Kingdom and the City-States of Jowstown .

A few months earlier, a truth agreement was signed between the two forces, both of which were happy to see an end to the fighting.
However, hidden under the momentary peace the fires of a new war continued to smolder…

IGN put out exclusive footage of the Neclord boss fight from Suikoden II. Check it out to see the new battle effects in action.

What to Know Ahead of Suikoden I & II HD Remaster

We’ve talked a lot about Suikoden over the years at RPGFan. Whether you’re a newcomer or an oldhead, you should read our series primer. After that, consult our reviews of the first Suikoden and Suikoden II. Retro Encounter did two-parters on the second game in 2018 and the first just a few months ago. Essential listening, if you ask me. Lastly, the original series creators are releasing a spiritual successor of sorts in 2023: Eiyuden Chronicle: Hundred Heroes. The release of Suikoden I & II HD Remaster could not be more timely or untimely, depending on who you ask.

In any case, stay tuned to RPGFan for more Suikoden I & II HD Remaster news! I cannot believe I’m saying that about a series I thought had died, but sometimes miracles happen!