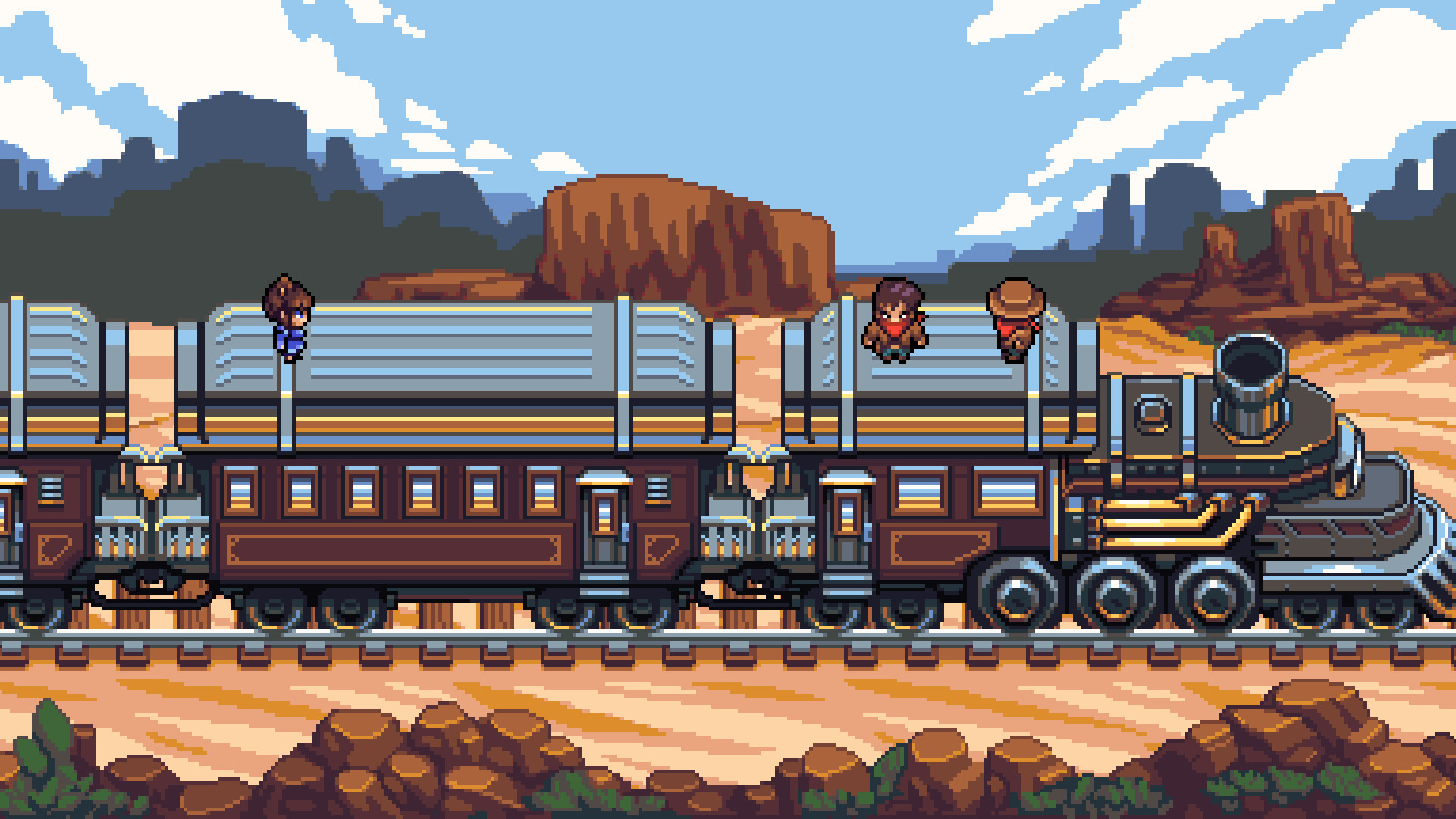 September has arrived, and the cool autumn winds have brought us a shiny new pixelated quest. From the developers of Shadows of Adam comes Quartet, a turn-based RPG featuring four interconnected storylines that converge in a grand finale involving the fate of the world. Fans of SNES and SquareSoft classics, read on!

Quartet invites you to a world filled with Steampunk airships, unlikely mages, and intelligent hippopotamus-adjacent creatures. You’ll meet eight playable characters in total, including said creature (officially known as a “Euruphant”), a magical chef, and a very fashionable spy; play through their respective storylines while uncovering a centuries-old war for the future of magic! The game’s initial four chapters can be played in any order you choose, with all eight heroes ultimately joining forces; think Wild ARMs or Suikoden III.

Quartet’s turn-based combat encourages you to link physical and magical attacks with buffs and debuffs to perform devastating combos. Though short-lived, buffs can be stacked, and many of them will give multiple bonuses (such as an increase in both strength and speed). Meanwhile, though your final party will consist of all eight characters, only four can participate in battle simultaneously. Characters waiting on the sidelines will recover AP quickly; swap them into your team and they’ll be able to take action right away. Strategic use of both combos and character swapping will be key to winning difficult battles!

Quartet still needs a wee bit of help reaching its base target, after which stretch goals include console ports and an extra endgame dungeon. Personally, I love what I’ve seen so far, with the game’s mix of steampunk and fantasy bringing to mind Final Fantasy VI, Chrono Trigger, and Wild ARMs. Let’s follow our eight new friends and see what this vast pixelated world has in store!