Hylian Highlights: Celebrating The Legend of Zelda ~ An RPGFan Feature 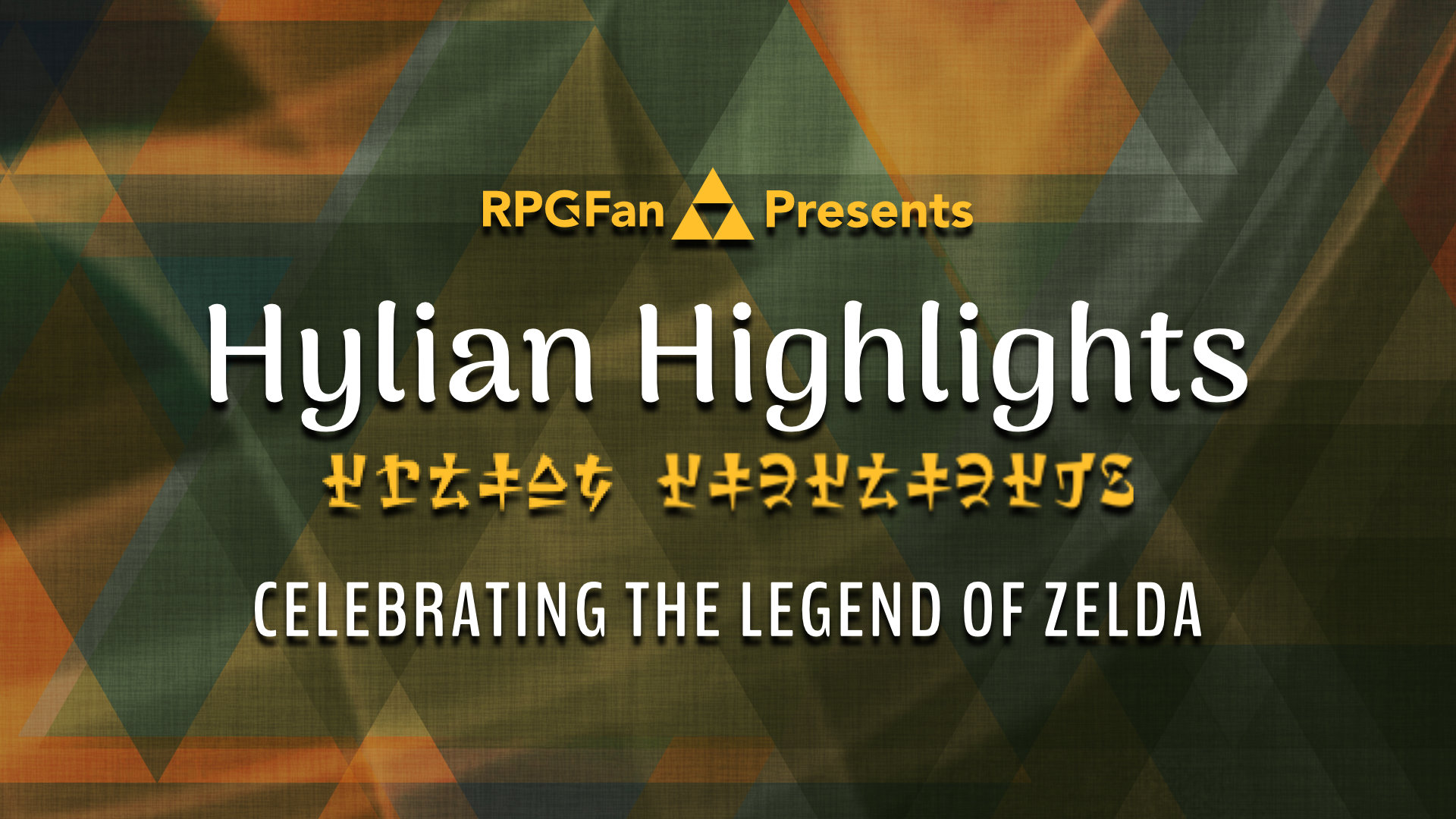 So many vital gaming series began in the ’80s. It’s only in recent years — as developers celebrate 20- and 30-year milestones — that many of us have really stopped to think about how much of our lives we’ve spent with the likes of The Legend of Zelda, Mario, Final Fantasy, Mega Man, and so many more. We celebrated Final Fantasy‘s 30th Anniversary in grand fashion at the end of 2017, and all through April, we’re going to celebrate Nintendo’s “not really an RPG as its mostly adventure, until 2017 and now it’s a bonafide action RPG” series.

In this feature, several members of the RPGFan team have put together nine themed articles, touching on classic The Legend of Zelda conceits like some of our favorite dungeons, equipment, and characters. In addition, every episode of Retro Encounter for the month is going to be Zelda-focused, so each Thursday you’ll have another Zelda-based show to listen to.

Below you’ll find links to each part of our Hylian Highlights feature, both articles and Retro Encounter episodes. We hope you enjoy some of these memories as much as we enjoyed revisiting these games and collecting them.

This feature was originally published on April 8th, 2018. We refreshed and re-published it in 2021 in honor of The Legend of Zelda‘s 35th anniversary.