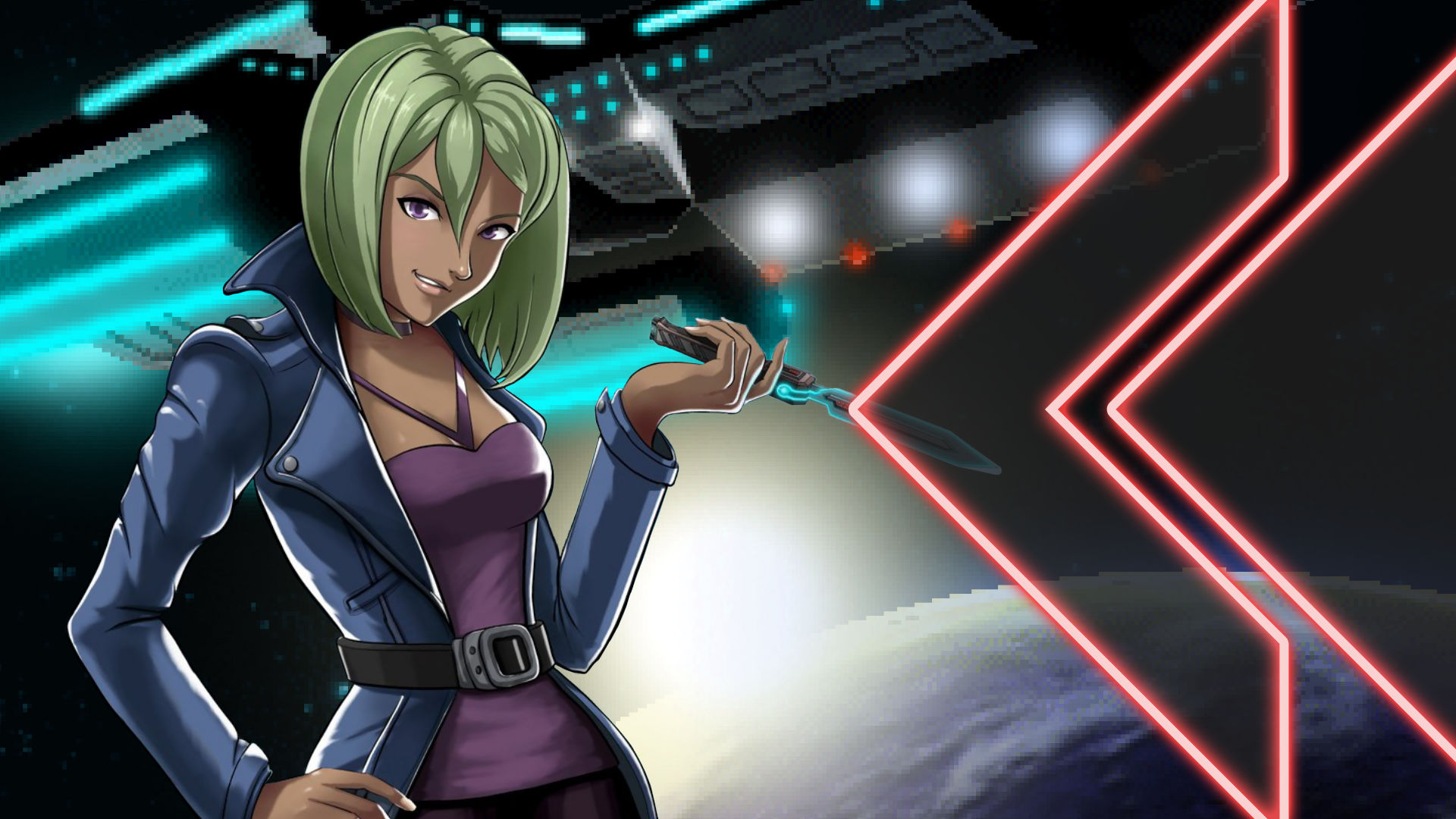 Cosmic Star Heroine is game of admirable ambition, clearly inspired by many of the most acclaimed 16-bit Japanese RPGs, striving to hit those highs in a brisk runtime with gameplay concepts from a time beyond that golden age of JRPGs. The game looks like a brilliant lost Super Nintendo RPG and feels like a quality indie RPG of the 2010s, but somehow didn’t feel like enough of either?

Let me try to explain.

Cosmic Star Heroine stars Alyssa L’Salle, a science fiction martial-artist-slash-super-spy-slash-revolutionary who becomes embroiled in a conflict that could threaten all known sapient life. The game includes three planets to explore, with segments inspired by survival horror games, detective fiction, wild west stories, spy movies, and every type of role-playing game. Unfortunately, the settings and scenarios changed so rapidly that at times I couldn’t tell what kind of game Cosmic Star Heroine was trying to be.

Combat is turn-based with battle meter manipulation like Grandia II or Final Fantasy X, and the mechanical variety is outstanding, with eleven playable characters with diverse movesets and customizable skill and equipment loadouts.

Nearly every character in Cosmic Star Heroine has a dedicated optional mission, and recruiting NPC crew mates for your spaceship is a persistent, fun side quest. There are a lot of cool ideas in CSH, but the game’s pace suffers from whiplash between different events, and the lack of dialog outside of important story scenes makes the entire cast seem underdeveloped. While I really like Psybe, Sue, Chahn, and Orson (my non-Alyssa team rotation), I wish all four had more story shine. On the other hand, I’m still not sure what in-game purpose Clarke and Finn have, if any. The story of Cosmic Star Heroine isn’t bad, but I wish it had more inter-party dialog.

In pre-release crowdfunding campaigns and marketing, Zeboyd Games openly cited their inspirations of Chrono Trigger, Phantasy Star, and others to build a fair amount of interest within RPG and indie game online circles, but I personally feel it was a victim of its own hype. I was an enthusiastic supporter of the CSH Kickstarter, but when I first played the game in 2017 I lost interest quickly, distracted by playing other games and producing podcasts.

Cosmic Star Heroine‘s kitchen sink approach to both story and gameplay design resulted in a game that’s beautiful to behold and fun to play when you’re in the midst of combat and team-building, but feels uneven and muddled overall. It’s worth a try if you go in with the right expectations, but I would never place Cosmic Star Heroine on the same tier as the games it claims as its forebears.

I started playing Cosmic Star Heroine largely out of curiosity; the visual style looked neat and I’d heard great things about Zeboyd Games’ other titles. Overall, I found it to be an enjoyable RPG with a great eighties’/early nineties’ sci-fi aesthetic. The battle system was fun and I even bought a song from the OST off of iTunes afterwards!

Unfortunately, the narrative could’ve used a little more balance and I wish many of the characters had gotten more development. Ultimately, Cosmic Star Heroine is an entertaining game that never quite reaches stellar heights. But, on the plus side, it has Psybe! Who knew a cybernetic bug scientist would wind up being my favorite character? Psybe Appreciation Club unite!

When we look back on the days of the SNES and Genesis, we tend to focus on the JRPGs that made a difference; the ones that changed the course of the genre forever. But there were also countless other JRPGs that couldn’t quite live up to their shining example. These games may have looked, sounded, and played similarly, but there was just something about them that was missing at their core.

That is how I felt in my playthrough of Cosmic Star Heroine. Almost all of the pieces were there, but the game never came together into the experience that I hoped it would be.

The visual presentation of CSH is stunning, offering exceptional pixel art that reminded me of my favourite 16-bit JRPGs, except in HD and widescreen. Similarly, the battle system is complex and enjoyable, with every battle feeling like a puzzle to be solved rather than an interruption to the end of the dungeon.

Unfortunately, where the game doesn’t live up to its inspirations is character and story. Characterizations are flat with forgettable dialogue and barely-sketched-out personality archetypes. Additionally, the narrative moves so fast at times that it feels like the characters are simply going along with events only to get to the next plot flag. Betray the spy agency that you’ve spent your life serving? Sure! Join the rebels? Why not! Betrayed by an ally? Fine, whatever, let’s get to the next Chrono Trigger homage!

Cosmic Star Heroine feels like more of a letdown than it actually is. It isn’t a lousy retro-style RPG by any means. The battle system is fantastic and the graphical presentation is incredible, but the overwhelming problems with the story and characters leave it a forgettable experience overall. The truth is that expectations for Cosmic Star Heroine were so incredibly high that Zyboyd Games couldn’t begin to meet them. If anything, the game demonstrates why titles like Chrono Trigger and Phantasy Star IV are still so beloved today. However, if you go into CSH with expectations tempered, you may discover a beautiful-looking RPG and some solid gameplay mechanics. Just don’t expect a story that you will remember long after you beat it.