Posted by Michael Sollosi on September 4, 2020 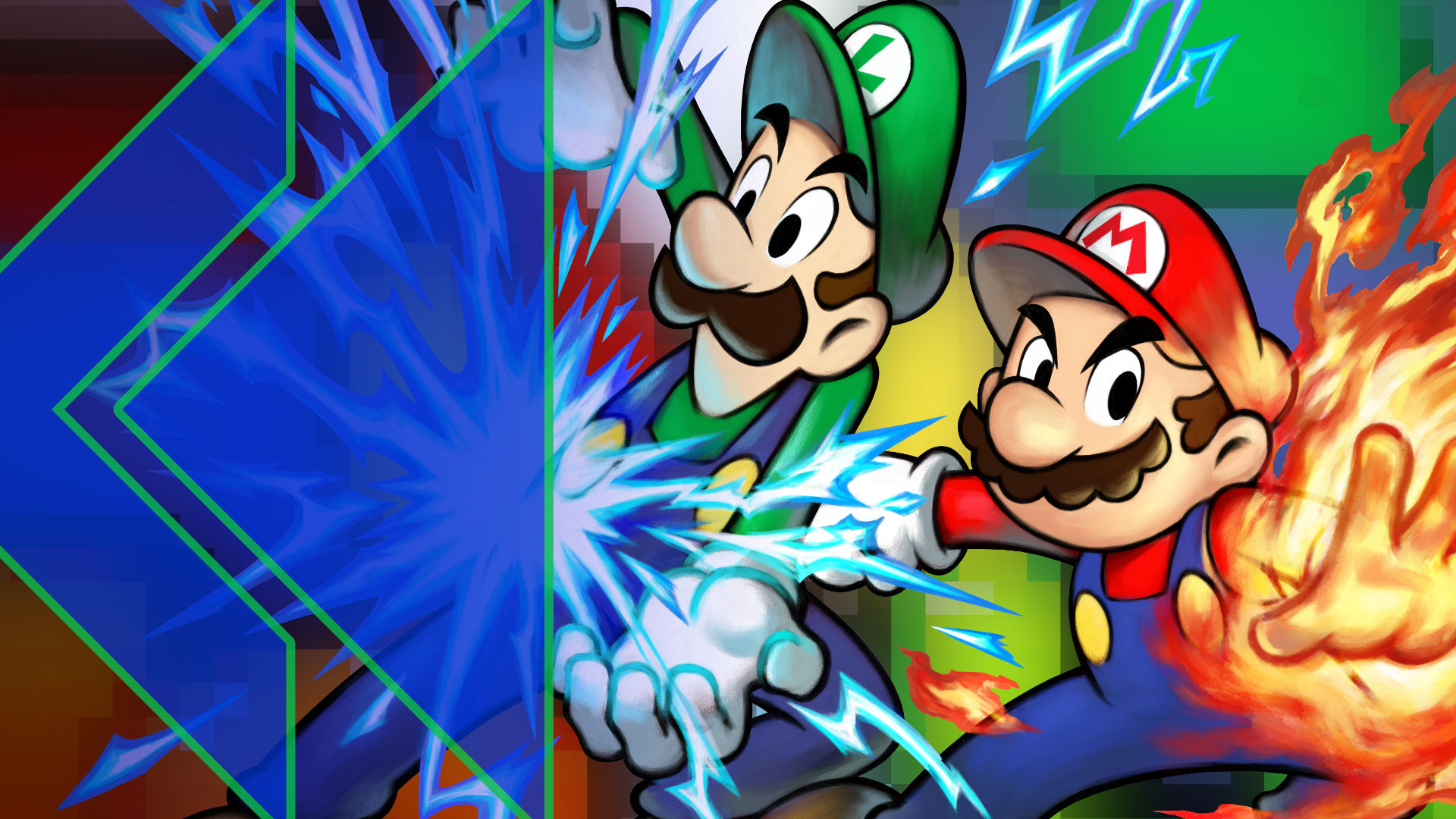 Mario & Luigi: Superstar Saga is a very influential game from my childhood that helped bridge the gap between the world of Super Mario I was already familiar with and my future obsession with role-playing games. There’s a reason my old forum handle was IhaveFURY! While I’ve since gone back and played some of the earlier examples of Mario’s RPG lineage, I still consider Superstar Saga as an ideal example of transplanting a long-standing video game icon to a totally different genre than they’re accustomed to. The way the Mario & Luigi games handle timed button presses in combat, the minor platforming elements in the game’s world and puzzle design, and the tongue-in-cheek nature of the whole experience really comes together into an enticing package.

Despite my history with Mario & Luigi‘s initial handheld foray, I hadn’t actually played it in years, having sold my GBA copy a long time ago. Being able to revisit Superstar Saga on the 3DS was like going home in a weird way. The 3DS remake offers a few minor QOL enhancements and a gorgeous fresh coat of paint on what was already a solidly designed, charming adventure, and rediscovering all the little nooks and crannies of the Beanbean Kingdom for this podcast was an absolute treat. While I understand that a lot of fans were kind of tired of the Dream Team engine at this point—and not undeservedly so—I think the art style on display here really works to enhance the experience, even if some of the more unique assets from the original game are lost. It certainly feels like more of a natural fit for the remake treatment, unlike, say, Bowser’s Inside Story.

It’s deeply unfortunate to me that developer AlphaDream is out of the picture nowadays. Playing Superstar Saga again just reminded me of how talented those developers were and how much love they had for their source material, and it’s a shame that they got pegged into rehashing the same ideas over and over again until it was no longer enough for them to turn a profit. Maybe one day, we’ll get another Mario RPG that lives up to their legacy, but for now, I still hold up Superstar Saga as one of the best Mario spin-offs ever created. It is, shall we say, the delicious mustard on the sandwich of Nintendo’s desires. The mustard… of our DOOM!

Mario & Luigi: Superstar Saga is a game that thrives on charm. How delightful is it that Luigi hits Mario like a baseball at enemies with a hammer? How hysterical is it that Cackletta is outwitted by Princess Peach at every turn? How ridiculous is it that there is an entire kingdom obsessed with all things beans?

Unfortunately, for me the answer to all 3 is “not very.”

I’m not someone who is immune to charm, or buoyed by my own self-importance to the level that I can’t enjoy an experience akin to cotton candy. I ravenously devour the latest bubblegum pop tracks that I can get my hands on. I am overbearingly expressive and unabashedly composed of 50% glitter. But charm is entirely subjective, and Superstar Saga could charm the pants back on me.

Is it a “bad” game? Probably not. But it did fail to present anything that truly grabbed my attention. The objective of a game like Superstar Saga is all Pop Rocks and belly laughs, and to this end, it is outdone by many other games that feature more innovative mechanics and greater narrative ambitions. Where a game like Mother 3 is both a stand-up routine and a critical journey through the pitfalls of consumerist lifestyles, Superstar Saga feels, well, downright boring.

As I arrived upon a credits scene that followed the slightest resolution I’ve ever experienced in an RPG, I couldn’t shake the feeling that I wish I had put my time elsewhere. And more specifically, that feeling could be best stated as “I wish this was Paper Mario.” As I basically have my pom-poms out for any RPG I play, even ones that likely don’t deserve it, it’s strange for me to have a Final Thoughts spot where I say so little about the actual topic at hand.

Perhaps this is all unfair to this series (and to the now-defunct development team at AlphaDream), but unshakeable things exist in the same space as the experience of charm: entirely subjective and difficult to explain.

I started playing Mario & Luigi: Superstar Saga around two years ago, and that is the same playthrough I finished for this Retro Encounter episode. The 18-month hiatus I took ended up being very illustrative, as it demonstrates not only the frustrations the game inflicts, but also its nature as an essential GBA work.

I initially stopped playing soon after completing another hour-long dungeon in which I had to solve the same puzzle in a labrynthine, monotonously-hued environment just to open a door right next to the entrance of the dungeon. Naturally I suspected this experience would get worse as I progressed on to more elaborate levels. The dialogue and characters were pushing me through these stages, but I had run out of propellant.

In the grand scheme of things, these annoying parts were only a small section of the game. The later stages were certainly more elaborate, but they were so creative and delightful that I nearly forgot about all the friction I felt before. Puzzles that could have been more frustrating were instead hilarious, intelligent, and joyful. The characters continued to charm throughout, and even a fetch quest in the middle of the game somehow dodged the fetch quest bullet by being breezy, logical, and a great vehicle for meeting a couple of wonderfully eccentric and funny characters. In my mind, Superstar Saga is one of the most successful post-Game Boy Color handheld works.

Mario & Luigi: Superstar Saga has surprising amounts of humor in its dialog and elegance in its gameplay mechanics that blew me away when I first played it 15 years ago. It uses the A and B buttons almost exclusively in traversal and combat (only needing L, R, and Start for skill swapping or going into menus), creating some pretty cool puzzle-solving and special attack mechanics that still feel fresh in 2020.

I think that the 3DS remake I played for the podcast is competent and faithful, but a little bit is lost in translation. Choosing skills from a menu instead of switching via L-R-A-B doesn’t feel quite as special, but the boss fights against the amusing maniacs Fawful, Popple, and Cackletta were as impactful as ever.

Superstar Saga is consistently fun and funny, and even had me reconsider Mario characters that had been around for decades. Bowser is equal parts oafish, cooperative, and dangerous to himself and others! Luigi is now a big-hearted easily-frightened sweetheart of a little brother with a lustrous ‘stache! For its mechanics, writing, and for gifting the world the modern Luigi, I think Superstar Saga is one of the GBA’s finest RPGs. And is unsurpassed in its sandwich metaphors.