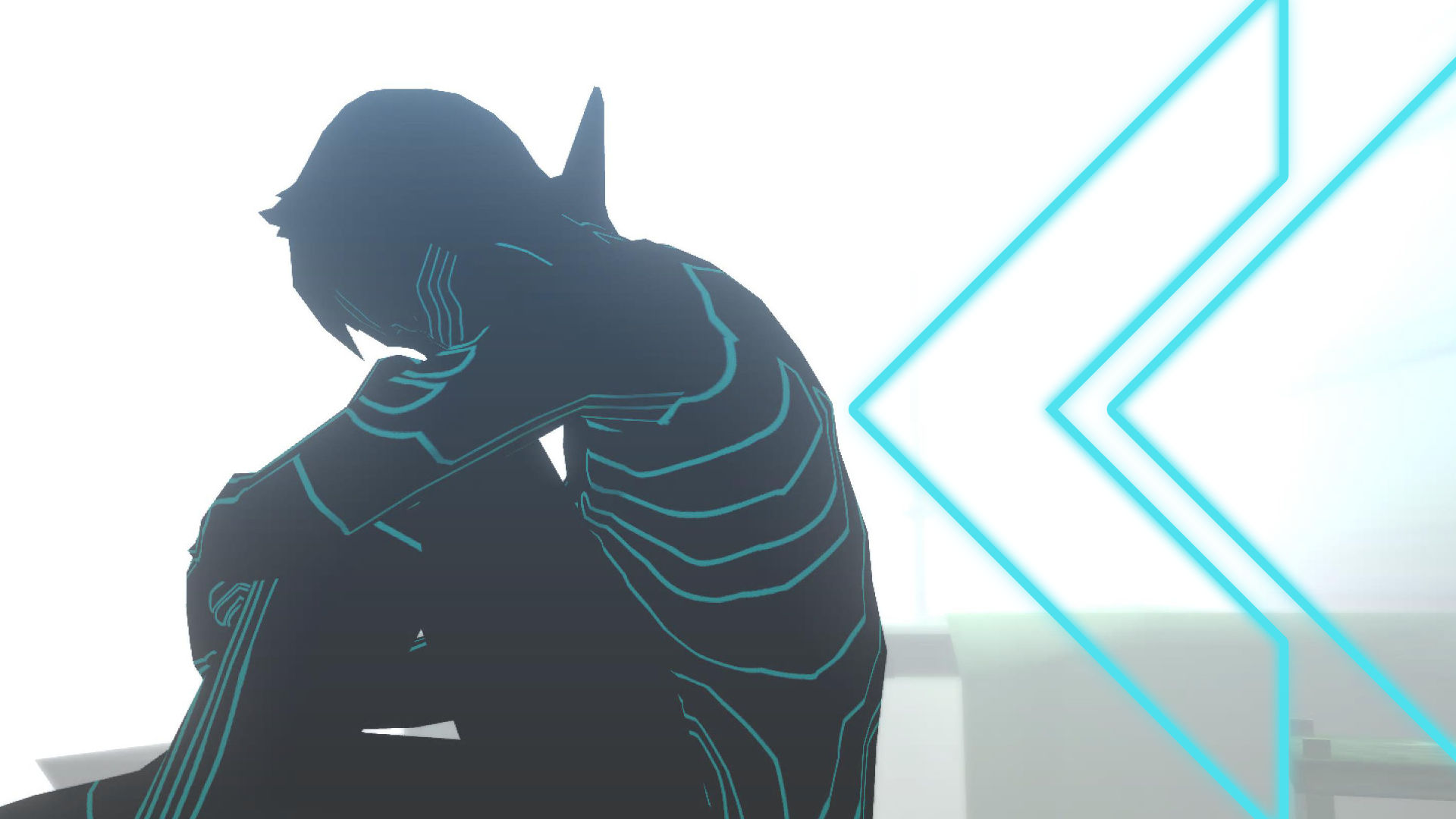 Shin Megami Tensei III: Nocturne‘s reputation precedes it. This is the PS2 RPG for “hardcore gamers,” while Personas 3 and 4 are for players who cared more for living through an anime series set in a Japanese high school with some demon summoning on the side. I am more the Persona type. I love Persona 3, Persona 4, and Digital Devil Saga, but wasn’t sure I wanted an RPG that was more challenging in gameplay but more empty in story and character, so I pushed Nocturne off to the side. I wasn’t wrong in my assumption; Nocturne is far less forgiving than its Atlus siblings on the PS2, but I was certainly wrong to dismiss it. Nocturne is excellent.

Nocturne is set in a post-apocalyptic Tokyo, and the player must navigate the mean streets (and many cavernous train tunnels) of the broken city to survive, negotiating with and allying with demons along with fusing them together in ritual sacrifice to make stronger ones. This game has the open-ended JRPG traversal of a Dragon Quest for the NES and the monster-recruiting-and-evolving mechanics of a Dragon Quest Monsters for a modern handheld. Long dungeons test the player’s stamina for exploration and supply of MP-restoring items, and the snappy turn-based mechanics can be equally punishing or exploitable, with both the player and enemies gaining turns for critical hits and losing turns for misses and mistakes. The Press-Turn System exists in some form or another in many Atlus RPGs that follow Nocturne, including Shin Megami Tensei V later this year, which makes this an important addition to the franchise.

I won’t waste your time with my review for a game that’s been discussed among the JRPG fandom for nearly two decades. I will say that Nocturne is tough but fair, twisted but thoughtful, and bleak but beautiful. The characters are centered more around specific philosophies than character arcs, and there isn’t any “good ending” as much as a “which version of Hell is the most appealing to you,” but Nocturne takes its characters and endgame scenarios with a grim solemnity that’s almost refreshing compared to my typical menu of RPGs featuring friendship triumphing over evil. If you go in with the right expectations, then you might enjoy Nocturne as much as I did; I was worried about Nocturne‘s hardcore nature, but ended up liking it a lot. Nocturne will test your patience, but reward scrupulousness and persistence with victory screens that feel truly earned.

Shin Megami Tensei III: Nocturne is really the game that properly got me into the Shin Megami Tensei series, and for that it’ll always have a special place in my heart. Nocturne’s got a unique atmosphere, an atmospheric soundtrack, and story hooks that feel unique even within the Shin Megami Tensei series. I might have had my frustrations with the game this time, but this is a perfect game for a different version of me, at a different stage of life. It’s best for someone with a bit more time, and a bit more willingness to commit to a single game even when it gets to be a bit of a slog.

It’s a game that asks a lot of the player, and it’s likely too much to ask for most. For those that it hit for, it’ll be an all time classic, even after your tastes have changed. But it’s a tough sell for newcomers who missed it during the initial release. The dungeons are enormous and relatively featureless. The combat system is mechanically satisfying but the fights boil down to a lot of trial and error. The plot has interesting beats and heady concepts, but lacks human connection for long stretches. But by the end of the game you’ll have gone on a fascinating journey…if you make it that far.

Replaying this classic made me feel validated in recommending Shin Megami Tensei IV to newcomers in our game guide. While Nocturne hits a unique note that many have fallen in love with, its sequel is a more modern experience with a more human element to pull players in and more interesting dungeon design. Despite my evolving opinions on my entry to the series, it’s still something for series fans to experience. Just know what you’re getting yourself into and set your expectations accordingly, and you’ll still find some meat on these bones.

I’m going to be honest and say that I didn’t enjoy Nocturne nearly as much as my colleagues. Certainly, I respect a lot of what the game is doing. The world of Nocturne is deeply unfriendly, so the game is unfriendly back to you. It’s a clever conceit that Atlus took too far, though. The dungeons were overly long and frustrating, filled with repetitive corridors and obnoxious “puzzle” mechanics. Random battles are frequent, and in the late game especially, these have too many enemies who have a ton of resistances and are likely to one-shot you if you’re not careful. Oh, and can we talk about the fact that if your demi-fiend goes down, your whole party wipes? This was annoying in later Persona titles, but at least the even difficulty curve prevented that from happening all the time. Losing two hours of progress because I was hit with an instant death spell almost caused me to throw in the towel here.

Perhaps the thing I found most problematic is that, at its core, Nocturne isn’t really as difficult as its reputation suggests. Instead, it relies on cheap tricks to make the game seem more difficult. Most bosses can be fairly easily dispatched with buffs and debuffs. I’ve played Dragon Quest, so I understand that. Hit weaknesses to do more damage. I’ve played Persona, so I get that. But, particularly towards the end, the game introduces more and more gimmicks, and these gimmicks often don’t involve battle strategy, but before battle set-up. One boss only takes damage from electricity magic, for example. Once you’ve got it, there’s really not really any strategy in battle outside of the tried-and-true basics. It’s not clever. It’s not hard. It’s just annoying. And I grew very tired of the constant tinkering and time-wasting by the end of the game.

I am grateful for something Nocturne did for me, though: it helped clarify what I value in video games, and art in general. For years I thought that I just enjoyed darker narratives filled with pessimism and ambiguous morality. Nocturne has all that, to be sure. But what it lacks, and what I want, is some semblance of hope, some shred of humanity. Without it, the whole game just feels like misery for the sake of it, and this extends all the way from the story to the gameplay mechanics.

It turns out that’s just not for me.