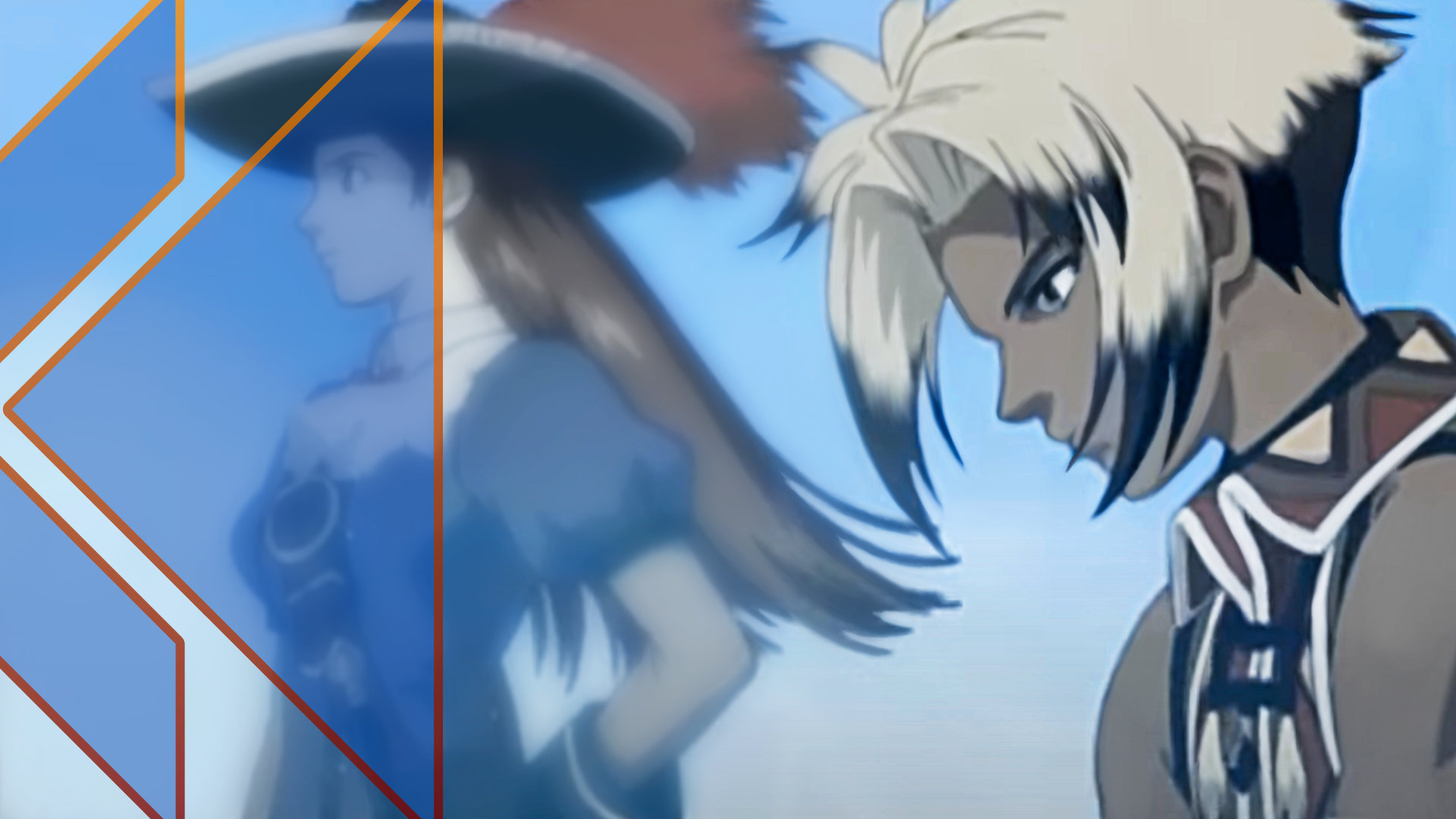 I started my Suikoden journey only two and a half years ago for this very podcast. Before these episodes, I’d only played the first two games (of which Suikoden II has become one of my all-time favourites), and with Eiyuden Chronicle: Hundred Heroes on the way, this felt like the perfect time to jump into the next game in the series.

But after pouring 65 hours into Suikoden III, I find myself at a crossroads.

Suikoden III is a game where lore and history seep out of every pore of the land. The extra details about the 27 True Runes, about the pain and punishment of wielding one, and about the cycle the world is locked into, was deeply fascinating. And I adore the 108, who are collectively my favourite so far, with lizard blacksmiths, sleeping dojo masters, and a character whose child and adult self occupy one star each. They are all eclectic and lovable. This game also introduces a fantastic skill system that allows for that extra bit of customisation to your favourite Stars.

But it’s clear that Suikoden III is a bit too ambitious, and as a result I think the heart that’s present in the first two games is lost a little bit. The jump from 2D to 3D brings the pacing of the game to a grinding halt, and combat loses the snappiness of the prequels in favour of paring up characters, but this never feels fully utilised. The Trinity Sight System is a too-obvious way of presenting all sides of a conflict, with the three main characters lack the growth of Tir and Riou from I and II respectively. It’s only Thomas’ side chapters, and the final secret chapter, that really deliver. Seeing the young Thomas start from nothing, and bring together a diverse, accepting community with the goal of unifying the Grasslands, and creating a home for anyone, is truly beautiful. I wish there was more Thomas.

So while Suikoden III is a game I liked, it’s one I respect more than I love. It tries to shake up the Suikoden formula but it can’t carry the weight of all its ambition. Fortunately, the parts that do shine – the 108, the additional chapters, the skill system – do very brightly. It’s amazing to me that there still isn’t anything like Suikoden, and with each game I play, I see and understand even more why fans laud these games, faults and all.

Speaking of faults, I’ve heard the waters of Suikoden IV are pretty rough. Luckily, I have experience with ships and sailing in RPGs.

My Suikoden obsession started around ten years ago and has never gone away since. Love affairs with Final Fantasy and Shin Megami Tensei come and go, but my love for Suikoden never wanes. The series walks the fine line of mature war story and whimsical fantasy adventure deftly most of the time. Even when it struggles to deliver the full vision they wanted, it’s pretty clear if they had the budget and the time they would have achieved it.

That’s how I feel about Suikoden III in general. It’s an amazing concept spread a little too thin, a fun battle system not fully optimized for speed and beautiful character designs held back by a clunky transition from gorgeous pixel art to early PS2 era models.

This is not to say I don’t love this game, because I do. As I say on the podcast, a less than perfect Suikoden game is still one of the best JRPGs you could play. In a genre that is mired in pandering to a demographic that cares more about a female characters breast size than what she has to say, Suikoden always rises above it with a level of taste and maturity I wish was less rare.

The last time I recorded a podcast about Suikoden we had no idea that Eiyuden Chronicle was just on the horizon. I was overjoyed at the success of the Kickstarter because it just proved how beloved this series is despite all it’s been through. If Eiyuden Chronicle lives up to its spiritual ancestor Suikoden then it is my dearest hope it gets the level of support it deserves.

Suikoden III is my second Suikoden game, and while I loved it, it’s not exactly an easy game to recommend. Suikoden III is well-written and has some excellent gameplay ideas and story moments, but is bogged down by its very nature: a 2002 PS2 RPG with lots of text and optional content, but limited audio and modern conveniences.

This is the most PS2-ass PS2 game I’ve played at least since my attempt to finish Wild ARMs 3 in late 2019, and I mean that both as a compliment and as an expression of frustration. I have great nostalgia for the look and feel of PS2-era Japanese RPGs, but Suikoden III‘s fixed camera and overabundance of backtracking made the entire game awkward and slow even by 2002 standards. I played Suikoden III for just over 50 hours, but I feel like it could’ve been much shorter without detracting from its stronger elements.

But that’s more than enough negativity. Suikoden III has three parallel narratives with three great protagonists in an intertwining politics-heavy narrative that was fun to follow start to finish. The classic Suikoden side quests of recruiting 108 characters (“Stars of Destiny”) and building your castle town are both terrific. I have several new favorite characters of the series, especially the lazy martial arts master Juan and the distractable crossbow user Jacques. I especially liked the glimpses into the mythology and mysticism of Suikoden‘s world, with more light shed on the nature of the True Runes and how they affect their users.

So, while this was my most recent Suikoden experience, it won’t be my last. Even if the combat is underwhelming and the game feels too slow and too long, I had more fun the further I got. Especially after finding the Blinking Mirror.

My love for the Suikoden series is well documented on both Retro Encounter and the site at large. I love its diverse sets of characters, its focus on interpersonal and global politics, its world-building, and its (usually) snappy combat.

Suikoden III has always been a bit of an outlier for me. When I played it upon release…. I just wasn’t that impressed. Given that it’s often highly regarded, I chalked my initial reaction to the game’s lack of Flik and Viktor and have been looking to give it a go again.

It turns out I was on to some things all those years ago.

Let’s get one thing out of the way: this is still a Suikoden game, which means it’s still pretty good. It actually does some things considerably better than previous entries, like a more fully fleshed out 108 Stars of Destiny, the new skills system, and the Thomas chapters (which are a true highlight of the entire series). Otherwise, it tells a solid, intriguing story, and the battle system, while slow as molasses, brings an interesting element of strategy to the game.

Most of my criticisms have already been leveled by my colleagues above. The backtracking, the lack of focus, and oh boy that camera – they’re all problematic. But my biggest issue with the game is that it lacks what really distinguished Suikoden I, II, and V (heck, even IV to some degree): heart. The Trinity Sight System is cool, but it puts us at a distance from these characters. Things are constantly hidden from us, only revealed in the (hidden) post-game when all the potential emotional weight of those moments is lacking. The power struggle is not between and within people who are close, and without that emotional conflict, something is lost. Even moments that could have been effective are barely touched on.

Nonetheless, I’m glad I came back to Suikoden III. Although it might be my least favorite entry in the series, it’s still worth a spin for those who have the patience for some of its rougher edges.