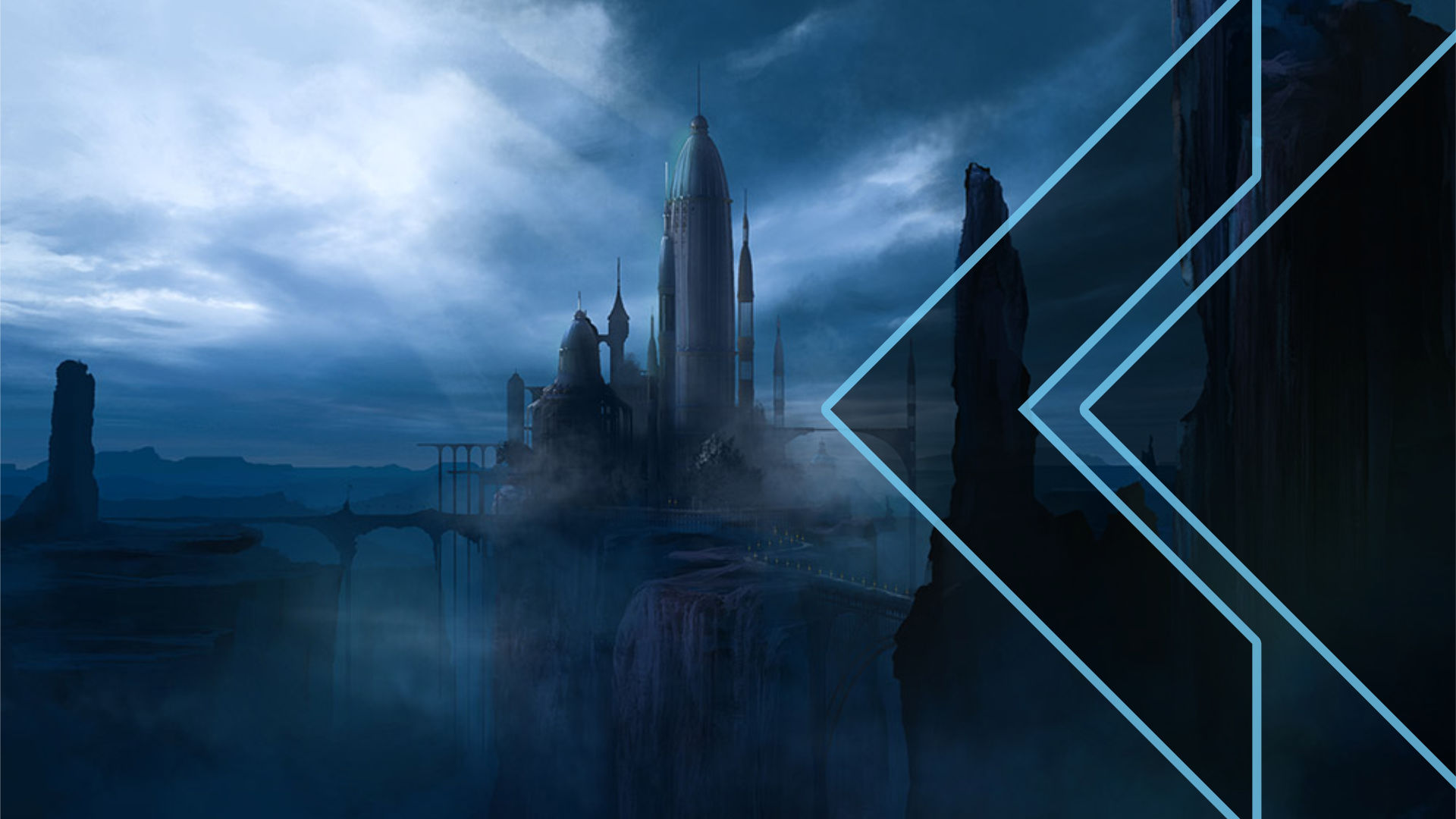 “When you lack a silver spoon, you fashion one of steel.”

As I look back on Tactics Ogre: Let Us Cling Together, it’ll be with this line firmly emblazoned unto my mind. This is a story of class and ethnic conflict, of land and blood. At a time when the JRPG was not yet 10 years old, a 12-person team at Quest created a game more grounded in the realities of contemporary geopolitics than any that had come before, and created a blueprint for a genre that continues to persist a quarter century later.

Tactics Ogre invites comparison to Final Fantasy Tactics and, in many ways, that comparison is salient. Tactics Ogre laid the groundwork for a job system that would be perfected in its successor, but both games have an equal knack for tense, moment-to-moment interactions. FFT is more focused on experimentation, and TO places linearity at the forefront of its battles and main story design. For those who vibe with their unique qualities, both of these games could be multi-hundred hour affairs.

I wouldn’t recommend Tactics Ogre over Final Fantasy Tactics on most occasions, but that doesn’t mean the former is without merit or advantages over the latter. Characters such as Ravness, Leonar, and Lanselot Tartaros are fascinating pivots in their own right. On a technical level, the PSP remake is much faster and smoother than the FFT: War of the Lions remake. Archers are actually viable (terribly so) in TO. And best of all we have The Chariot, which allows immediate rewinds of up to 50 moves back. If you can get down with a grid, Tactics Ogre is a fascinating and enjoyable slice of RPG history.

I’ve been a big fan of Final Fantasy Tactics for over 20 years; I enjoy a great many strategy games and tactical RPGs; and I’ve enjoyed all of the Ogre Saga games that I’ve played. That makes it all the more surprising that this year was my first sincere effort to play and finish Tactics Ogre: Let Us Cling Together, and it certainly took me long enough.

LUCT is not the first Japanese strategy RPG, and certainly isn’t the first RPG with a story full of political machinations and character melodrama. But Yasumi Matsuno’s classic was a cult hit in 1995, and its influence can be traced through decades of other games inspired by Tactics Ogre‘s mechanics and writing. I usually make Disgaea comparisons in discussions of video games with post-game content that goes far, far beyond the game’s story, but all these years I should’ve been saying Tactics Ogre instead.

But this fan-favorite classic is not without its frustrations. I was a little annoyed by every new class dragging character levels back down to 1, and annoyed further that so many maps amount to “death staircases” with battles of attrition against powerful monster units that gave just as much EXP and JP as a random battle against 6 or 7 humanoid scrubs. Tactics Ogre‘s story, while exciting and interesting moment to moment, hides so much lore and useful background information in optional codeces that at points I felt like I was studying for an exam. They hadn’t perfected RPG storytelling pace in 1995, though I was playing the game’s 2010 PSP remake.

Look, I had a lot of fun playing Tactics Ogre, but I only played through one story path and didn’t indulge in much post-game content. Unfortunately, with its 100-floor dungeon, multitude of optional quests, and ability to jump between story timelines, Tactics Ogre: LUCT celebrates its post-game. Players are encouraged—and almost expected—to explore every story path, unlock esoteric character classes, and break the 100-hour mark on this game, but for time and attention span reasons I did not. But I am glad I finally played Tactics Ogre, because as a strategy RPG it’s rock-solid and as an RPG education it’s a worthy investment. And holy smokes I will not underestimate video game archers ever again.

I can’t help but first be recalled to Spec-Ops: The Line, an FPS that tells its audience it’s an anti-war game but ends up still making war sort of exhilarating. Yasumi Matsuno’s message here is the game’s core, that war is full of senseless and usually unavoidable violence. The racial tensions in Valeria resemble the real world ethnic conflicts of the Yugoslov Wars, and it’s almost impossible to participate in the game without being at the center of a string of war crimes.

I’m also recalled to another Atlus series, Shin Megami Tensei, which also breaks down narrative morality into Law, Chaos, and Neutral paths. Like in SMT, Law does not equal “good” or “justice,” but something akin to a Machiavellian worldview, or, further, fascism. Chaos is geared toward chaotic-good, for players who want to follow their values but end up equally complicit in a campaign of death, whereas Neutral perhaps is somewhere in between. This conflict and the abuses of power it reveals are strikingly prescient in 2020, as callous ambition and the inability to listen are at the forefront of our own leadership.

Forgoing participating in a civilian slaughter (Law Route), I chose and stuck with the Chaos Route (Neutral stunk of “both sides-ism”) this playthrough, finding myself in dozens of useless and deadly skirmishes. There is actually one encounter you can avoid by showing up with no weapons equipped, but otherwise, every single opposing leader does not believe that you would spare them (which you prove by slaughtering their army, again and again). Inhumanity is inevitable, the wheel of history turns, you and your friends are forgotten cogs. Matsuno is most bleak here, but it works.

It’s a thick game, one of the thickest. It forces its players to struggle, to make them feel stuck. It’s plodding, and players can’t really go any faster than the game wants them to. Yeah, I’d call Tactics Ogre a capital ‘G’ Great Game.

I diverge a little from my colleagues on this game. Don’t get me wrong, Tactics Ogre: Let Us Cling Together is an amazing game in many ways, particularly because it was originally released in 1995, but I would find it hard to recommend to anyone who isn’t starved for SRPGs or just has an interest in the history of the genre.

To be sure, it is difficult to overstate the importance of LUCT upon its release. The game has multiple paths that are all compelling in their own regard, and most importantly, it gives you real consequences for the choices you make. The story deals with heavy themes in a fairly even handed way, and while it is difficult to make a truly anti-war narrative, as Nilson notes above, LUCT certainly shows the consequences effectively.

Nonetheless, there are many small to large issues that prevent me from really recommending this game. The key problem with the gameplay is that the balance is off in almost all ways. First, the skills system is so rudimentary it is not engaging. I didn’t enjoy having to grind out battles to get my new jobs up to snuff. The late game has far too much content which should be spread throughout the game. Perhaps most damning, the main quest is usually quite easy since you can just make a beeline to the party leader. That is, except for the ridiculous “Save the NPC” battles that are far too luck based, hampered further by a suicidal AI.

I think my real problem with LUCT, on reflection, is that it just all feels too cold. We are told far too often about the consequences of war, but we never see them. We never see the slaughter of innocent lives as a result of our actions. Characters pop in and out, without clear motivations. They are removed from us because we never see outside of their dour circumstances. The localization is awesome, but it takes itself so seriously that does nothing to help this problem. If you want me to see the consequences of war, I need to at least care about someone, and for me, Tactics Ogre: Let Us Cling Together fails on this front. Ultimately, it is a lesser game than others that have tackled similar themes and mechanics.