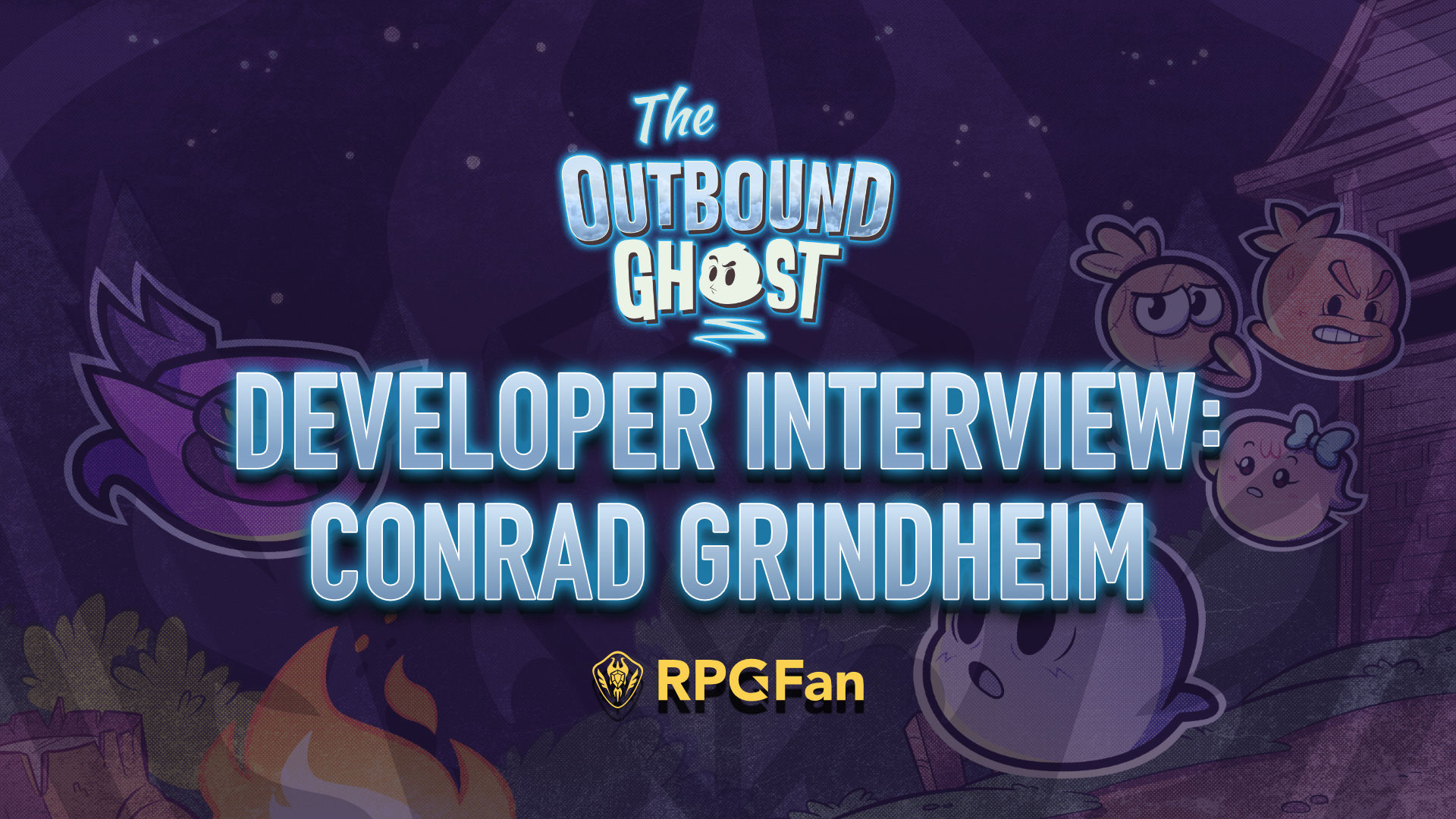 The Outbound Ghost is a fantastic-looking indie RPG, inspired by the likes of the Paper Mario series and Undertale, set to release sometime in 2022! As someone who is really looking forward to the game, I was delighted to get the opportunity to chat with the title’s lead developer, Conrad Grindheim. We covered a wide range of topics, including The Outbound Ghost‘s story and mechanics, the challenges Conrad has faced along the way, and more.

RPGFan: Firstly, I’d like to thank you for taking the time to answer some questions and give our readers a bit of insight into The Outbound Ghost! To start, would you be able to provide us with an introduction to yourself and your specific role in development?

Conrad: Thank you for having me, Tom! I’m the lead developer, which means that my responsibilities include: programming, design, writing, team management, marketing, production, and all the smaller stuff as well! We’ve also got Kimmo and Clay on the team part-time, and they do music composition and character art, respectively.

RPGFan: You’ve mentioned before that The Outbound Ghost takes inspiration from the Paper Mario series, a favorite among many RPG fans. What draws you to these titles so strongly?

Conrad: One of the things that I really enjoy about the series (and many Nintendo console RPGs) is the pacing. I feel like it’s not really brought up as much as it should be when discussing these! It’s really amazing how the story always pushes you forwards, and you see new environments, partners, and enemies constantly. That’s an aspect of the series that I’ve taken great inspiration from when making The Outbound Ghost, and there’s the visual style as well, of course.

RPGFan: Two of your game’s biggest inspirations, The Paper Mario series and Undertale, are famed for their incredibly well-written characters. Can you tell us how you’ve gone about achieving the same for your own game, and the challenges you may have faced while doing so?

Conrad: About a year ago when I was preparing for the game’s Kickstarter campaign, I took the approach of adding many one-note NPCs that would interact with the core group in varied and meaningful ways, and hence contribute to the development of the important characters. However, as I drafted the story, I realized that to make this work, it would require creating many subplots similar to how the classic Paper Mario games (and modern Dragon Quest games to an extent) approach this. Budget-wise this was not possible as we’re just a small indie team! Because of this, I decided to reign everything back and focus on a core group of 10 or so characters, and as a result, the story is much tighter now. The characters also don’t stay in your party for the rest of the game when they join you, they weave in and out often, so in this regard, it follows Undertale’s approach a bit!

RPGFan: What is the most notable challenge you’ve encountered while developing The Outbound Ghost, and how did you overcome it?

Conrad: Definitely the complete overhaul of the gameplay! Originally, during the Kickstarter campaign, The Outbound Ghost was an adventure game with many minigames and story beats that were tied to these. For instance, there would be a character that you had to argue with, and the argument was manifested as an Undertale-styled battle system where you had to dodge their words. Another example was the lockpicking system which was quite adventure game-like, and still remains in the game today!

I always wanted to make a traditional RPG, but it wasn’t really possible with the budget I had since there’s so much stuff you’ve got to make when you create a game in this genre. The many enemies, party members, skill animations, encounter designs, etc. are just some of the few aspects that add extra costs and development time to the RPG version of The Outbound Ghost and hence made it impossible to make at the time. However, I got in touch with Digerati (the game’s publisher) during the tail end of the campaign, and we both agreed that the game had a lot of potential that wasn’t being fully explored with the adventure style. Because of that, we decided to allocate extra resources through our partnership, and the game became what it is today! It was a lot of work to essentially throw away all the gameplay work that was done for that previous version of the game, but it was 100% worth it – the game is leagues better now than it ever could have been before.

RPGFan: Throughout The Outbound Ghost’s development, what is your proudest achievement, and why did it mean so much to you?

Conrad: Definitely how the combat system turned out. I’m a big fan of the combat in Bravely Default and Octopath Traveler, and I would say that The Outbound Ghost’s combat takes those games’ structure and transposes it onto something quite Pokémon/Shin Megami Tensei-like in a super strategic manner while having the timing elements of the Paper Mario games!

RPGFan: With the game being funded through Kickstarter and your brilliant devlog series on YouTube, you’ve managed to build quite the community around The Outbound Ghost even before launch! Is this something you set out to do from the very start of development, and has the community helped to shape the final product of the game in any way?

Conrad: For sure! Kickstarter campaigns are fantastic for building a community that will support you throughout development, and I wanted to prioritize doing this as it’s not only useful to get eyes on the whole development process, but it’s also more engaging for the backers! Making the devlogs have not only helped keep everyone up to date, but they’ve also brought tons of new eyes to the game, so overall, I’m incredibly happy with how this decision panned out.

RPGFan: What do you hope players will take away from their experience with The Outbound Ghost, and is there any advice you’d like to give them regarding their playthrough?

Conrad: I would say that The Outbound Ghost primarily appeals to 2 kinds of players – those who enjoy strategic combat (a la Bravely Default), and those who enjoy stories that go in directions you would have never imagined (a la NieR: Automata). For the first kind of player, I hope that they enjoy how free-form the combat is and that they enjoy the ability of being able to use any strategy on any enemy in the game (there’s no poison-immune bosses here 😉 ). For the second kind of player, I hope that the plot’s themes resonate with you and that you reconsider your preconceptions if you think you know how the game will go from watching the promotional material. The game has three parts, and we’ve only shown a small portion of the first one!

Many of us here at RPGFan are really looking forward to the game’s release, and we’d like to wish you all the best with the rest of development. For our readers that would like to keep up to date with the project, where can they find you?

Conrad: I hope all of you who try it out enjoy it! We’re in the final stretch now, so you won’t have to wait much longer! If you want to keep up with The Outbound Ghost, I suggest you follow our Twitter and YouTube. A wishlist on Steam would also be incredibly useful! Hope you enjoyed the insight into the development of the game!

Once again, I’d like to thank Conrad for taking the time to answer my questions! You can expect to find more coverage on The Outbound Ghost right here at RPGFan as we get closer to the title’s launch later this year. In the meantime, check out all the resources mentioned above for more information on the game.