To See The Sky: How Breath of Fire: Dragon Quarter Dared to Be Different 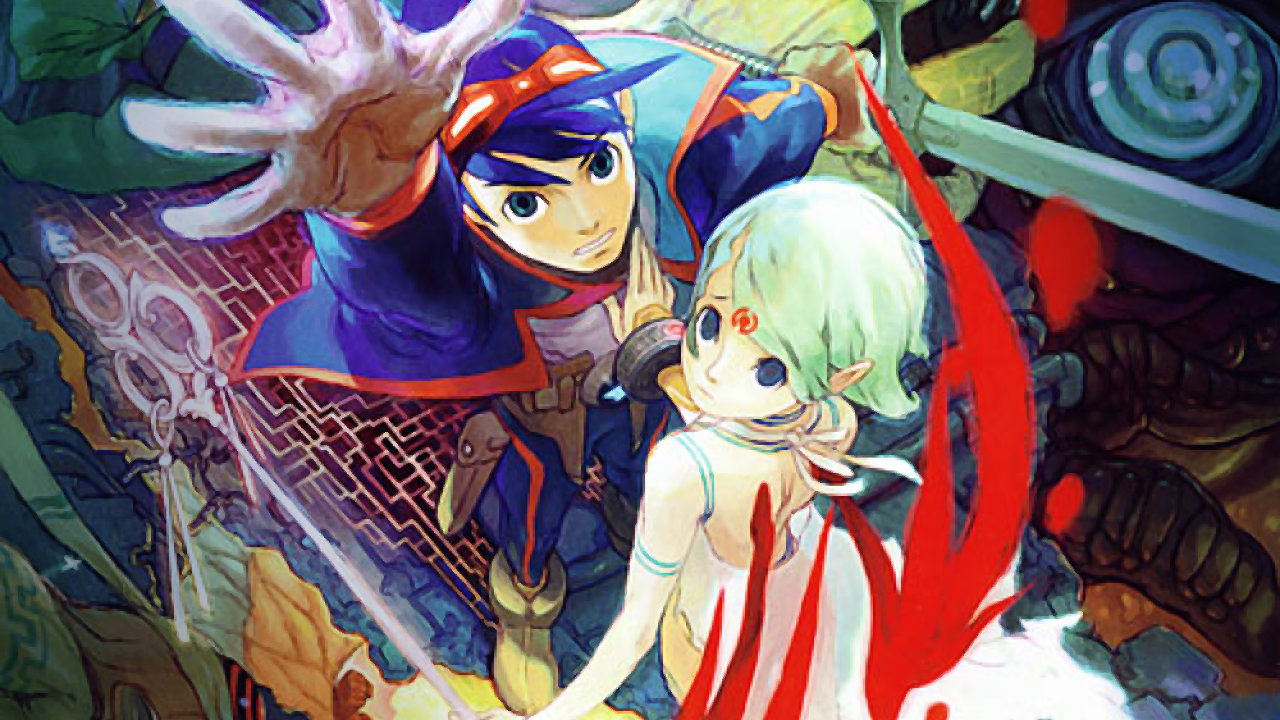 Breath of Fire: Dragon Quarter isn’t the “Dark Souls of JRPGs,” though there are quite a few comparisons that can be made to From Software’s recent work. It is an incredibly ambitious title a decade or more ahead of its time in numerous ways. While many of its elements can be found in modern games today — including the aforementioned Souls series — Dragon Quarter itself is an inspired entry with many spiritual predecessors. Its influences range from traditional RPGs, strategy RPGs, dungeon crawlers, and even survival horror. For a game that’s ever grim, muddy, dark, and full of grimy locales, it certainly shines brightly. Yet that glimmer is dependent upon just how you look at it.

Having released in the West in 2003, there was a slew of JRPGs that came out shortly before or after Dragon Quarter. Here are just a few that released around that time: Kingdom Hearts, Skies of Arcadia Legends, Wild Arms 3, Disgaea, Fire Emblem, Mario & Luigi: Superstar Saga, Xenosaga Episode 1, Grandia II, and Golden Sun. Many of these games are packed full of color with luscious sprites, served as high fantasy epics where you interacted with numerous other races, and often offered grand open worlds to explore. Breath of Fire: Dragon Quarter, on the other hand, goes for a rather dreary and dismal look in its environments. The most colorful things in the room (almost always) are the characters themselves.

The art style of Dragon Quarter is grimy. The characters are cell-shaded, but their look seems a bit unfamiliar. It toes an odd line between anime and chibi/deformed, giving it a strange yet welcoming look as if it once represented something we knew long ago. It’s a bit off-putting, but it also beckons one to look closer. Ryu’s coat should be a bright and vibrant blue, while Nina’s white dress should practically glow. Instead, they’re dingy. The colors are subdued, choked by the stagnant air and polluted lightning that casts its glow upon the walls of stone. This look is absolutely perfect for the setting of a game where you never see the light of day.

As a fan of RPGs, we could be doing anything. We could be running across the plains battling kobolds, or we could be soaring through the skies in airships. We could even be crossing the stars. Yet we’re underground instead, a thousand meters from the surface, away from any freedom of adventure. Rather than rushing rivers and flowing grass that shivers in the wind, we’re meant to call countless tons of rock and cages of metal home. It’s a dark and pitiful existence. It’s claustrophobic and harsh, a sharp contrast to the myriad RPGs released around the same time. This is where Dragon Quarter begins to show one of its most notable influences: survival horror.

What does Dragon Quarter choose to incorporate from a completely different genre that has had so few crossovers in the past? Quite a bit, actually. While you won’t find many shambling corpses seeking to devour you or vengeful ghosts relentlessly pursuing you, you will find some mechanics, themes, and an overall feeling that draws from survival horror. First off, we have the atmosphere. There is no adventure, there is no saving the world, and there is no celebration to be found. We’re met with an incredibly oppressive atmosphere from minute one. From the first scene, you are told you are nothing. You only ever were nothing. All you’ll ever be is nothing, so shut up and get to work.

There is no power fantasy here. Rather than dreaming of changing the world, you embark on a journey that is both simple and personal. After crossing paths with Nina — a mute girl with strange wings and the ability to cast magic — your goal boils down to one simple task: take her to see the surface before this oppressive underground ruin kills her. In the beginning hours, you’re given some freedom to wander about and test your mettle against enemies. Before long, however, you’re afflicted with the accursed fate of becoming a dragon. The setting was oppressive enough already, yet now you are essentially on a timer. If it runs out, it’s game over. Yet, getting a game over is a beast of its own.

All this time, you’ve been able to save your progress at the game’s save points: Telecorders. This would be standard fare in any other game, and limitless. In Dragon Quarter, your saves are finite, a survival horror element showing itself again. Taking from games like Resident Evil, your saves are limited by a consumable item. You get one at the start of the game, and that’s it until you find another or die. When you perish in battle, you’re given a choice: Restore or Restart. To restore is to reload your last save, yet you’ll lose half your money and banked party experience while returning to the stats and level you had when you made the save. When you restart, you begin the game anew with half your money and party experience. Oh, and all your items are gone. Harsh, isn’t it?

In other RPGs, you usually have near-limitless space for items. Here, you’ve but a few pages of inventory. You can upgrade it throughout the game, allowing you to carry more items throughout your journey., but all those items are gone if you end up dead. The only things that carry over are the weapons you have equipped and the items in your locker. While you can eventually have over fifty items on your person, your locker can only hold ten different items total. Like the storage boxes in Resident Evil, these lockers can be accessed through many game locations. Unlike that series, however, your storage is severely constrained and will never be expanded. Now we have to address inventory management, decide what to store for safekeeping should we fail, and what to take to ensure we don’t fail. Money is scarce as well, and you might think the penalty for failure is incredibly cruel, if not outright unfair. In a way, however, failure can be its own reward.

Fans of horror games have most certainly experienced this scenario before: traversing a hallway filled with enemies only to unload almost all your ammunition into the undead. A few bites here and there suck up the few consumables you had. It’s been an hour since your last save and there are plentiful enemies just waiting for you to try to run past them. You chance it. You make a run for it, but that one zombie catches you and sinks its disgusting teeth into your neck. Before you know it, a bloody screen lets you know that you’ve died.

All that progress is gone, but now you know how to get there. You know who you can dodge, what you can skip, and how to get back without so much as firing a single shot. You know what’s coming up and how you can better prepare. Maybe you grab the shotgun this time. You tackle the area again and come out ahead. You barely fired a shot, you’ve more healing items than you know what to do with, and you’re in a much better position than before.

Dragon Quarter evokes a similar take on failure, letting you bank the knowledge you gained and making you try again. That new powerful sword you found an hour into your doomed trek? Keep it. Those new spells you got for Nina that are exactly what your enemies are weak against? All yours. Those new skills for Lin that let you push and pull the enemy as you please? New tools for your arsenal. Use them wisely. Now you’re tackling the same area you just failed but with new tools and expanded knowledge. Now that terrifying trek that took you the better part of an hour is cleared in minutes. You lost your traps, and perhaps a few good healing items, but you’ve been given a few healing kits and the ever-coveted save token. Who knew that just outside the door where you died initially was a Telecorder? You’re better prepared for what’s ahead now, and all it took was a little failure.

Learning from failure can also grant one the foresight of recognizing your own mistakes. Maybe you wandered too far, used too many items, pushed your luck, or you simply don’t have that beautiful token that lets you save. From the menu is an ominous-looking option: Emergency Give-Up. At any point in the game, you can give up and surrender all the items in your bag and any actual progress you’ve made in levels. The penalty on your money and party experience is negated, allowing you to carry over all your cash and banked XP to a previous save. When things get dicey, it may be a good idea to restore to an earlier point and take the hit. As with before, now you know the way and you’re better equipped for the journey ahead. You may have lost some levels on your character, but the knowledge and experience you’ve gained is irreplaceable.

In the Souls series and the countless titles influenced by it, teaching through failure is practically synonymous with the genre. While the approach is different, it feels similar to streamlining the run to a boss as much as possible by learning the paths and tactics. Caution and conviction are encouraged, while being reckless can lead to disaster. Skirting by a pack of enemies can get you overwhelmed in Souls games just as easily as it can in Dragon Quarter. Carelessness is punished and can be a harsh reminder for one to respect the rules of the game… which can be bent in various ways.

At the time, Dragon Quarter dared to be different. It sought to do things many other RPGs weren’t even considering at the time. It’s closest cousins are in a completely different genre, and it wears those ambitions and inspirations on its tattered sleeve. It was difficult, brutal, and claustrophobic, yet highly rewarding for those who wanted to challenge their skills, tactical prowess, courage, and mindset. These days, roguelikes and horror games are a dime a dozen. In fact, From Software has created a new genre with countless developers trying to capture the magic introduced by the Souls series. While I won’t try to convince anyone that Dragon Quarter is the “Dark Souls” of anything, I certainly believe that the game would feel right at home in today’s world where challenge and difficulty are celebrated. I can only hope that Capcom considers an HD remaster someday, as this game deserves to see the light of day again.