aiko – A World Without Stars / Profile 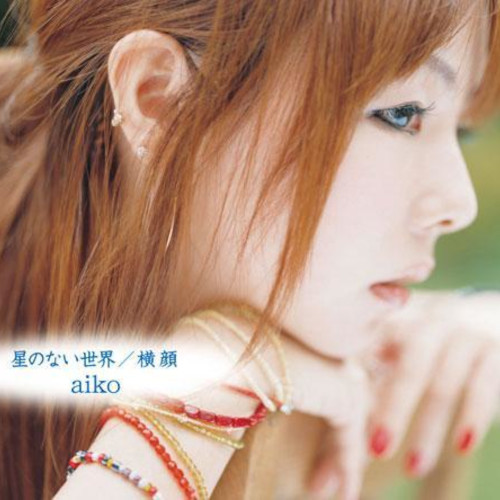 The opener, “Hoshi no Nai Sekai” (“A World Without Stars”), was a terrific song. The piano based instrumental with subtle hints of guitar every now and then was quite dynamic. It started out pretty sounding, thickened up nicely around the 40 second mark when the bass part came in, and continued to keep my interest throughout its five minute duration. The chorus was consistent throughout the song yet each verse had a different melody while always sounding like a cohesive whole. This made the song sound dynamic without sounding disjointed. aiko’s voice was great during the song: it was tuneful without getting harsh, screechy, nasally, or helium-y.

“Yokogao” (“Profile,” as it refers to one’s face) is a mid-tempo pop piece with a bouncier feel than “Hoshi no Nai Sekai.” Though the instrumental is quite good and the vocals are pretty, it did not feel as dynamic as “Hoshi no Nai Sekai.” “Renai” (“Love,” or more specifically, romantic love) is also poppy but with a slightly edgier rock feel. The instrumental sounds good but follows a more conventional verse-chorus-verse format. aiko seemed to have fun singing this piece and attempted to step outside her comfort zone with some of the vocals with positive results.

The soundtrack concludes with instrumental versions of the first two pieces. If you did not already guess, I really liked the instrumental for “Hoshi no Nai Sekai.” There were subtleties in the piece that I did not pick up in the vocal version. “Yokogao” was no slouch either. An instrumental of “Renai” was absent, but not really necessary.

I enjoyed this single. “Hoshi no Nai Sekai” was a very strong track that I thoroughly enjoyed. And though “Yokogao” and “Renai” were not as strong, they were still decent tracks that were easy on the ears. Thumbs up from me.