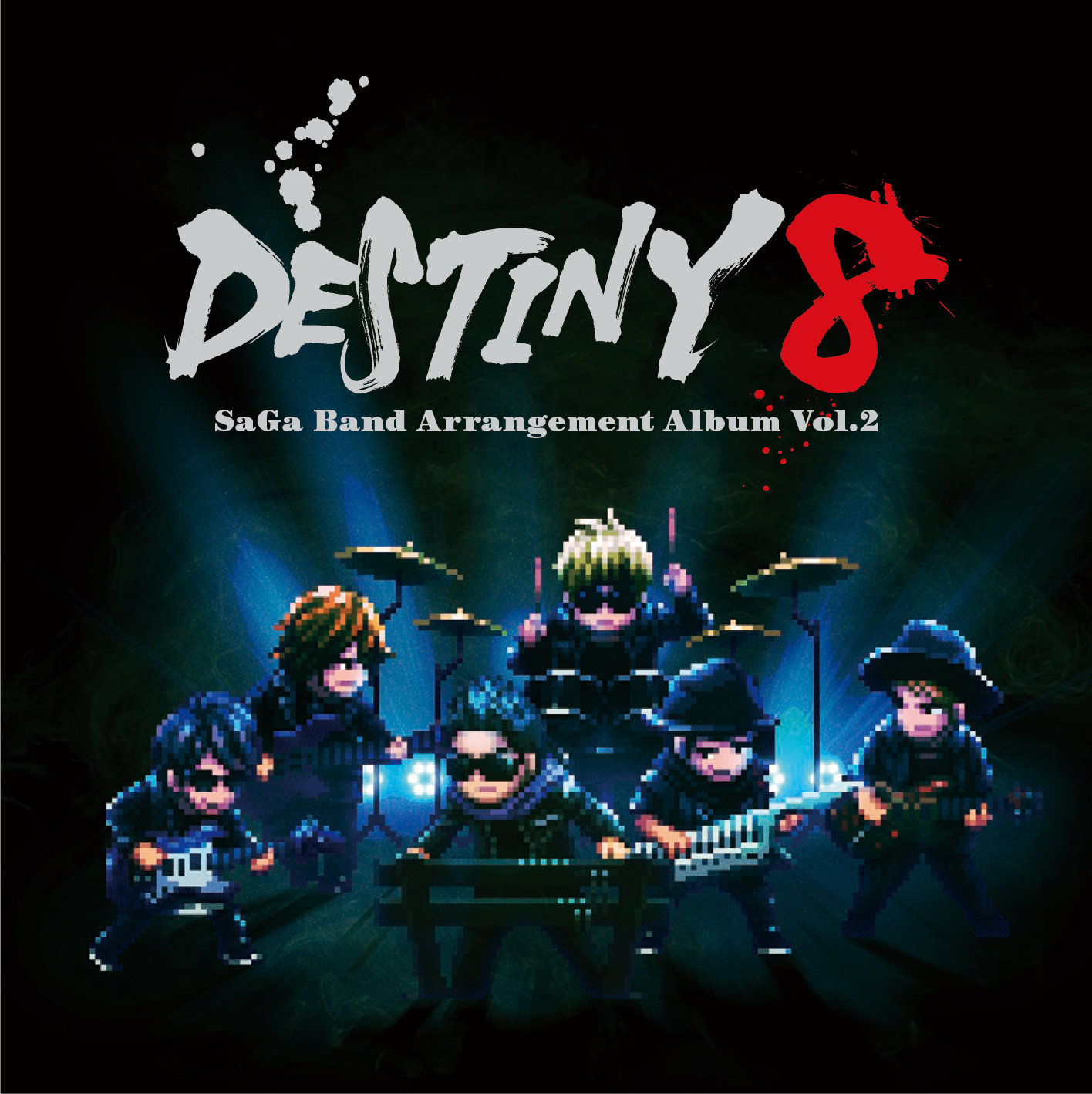 Just months after their debut album, SaGa-centric band DESTINY 8 came out with a follow-up. Based on the “sophomore slump” concept, it’s within a critic’s nature to expect that a second album will not surpass the first. But SaGa Band Arrangement Album Vol.2 is clearly superior to its predecessor in my mind. So much so that I declared it my favorite VGM release of 2021.

In terms of production value and arrangement style, this album is largely the same as the first album: powerful, melody-driven rock tracks. However, there are two aspects of Vol.2 that set it apart. First: song selection. Second: experimentation with soundscape and genre mixing within the same arrangement.

Notably, the first DESTINY 8 release was heavy on arrangements from the Romancing SaGa trilogy. This isn’t bad, per se. But given that Noriyuki Kamikura is both a band member and lead arranger for DESTINY 8, and that he led the charge on the older Re:birth SaGa rock albums, the amount of overlap was a bit much. This volume? It’s devoid of overlap with the Re:birth SaGa trilogy, save for a solid original battle theme from the mobile title Romancing SaGa Re;univerSe.

Indeed, Vol.2 appears to be the “everything-but-Romancing” collection of great battle themes. Not only that, but the band is willing to expand their palette to make unconventional battle themes work. And work it, they do! For me, the highlight tracks are the SaGa Frontier final battle theme for T260G (track 7) and “Besessenheit” (track 8), the oft-overlooked SaGa Frontier 2 boss battle track. The former brings together a beautiful mix of acoustic and electronic sounds. The latter takes the incredible driving piano sample from the OST version and brings it to life with real, intense keyboard work from Kenji Ito and Kamikura. Giving this underrated gem from Masashi Hamauzu this kind of treatment was enough to tip the scales for me. It’s a minor miracle.

Other noteworthy arrangements? “Journey to the Future” from Final Fantasy Legend III, giving excellent treatment to Ryuji Sasai’s strange and lovely music. And I have to shout out “Battle: Adel” from Imperial SaGa. The other mobile title in the SaGa series sports some powerful battle themes, and “Adel” was a great choice for DESTINY 8 to perform.

Let me again emphasize that this is my favorite VGM album (original or arranged) from 2021. I found it superior to DESTINY 8’s first album, a host of other SaGa arrangements, Endwalker: Final Fantasy XIV, Impostor Factory, Shin Megami Tensei V, and many other incredible releases. Keep that in mind as you prioritize what albums you may wish to add to your collection, whether physical or digital!