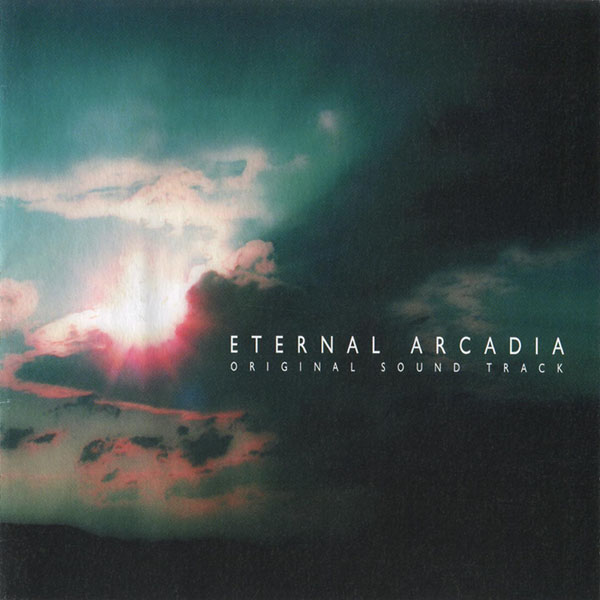 Possibly one of the most difficult of the newer soundtracks recently released to acquire, the Eternal Arcadia OST contains all of the great music (except for one key song) from arguably the best RPG released on SEGA’s Dreamcast, Eternal Arcadia, released as Skies of Arcadia in the US. Before I get to the thick of it, I’m disappointed that two songs from the game, were not present at all. The CDs are almost completely filled at 70+ minutes each, but a little arrangement could have worked, and the two songs could have been put in.

Now that the bad is out of the way, what about the good? The composers outdid themselves with the musical score, as it’s nothing short of epic. From the soothing “Main Theme” that plays at the title screen, to the jungle beats in “Kingdom of Ixa’taka,” there is a good variety of melodies, and an excellent choice of instrumentation. In the actual game, certain songs such as the flight themes for exploring the world were dynamic, in that the polyphony would change as you entered or left different lands, and they incorporated those extra instruments into the tracks. “Bombardment” is a fantastic song, playing during the ship to ship fights in the game, and I could almost swear it’s orchestrated, though I believe all the songs make use of Cybersound, similar to titles such as Panzer Dragoon Saga.

The battle themes are some of the catchiest I’ve heard in awhile outside of Iwadare’s work in GameArts’ titles, and the dungeon themes feel appropriate: not too upbeat, nothing boring. “Ramirez’s Theme” is dark, very moody, and very addicting. If you loved the musical score from Eternal (Skies of) Arcadia, then I recommend you make every attempt to search for this soundtrack. Persistance is rewarded, and the rewards are high.