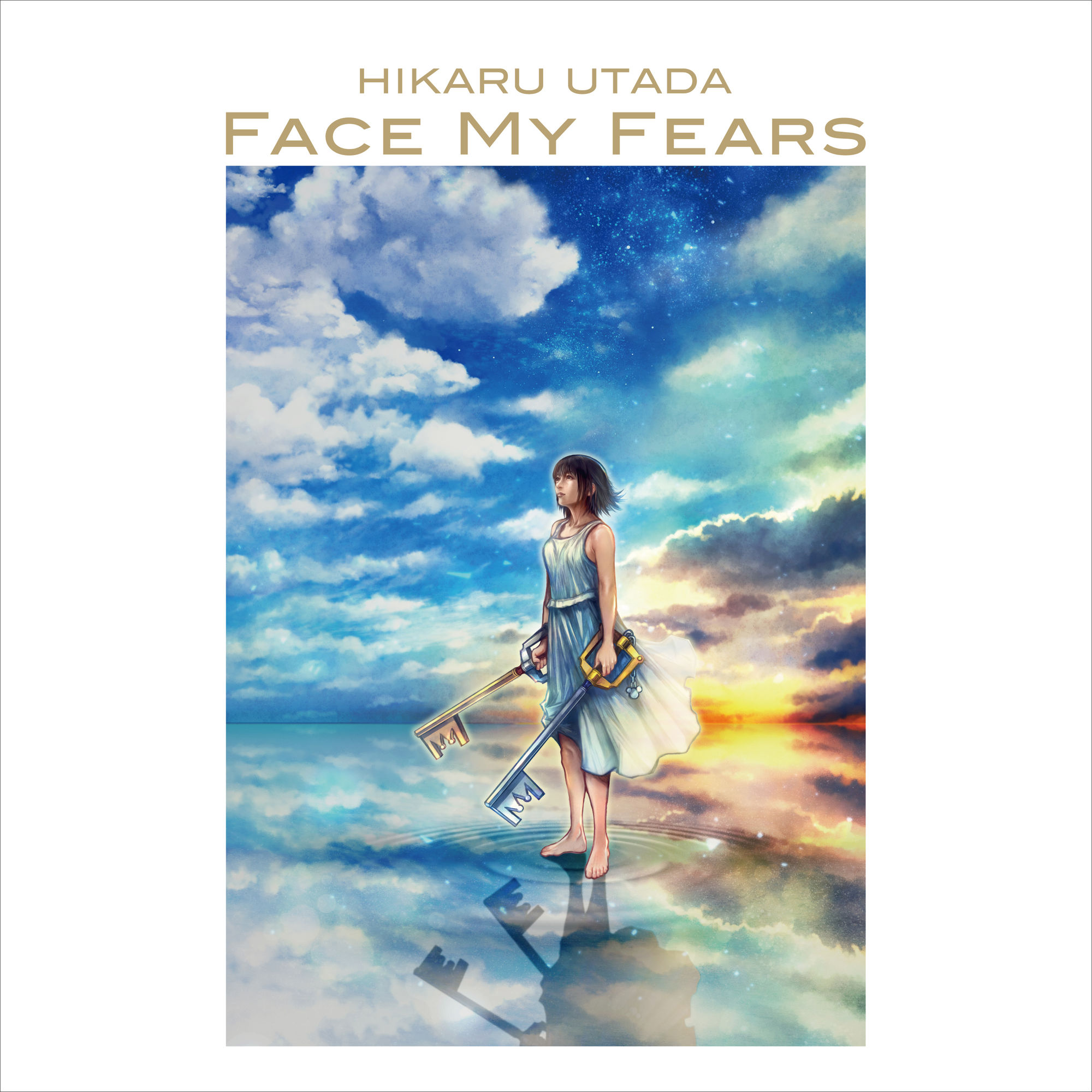 After 4+ years of “will she or won’t she” based on confusing Twitter exchanges involving her father, we finally got confirmation in 2018 that Hikaru Utada would once again lend her immense talents to the vocal theme song of Kingdom Hearts III. We’d all hoped she would return, but given how long it has been since the first Kingdom Hearts debuted (in 2002!), maybe it wasn’t to be? For myself, and certainly many of us, Kingdom Hearts music requires two key components: Yoko Shimomura and Hikaru Utada. Thankfully, that’s exactly what we’re getting, and this new EP gives us the full slate of Utada goodness to listen to, right before the game releases.

I suppose I’ll quickly address the commentary about Utada’s choice of partner here, because apparently a lot of people have concerns about Skrillex being involved! On the surface, it may seem like an odd “corporate” choice of pairing up a popular (to put it mildly) Japanese talent with one from America. However, Utada herself requested to work with the electronic dance music producer, knowing that he is a fan of the Kingdom Hearts series. Beyond that, dance and electronic influence isn’t anything new for the series, given the popularity of arrangements like Simple and Clean’s planitB Remix and many others. In short, I feel working with someone in this genre like Skrillex was a natural fit.

Another key part of this discussion is that Hikaru Utada originally approached Skrillex to remix the already-revealed theme, “Chikai.” That translates to “Oath” or “Vow” in English, though the actual English version of this song is titled “Don’t Think Twice.” Since the Kingdom Hearts games usually have two arrangements of the main theme, this would have been in line with previous titles. Instead, the pair of musicians (along with Jason “Poo Bear” Boyd) opted to create a wholly new song, making Kingdom Hearts III the first in the series to feature two completely different tracks for the opening and ending.

The result is this EP, which contains English and Japanese versions of both “Chikai/Don’t Think Twice” and “Face My Fears.” Some of us have been listening to the likes of “Simple and Clean” (Kingdom Hearts‘ theme) for over sixteen years and “Sanctuary” (Kingdom Hearts II) for over twelve years, so each has been a part of the RPG music pantheon for almost as long as “One-Winged Angel.” As such, the general thought of “I hope this can live up to my lofty expectations” that applies to the game itself could easily apply to these theme songs too.

I hardly consider myself a professional music critic, let alone one who can say with authority that an artist has evolved or matured. That said, I feel we can really hear some growth in Utada’s musical talents on this EP when compared to KHI and KHII. For example, it’s not necessarily a bad thing when vocals sound “produced” or have effects applied, and in fact, this approach worked to the benefit of “Simple and Clean” and “Sanctuary.” “Face My Fears” has some of this treatment, given the dance influences throughout the song, and once again the outcome is positive. The result is an upbeat and energetic track that makes good use of slower interludes to build back up to the lively, electronic-laced segments. It’s a fun song that I quickly warmed to, and once I saw it accompanying game footage, I was even further convinced.

As much as I support and enjoy the collaboration that gave us “Face My Fears,” however, “Don’t Think Twice” is the shining star of this EP for me. The piano that opens the song instantly sets the tone and also ties in well with Yoko Shimomura’s amazing piano-infused music. There’s a sense of longing in “Don’t Think Twice,” and Utada’s vocals are beautiful, rich, and the aural equivalent of the honey that makes up Pooh’s diet. As such, I feel there’s a marked difference in the vocals on this song compared to all of her other contributions to the series. Without having any evidence to back up this claim, I’m certain this tone of wishful longing was the inspiration behind the cover art as well, which features a Tetsuya Nomura-drawn Hikaru Utada (looking a bit like Yuna) standing on a still lake as the sun sets in the distance behind her. Yes, I’m here to talk about the music, but this is a case where the album artwork perfectly conveys the same feelings and emotion as one of the main songs inside, so it must be mentioned.

Everything I’ve said here applies to both languages for each respective song. While each version is roughly musically equivalent aside from language (even if I don’t know Japanese) I’m happy the EP includes both versions, and I look forward to the inevitable releases, EPs, and remixes of these songs in the future. The game will also feature an instrumental version of “Don’t Think Twice,” which is but one of countless reasons I look forward to the complete soundtrack.

So, are “Don’t Think Twice” and “Face My Fears” destined to become classics like “Simple and Clean” and “Sanctuary”? It’s too early to say, but when this EP released, it was almost the only thing I listened to for several days. The more I listen to these songs, the more I fall in love, and I’m simply overjoyed that Utada was able to be a part of this final Kingdom Hearts chapter.

Editor’s Note: The tracklist order for this EP varies by region. The Japanese CD release puts the Japanese version of Face My Fears and Don’t Think Twice (Chikai) first, followed by the English tracks. For the purposes of this review, our tracklist reflects the ordering of the digital iTunes release in English-speaking territories.