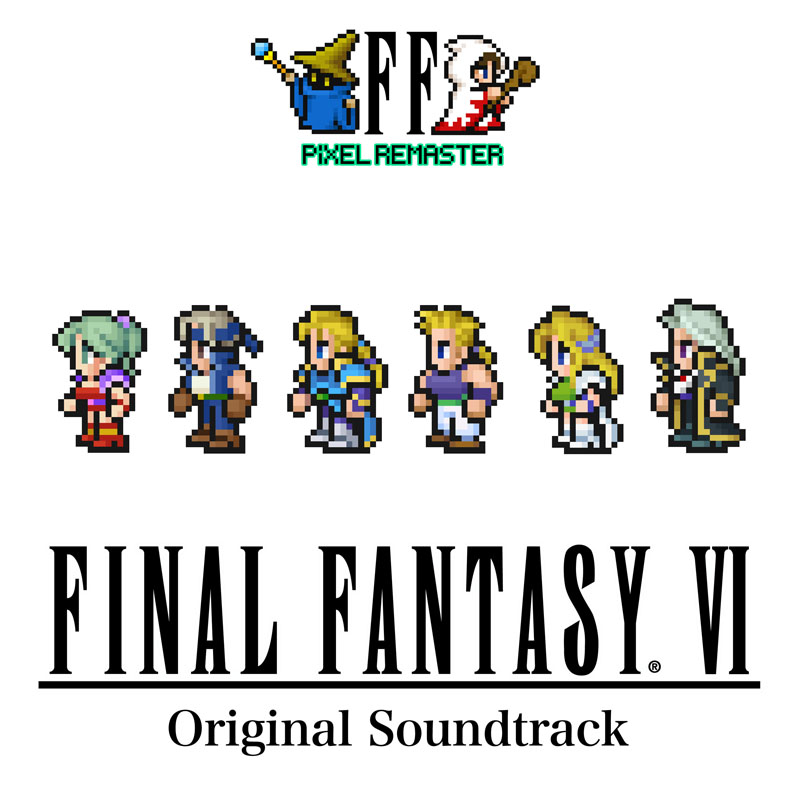 Final Fantasy VI (FFVI) has become a nigh game of legend in the RPG community. Longtime, die-hard fans who have loved the franchise since its origins often tout the sixth entry as the series’s peak. Whether you agree or disagree, the fact remains that the game is incredible and iconic. Big names like Sakaguchi, Kitase, Ito, Nomura, Amano, and of course, Uematsu were backing its production. And in 1994, they pulled out a lot of stops, pushing the SNES to create one of the franchise’s most memorable entries, from an epic story to interesting characters, its massive world, and stunning music. With the recent release of Final Fantasy VI Pixel Remaster, fans can revisit one of Uematsu’s most outstanding scores in a way we could have never imagined on our consoles in 1994.

While people were excited to have these original six entries readily available to play again, others couldn’t wait to see how they look with improved visuals, and some wanted to hear the polarizing soundtracks remastered (I fall into the latter category). Now, some 28 years and various orchestrations and performances later, Final Fantasy VI returns, boasting new arrangements with the beautiful work of the Japan Century Symphony Orchestra backing them, revitalizing music that has stood the test of time. It isn’t easy to imagine that the foundation could at all be improved, but the team proves otherwise, and the results are breathtaking.

The stirring notes of “Omen -1-” on the title screen have never been more haunting with the improved vocals. More than ever, it establishes the grandiose operatic adventure you’re about to undertake. Then, “Omen -2-” adds to the melodrama, hinting at how terrible the Empire can indeed be. Finally, “Omen -3-” cements the operatic tone shortly thereafter, weaving in an arranged melody of “Terra’s Theme” to create an enchanting piece of timeless music synonymous with Final Fantasy VI. The stage, and the bar, are set.

Once Final Fantasy VI’s story reaches the sleepy town of Narshe, we hear “The Mines of Narshe” richly unfold with a captivating atmosphere. The new arrangement adds depth, bringing the frigid township to life. What before sufficiently conveyed the oppressive snow, ice, and unforgiving work that sustains the citizens now tells a fuller story. A little over a minute into the piece, a lonesome sax pulled straight from a dive bar hits you right in your soul — its wailing sticks with you, stirring the heart’s cockles. You get these people now, and you can’t even take how hard life is for them. But still, the sad tale continues. At about two and a half minutes, a loosely played light piano adds its tremulous voice, then the sax rejoins, and they sing together, leaving you with chills. Meanwhile, the entire time, plucked cello and industrial percussion perfectly punctuate the jazzy piece and the steampunk setting Narshe establishes for the game. A cymbal flourish creates the illusion of steam in the track, and it’s the perfect accent, finishing the piece so the loop can restart, giving listeners a reprieve from the heavy arrangement.

Now, imagine such care and craftwork applied to the entire 94-song soundtrack. Standouts like “Terra’s Theme,” “Kefka’s Theme,” “Dancing Mad,” “Forever Rachel,” and the epic that is “Balance is Restored” all sound astounding. And it would be easy to leave the review at that: “good was good — now more good.” But I want to continue the journey of exemplifying what makes Final Fantasy VI’s remastered soundtrack so remarkable.

Take “The Returners,” originally a solid piece of music in and of itself, yet always feeling a bit flat and bog-standard military. At its core, that hasn’t changed, as adding realistic-sounding snares only amplifies the militaristic march that is the base of the piece. But now, trumpets and deeper brass add to the resounding pomp, with thrilling rising strings and the supportive trills of a flute. Now, we have a piece that will incite rebellion, a track someone can stand on a soapbox and give a speech to, inspiring hearts and minds to stand together. While the arrangement starts humbly, hearkening back to the source material, the added instruments chart a rousing new course.

When you get to hear “The Phantom Forest,” it penetrates with the forlorn flute solo. Delicate chimes and acoustic guitar behind it are wistful. Finally, adding in a more realistic vocal chorus makes the haunted souls of the wood a reality – at every turn is some lost spirit lingering too long with unfinished business. Where the original did a lovely job of conveying eeriness and mystery, the new arrangement gets downright creepy if you sit with it for too long. Even around the one-minute mark, where there’s that brief interlude of seeming hope, it transforms into a kind of siren’s song. It feels like listening too long will make you one of them, but you’re snapped back to reality as the loop restarts. Spookiness aside, the new instrumentation has also left this piece somehow even more beautiful and a true standout on the soundtrack.

Now, one cannot discuss the Final Fantasy VI soundtrack and label its story as “operatic” without discussing the game’s somewhat meta inclusion of an actual opera. Square Enix teased fans with the newly presented 2D-3D version of the visuals and a professionally recorded voiceover to match the delightful break in Final Fantasy VI’s story (sullied by a particular octopus!) In all languages, “Overture -2-,” “Aria di Mezzo Carattere,” and “Wedding Waltz -Duel-” sound wonderful with authentic voices bringing the story of Draco and Maria’s tragedy to life. However, though Hannah Grace does have a lovely, clear voice, it still lacked a certain warmth or heart that left her solos a bit lacking. The other soloists in their respective languages seemed to hold a better throughline, adding more nuance to their performances. I’m not fluent in German or Italian, but both Morgane Heyse and Antonella Rondinone moved me with their work. All that said, I applaud all the singers and arrangers for interpreting inhuman, robotic bleeps and bloops into lovely, lyrical performances. It truly makes the opera portion that much more of an exciting show within a show, so to speak.

Throughout the soundtrack, you’ll note that pieces like “Metamorphosis,” “Magitek Research Facility,” “Catastrophe,” and “The Fanatics” are the most dramatic. They hit harder in these new arrangements, raising the stakes and building unmatched tension. Meanwhile, “Epitaph,” “Searching for Friends,” “Celes’s Theme,” and “Relm’s Theme,” amongst others of that tone, tug on the heartstrings with their warmth. “Techno de Chocobo” is still ridiculous and weird, but more tolerable (to me!) with the quality instruments making it more electric. All that said, I could go on about each piece and write a tome, but suffice it to say, they all sound wonderful with the improvements.

In all honesty, these arrangements are largely pretty faithful. And the team would have been fine, no doubt, to simply give each piece better-quality synth instrumentation, package it, and ship it. But instead, they challenged themselves to the impossible task of improving the music in a unique way. Like with “The Mines of Narshe” and others I mentioned, they did so with aplomb, invigorating and instilling the game’s life into the soundtrack. Thus, Final Fantasy VI Pixel Remaster Original Soundtrack impressively makes an already standout, timeless collection of music stand out even more. Each arrangement has become its own character or set piece for the game, creating a powerful visual component that will further transport even a casual listener into the world of Final Fantasy VI.