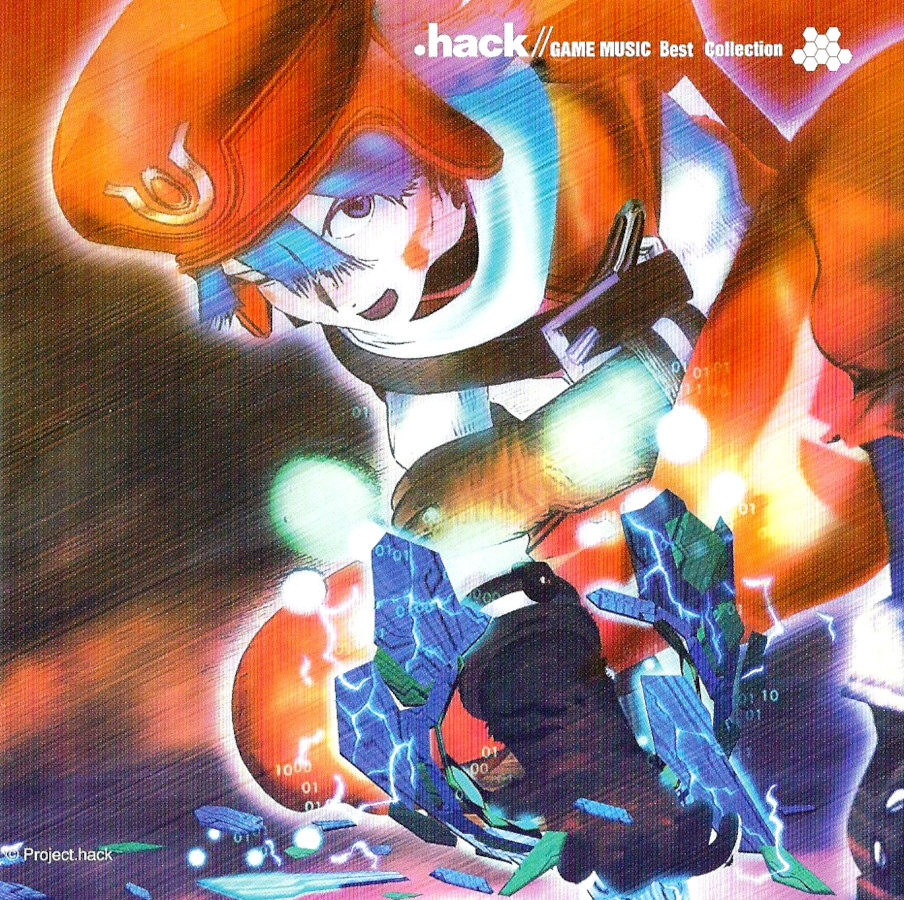 Note: this album was one of the few printed in the US as a “for sale” item. Most US-released albums are preorder bonuses and otherwise promotional items. Keep that in mind.

When .hack// hit the American audience, there was an initial craze for solid content. Though the response was delayed, in 2004 Geneon Entertainment published some interesting products, including this one disc “Best” soundtrack based on the Japanese two disc “Perfect” soundtrack.

I also reviewed the two disc incarnation, and while I wouldn’t say all of these tracks are the “best” from the old perfect collection (where are the “stage” tracks?), I think it is a pretty decent compilation. It covers the standard town, character, battle, and environment themes, and hits all my favorite ending tracks.

If there’s one thing I will say against this print, it’s that I still would have preferred they directly ported the entire two disc soundtrack from Japan. There really is a lot of solid music missing from this “Best of” album. Generally, every US-ported soundtrack we get comes as a one disc deal, regardless of its origin. Both Final Fantasy IX and X OSTs got shrunk to one disc “Best Selections,” making it insanely difficult to pick and choose which tracks ought to belong on a “best” CD (certainly a loaded term).

I strongly respect Chikayo Fukuda and her sound team for the music they’ve made, and I’m glad it was one of the few Japanese soundtracks to get an English port for sale in stores. It’s still a pretty easy find at shops like Amazon, and if the samples don’t convince you that it’s a decent soundtrack, that’s about the only reason you shouldn’t support these products being brought to an American audience.

and I’ll say it again: .hack RULEZ! it also Pwnz.