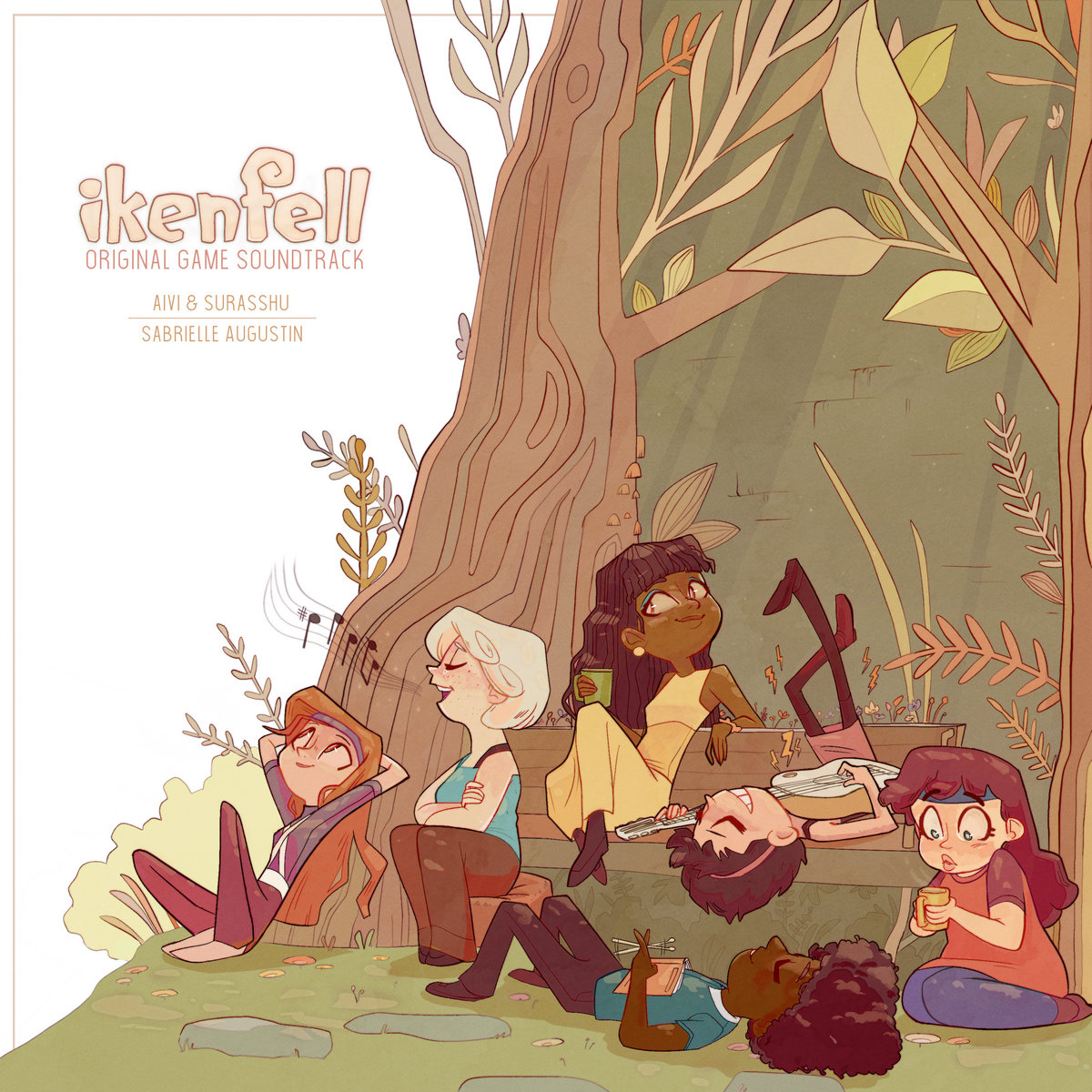 Ikenfell is a collage of elements seemingly calibrated to appeal to my inner child. It’s a turn-based JRPG with timed button presses during combat. Its setting is a seemingly idyllic magical school that hides dark secrets. Its simple but striking character designs would be perfectly at home in a modern Saturday morning cartoon. Ikenfell’s setting and presentation are charming enough on their own, but the soundtrack blends these elements into a potent nostalgic brew. Primarily composed by electronic duo Aivi and Surasshu, with contributions by Sabrielle Augustin, Ikenfell’s soundtrack slaps chiptunes and acoustic instruments together like fig jam and roast beef. And much like fig jam and roast beef, the combination proves to be surprisingly delicious.

Pianist Aivi Tran and electronic artist Steven “Surasshu” Velema have been working within this musical wheelhouse for years, and “Lullaby for a Witch – Title Screen” is a perfect introduction to their style. It’s a simple piano statement of the game’s main theme, accompanied and accentuated by electronic elements. Surprisingly, most of these electronic elements are not chiptunes, but they are certainly chiptune-adjacent. It functions as a succinct thesis statement for the soundtrack as a whole. Many tracks feel like an informal conversation between the album’s acoustic and electronic aspects, as in “Rhythm of the Wild –Battle,” which passes its melody between piano and synthesizer. The compositions are economic, even minimalist. “In This Together – Battle 2” showcases this measured approach to composition. It somehow achieves all the tension and excitement of a JRPG battle tune with half the notes. It’s an exceptional piece.

Ikenfell’s visuals and music both embrace a retro aesthetic, so I was completely taken aback on my first listen when “It’s Showtime – Gilda’s Theme” turned out to be a vocal track. As it happens, several of the game’s characters have their own unique themes done by a wide range of guest vocalists, and a few have both vocal and instrumental versions. These tracks represent some of the liveliest and most creative work on the soundtrack, whether it’s the moody walking guitar of “Between the Lines,” the charming simplicity of “My Happy Place,” or the hyperactive jazz piano interlude of “It’s Showtime.” The lyrics are (deliberately) cheesy at times, but they are also charmingly earnest and optimistic. There is one character theme, however, that stands in stark tonal contrast, and that is “Yearn to Bloom,” Aeldra’s theme. This track is hauntingly beautiful, and it immediately paints Aeldra as a tragic character even before the lyrics lightly sketch out her background. This character theme pops up several times throughout the soundtrack, more often than any other character theme, but it never gets old. “Authenticity – Pertisia’s Piano Solo,” one of Sabrielle Austin’s compositions, feels like a counterpoint to Pertisia’s standard theme. It’s a simple and tender piano tune, and its placement as the penultimate track is just perfect.

Over the past decade, we’ve seen a rapidly growing body of work in this style, particularly in video game soundtracks. Aivi Tran and other composers within the community recently coined the term “Digital Fusion” to help categorize this remarkably diverse new genre. I mentioned earlier that the combination of chiptunes and real instruments was surprisingly delicious, but really I shouldn’t be surprised at this point. We have ample proof that the combination works. After all, Toby Fox’s Undertale soundtrack is one of my all-time favorites, and it has taken all of my willpower not to spend this entire review comparing the two. However, Ikenfell stands out among its retraux brethren in a foundational way. Many soundtracks within this genre strive to recreate the energy and in-your-face immediacy of the classics. Ikenfell doesn’t, and I must admit this initially frustrated my expectations. Ikenfell trades intensity, saturation, and grandiosity for simplicity, clarity, and intimacy. It may well be the coziest soundtrack of 2020. Ikenfell isn’t what I expected, but now I love it for what it is, and that feels particularly appropriate for this winsome little game.