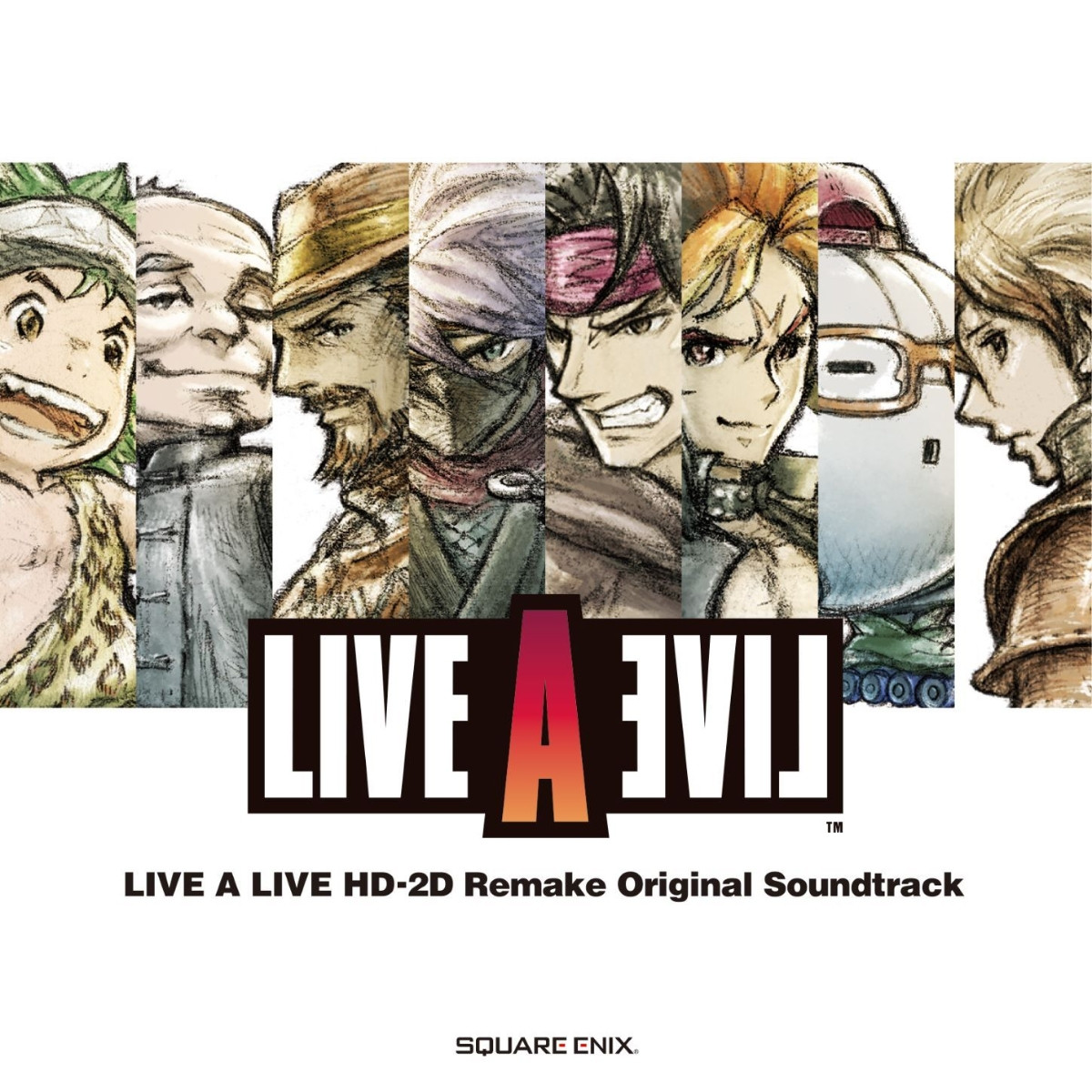 I can hardly believe it. The LIVE A LIVE HD-2D remake exists, and it’s everything I could have wanted (and then some)! Teaming with Square Enix, composer Yoko Shimomura oversaw the production of the LIVE A LIVE HD-2D Remake Original Soundtrack, featuring a team of ten arrangers and over 90 musicians to build a musical experience that far surpasses the original Super Famicom classic soundtrack.

Speaking of the original: I was perusing my own words about the old soundtrack and noticed a trend in my thinking. Namely, I’ve been begging for a remake or localization of LIVE A LIVE for two decades. You can find evidence of this in my past reviews of the game’s original soundtrack for Super Famicom and arrangements for the game’s music on the Yoko Shimomura orchestral album drammatica. I had begun to lose hope. Perhaps it’s best things did take as long as they did. With the advent of the HD-2D style that debuted with Octopath Traveler, this graphical form brought new life to LIVE A LIVE in the same way a rock band, full orchestra, and choir did with its soundtrack.

Because my past reviews of this, one of Shimomura’s greatest (and earliest) works, boil down to little more than “hey this is really good,” it’s time I examine the essence of what makes this soundtrack so great. And I have a working theory: Street Fighter II.

Yes, prior to jumping ship from Capcom to Squaresoft, Yoko Shimomura made waves. Hardcore fans will know of her work on the RPG Sweet Home and her contributions to the first Breath of Fire. But her most notable achievement was writing the score to the legendary 2D fighter that helped make the genre what it is, Street Fighter II. Except for one character theme (Sagat), the entirety of the classic soundtrack was written by Shimomura. Think about that. What does it take to score a solid soundtrack to a 2D fighter with lots of characters? Answer: rock-solid memorable motifs that hit hard and make their full statement (both A and B) within a single minute, because the battle will be over by then.

Remember the “Guile’s Theme goes with everything” meme? Think about how unbelievably catchy “Guile’s Theme” is. Yoko Shimomura knew what she was doing from a young age, and it was only a few years after Street Fighter II that she moved on to her first project with Squaresoft, LIVE A LIVE.

And, in this unique RPG, you start with seven short-form stories with a character select screen. How about that! In fact, one of those characters (Masaru) has an entire scenario that plays out with a challenger select screen à la most fighting games! Thus, Shimomura had to bring seven mini-stories to life with just a few songs per scenario. Did she pull it off?

The story of the entire soundtrack says yes, both in its original form and its newly arranged form. But I think I can condense my answer down to just two songs: “Live for Live” and “Megalomania.” The former is the true end credits music, which includes a powerful little medley of all seven protagonist’s main themes. The latter is the boss music used whenever a protagonist faces off against their final battle with an incarnation of Odio. “Megalomania” is arguably a better earworm than “Guile’s Theme.” In the month since the remake’s release, it is the song I hear fans clamoring about the most! And it’s no surprise. Even the great Toby Fox, creator of Undertale, knew how good it was, as he utilized “Megalomania” as a placeholder track when developing the indie insta-classic. When he finally wrote his own song, he paid homage to his placeholder favorite by giving it the title “Megalovania” (source: Nintendo Life).

You may be wondering: were any new songs written for this remake? The short answer is no. The remake soundtrack sports a total of 50 tracks as opposed to the Super Famicom OST’s 41 tracks. These nine additional tracks, however, are all variants of themes. For example, “Lovely Evening” is just an evening variant to the daytime “Fine Weather,” both of which are environmental tracks for Pogo’s (prehistoric) scenario. The “Steel Titan!” (Buriki!) theme gets two additional tracks, thanks to both English and Japanese vocal variants.

The one additional track that features the heaviest arrangement, and is thus the one most worth celebrating, is the final track: “Gigalomania.” Yes, it is an arrangement of “Megalomania,” and it is used in spectacular fashion in-game. This arrangement takes the fast, catchy, rockestral battle theme and transforms it into a dramatic, gut-wrenching choral piece primed to give “O Fortuna” a run for its money.

Between strong character themes, fun and often intense battle tracks, and the occasional sorrowful moment (“On Broken Wings,” “Cry-A-Live”), the updated LIVE A LIVE soundtrack showcases some of Yoko Shimomura’s greatest compositions with some of the best studio recordings her music has ever been treated to. Fans of Yoko Shimomura’s work should already have this in their collection, and new fans of this fine game may want to consider purchasing the two-disc soundtrack as well!