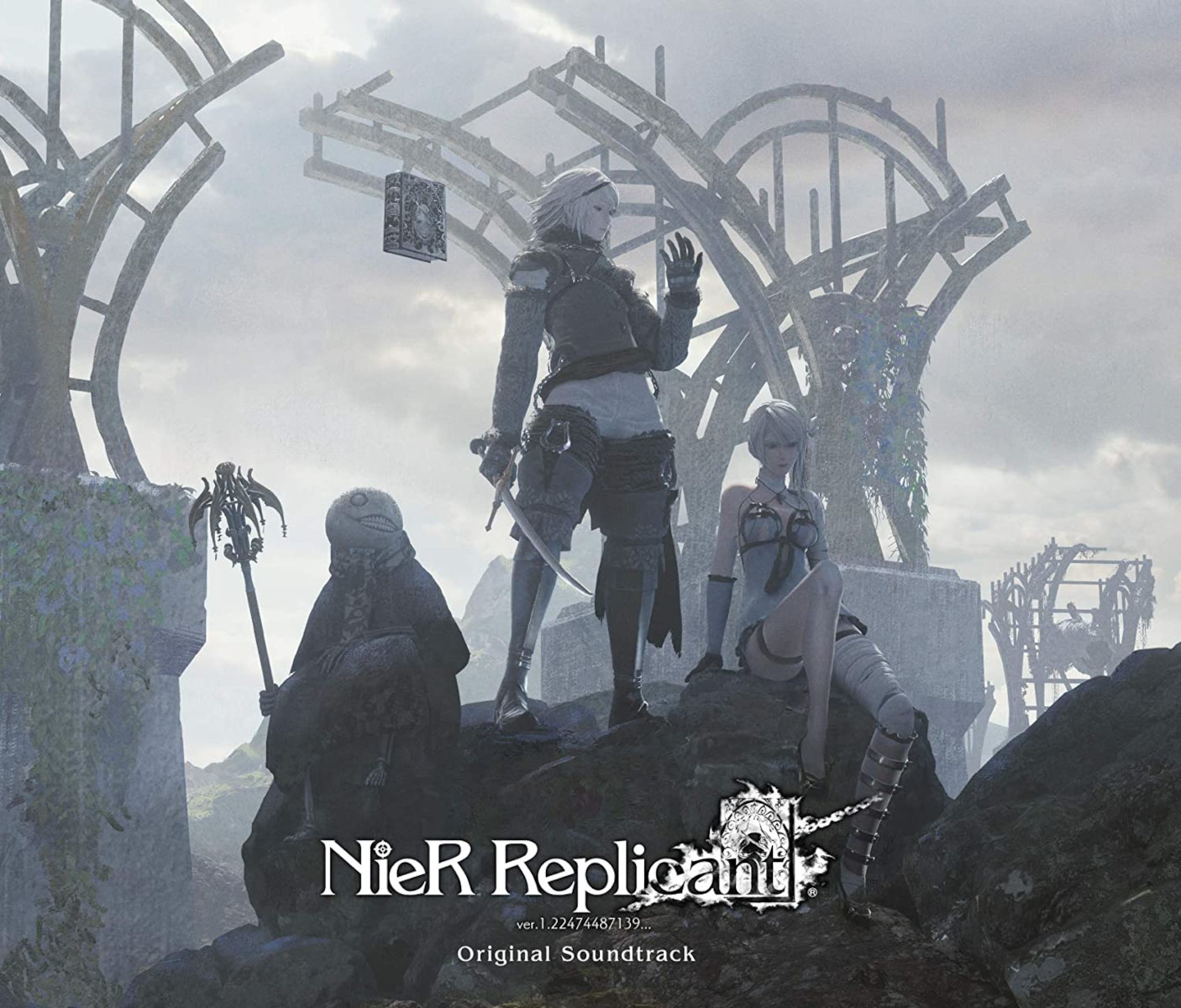 I was over the moon when news first broke that NieR was getting an HD remaster with additional content. I loved the original game and said as much at time of release. But critique of the game for dated graphics, obtuse and clunky mechanics, and the choice to only port the Gestalt version of the game to North America (with Yonah’s old and grizzled father as protagonist instead of her young and sprightly brother in Replicant) — these were all valid points.

In my mind, the one and only thing that didn’t need an upgrade in NieR Replicant ver.1.22474487139… was its music. That soundtrack was not just my favorite release of 2010, it might well be my favorite of the decade, rivaled only by its sequel. Between a stellar OST and boatloads of arrange albums (seriously, there are at least a dozen for the first game alone: you can browse them on the NieR game overview page), what more could Keiichi Okabe and the MONACA sound team bring to the soundtrack? I was puzzled by the choice to attempt an upgraded soundtrack, and before hearing it, my gut instinct was that it was a wasted effort and the cynic in me said it was a cash grab.

The spine-tingling power of NieR‘s music is in the vocals. Emi Evans, creator of the Chaos language and the star of so much of the series’ vocal performances, serves as a sort of muse along the journey. MONACA decided to double down on Evans’ presence on the soundtrack. Just as one example, there is Kainé / Premonition. Both the original and remake versions of this soundtrack feature two versions of the Kainé theme, “Salvation” and “Escape.” Now, in the Replicant remake, we have an a capella experience in this third version, “Premonition.” It is slower, it is crystal clear, it is stark, and it’s voice-on-voice. That is to say, alongside Evans’ solo melodic voice, the accompaniment is a choir made up of Evans’ voice again, and likely others (there are a total of six vocalists credited for choral work on this OST). The result is something entirely new, unlike anything I heard on the first OST or any of the previous arrange releases. This came out of left field, and I am absolutely shocked. I love this so much.

This kind of high-quality arrangement, with noteworthy shifts and changes from the original material, is found throughout the soundtrack. Consider “The Wretched Automatons.” In its original 2010 form, while the production value is solid, it is wracked with reverb on both the instruments and the vocals. It’s the musical equivalent of a motion blur edit on an image. But in the Replicant remake, there is a definitive clarity in the synthesized “robot” voice pattern, the intense percussion, and Emi’s wispy, breathy vocals. If there is any one song from the original soundtrack that predicted the soundscape of NieR: Automata, it is perhaps this one, if only for its title alone. MONACA wisely brought the expertise and live instrumental performances that made Automata great into this new version of a classic tune.

Other classic tracks that got appropriately upgraded with new recordings (all replacing the muddled reverb with added clarity) include “Temple of Drifting Sands,” “Dance of the Evanescent,” “Grandma,” “City of Commerce” (that flute!), and all four forms of “Song of the Ancients” — especially “Fate.” While every single track had some form of additional recording, with many done from scratch, these songs stand out as legitimately better than their first-draft forms.

And then, there are the entirely new compositions, which appear almost exclusively on the third disc. These songs were written for NieR Replicant ver.1.22474487139…‘s new scenario, which leads to the special Ending E. Without giving away too much, this scenario focuses on Kainé and thus has music whose titles alone suggest the conflicted relationship Kainé has with the world around her. The two versions of “Fleeting Worlds” (“Family” and “Outsider”), “Analogous Memories,” and a new arrangement of Grandma entitled “Grandma / Reunion” are all unique to this soundtrack. For my money, “Analogous Memories” takes the award for best new composition. This is a choir vocal track decidedly skipping out on Evans, instead featuring vocalists MONACA has been working with on SINoALICE and Voice of Cards. This track has a vocal style not unlike Noriko Mitose‘s work on the Ar tonelico series, with an ethnic sound straddling the fence between Bulgarian women’s choir and Southeast Asian microtonality. It’s a bit jarring when placed against many of the other songs on this soundtrack, and yet … it works. It really feels right. Keiichi Okabe and the MONACA crew really know how to deliver.

I only hold one fault with this soundtrack: the utter lack of J’Nique Nicole. I knew this would be the case, as she revealed in her podcast interview with us that she was not asked to participate in the Replicant remake recordings. And look, I get it. Her voice was distinctly part of Automata, so perhaps they thought it wouldn’t fit the first game. And to that I say, what about “Analogous Memories,” what about the new music for the new scenario? What a perfect tie-in to what all would occur thousands of years later! It’s a missed opportunity as far as I’m concerned.

That said, I won’t be coy about my overall opinion. If you already have a collection of NieR music, you’d be foolish to pass this up. If you are new to the NieR music scene, welcome! Perhaps this fantastic soundtrack would be a good starting point for you. Much like its predecessor, I can only give the highest of recommendations. This borders on must-have status.