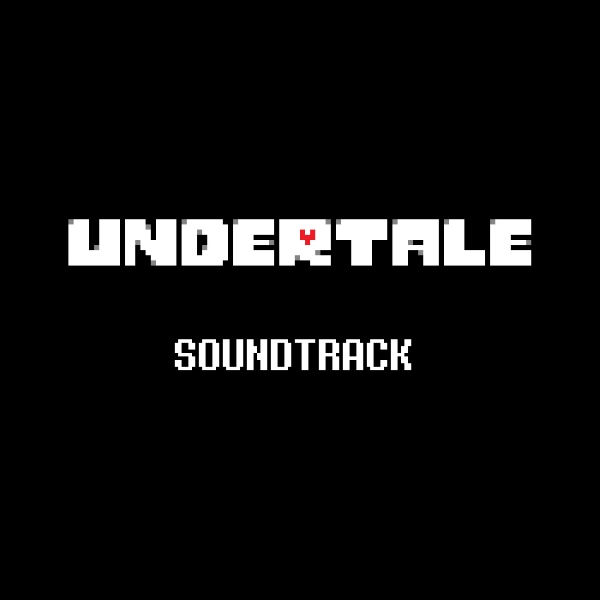 In its first few tracks, Undertale initially comes across as a faithful tribute to the NES era à la Shovel Knight. Once the piano kicks in on “Ruins,” though, it becomes clear that Toby Fox is working from a wider palette. In fact, one of the defining features of Undertale‘s soundtrack is the way it combines and fluctuates between chiptunes, more sophisticated soundfonts, and occasionally live instruments. The battle tracks in particular, like “Enemy Approaching” and “Heartache,” tend to blend these formats together. In theory, I wouldn’t have expected this to work, but Toby Fox somehow manages to weave these disparate styles into a unified whole.

This unity is partly a result of the Undertale‘s thematic richness. This soundtrack, despite its brevity, is incredibly dense with motifs that repeat and recombine in fascinating ways all throughout. The melody of “Once Upon a Time” may sound prosaic at first, but it gradually emerges as one of the game’s most prominent themes and is used to great effect in “Undertale,” “Hopes and Dreams,” and a half-dozen others. One of the album’s standout tracks, “Death by Glamour,” combines and reinterprets bits and pieces of several tracks that precede it. Most of these connections are immediately apparent, but Toby Fox also throws in a few more subtle reworks of previous themes. Try listening to “sans” and “It’s Raining Somewhere Else” back to back. This is a soundtrack that rewards repeated listening.

It certainly doesn’t hurt that the various themes are bursting with atmosphere and character. Between the jingle bells in “Snowden Town,” the funky baritone-sax in “sans.,” the rustic guitar in “Home,” the techno-synths in “CORE,” the sparse duo of piano and strings in “Snowy,” and the martial intensity of “Spear of Justice,” Toby Fox navigates an impressive range of styles. His melodies are consistently engaging and memorable, and the tracks have an overall economy of composition that allows these melodies to shine. Even the game’s most intense tracks never feel busy or unfocused. There are also a few smart references here and there; Phoenix Wright fans will get a kick out of the three “Dating” tracks.

In case it isn’t obvious by now, Undertale is one of my favorite OSTs of 2015. It is a consistently delightful set of tunes that feel modern and original even as they pay homage to the past. Like the game itself, it overflows with whimsy, but manages to be genuinely moving and occasionally unnerving. The soundtrack’s thematic density adds an extra layer of musical mind-candy, with every listen yielding new discoveries. My one complaint is that all of the tracks are a single loop, and as a result some of the shorter tracks feel like they are over before they start. That aside, you can’t go wrong with Undertale. Buy this game, folks…then buy the soundtrack.

Seriously, one track has a chorus of yapping dogs. That’s game-of-the-year stuff right there.