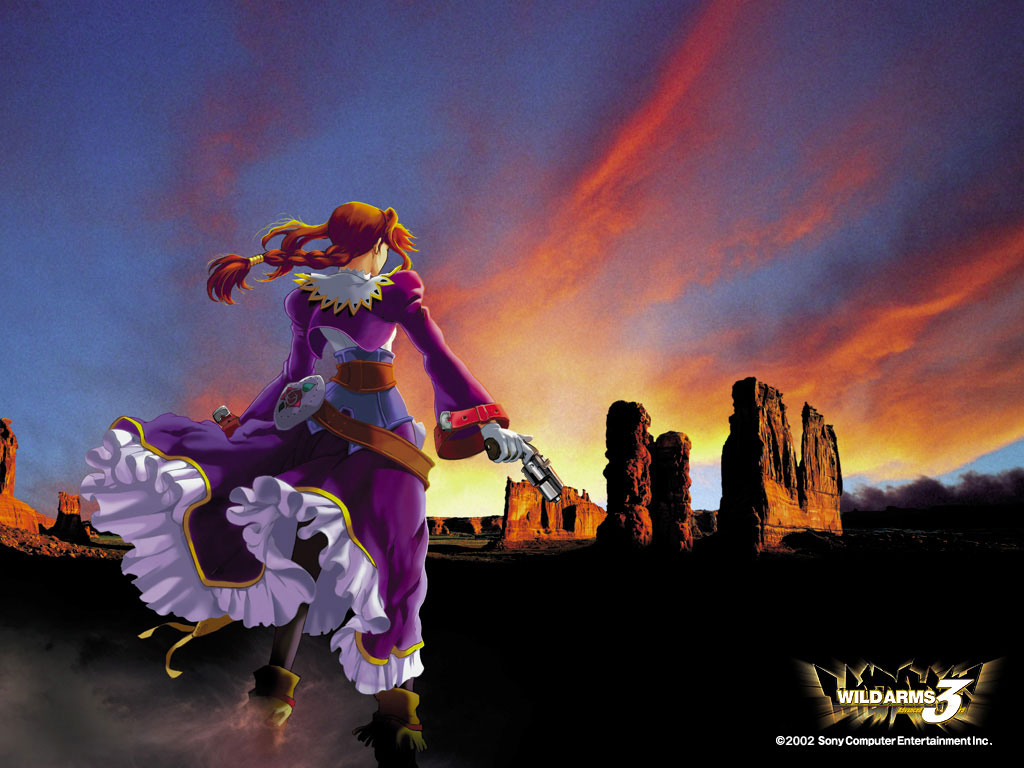 I’m a big fan of Media.Vision’s Wild ARMs series, so I was excited to hear about the third installment. Although I wasn’t floored by the second game in the series, the music was pleasant and there were definitely memorable tracks. Because of this attitude, when I saw the Wild Arms Advanced 3rd OST in my local Kinokuniya, I picked it up, excited to listen to some really great wild west-themed tunes.

I was severely disappointed.

Wild Arms Advanced 3rd‘s soundtrack barely crests the ridge of mediocrity, keeping it out of the “below average” category, but doing nothing to hoist it into greatness. A perfect example is the theme song, “Advanced Third” which is repeated in different versions throughout the 4-disc compilation. The song isn’t bad at all, but it doesn’t have the power of the title songs in either Wild ARMs or both discs in Wild ARMs 2.

Part of the problem is that most of the tracks sound as if they could have easily been done on a PS1. Often times the low quality MIDI is disappointing and hurts the soundtrack when trying to rate it in comparison to its peers. A perfect example is “Gun-Equipped Cavalry,” which has low quality MIDI trumpets.

I did like some tracks, however, such as “Lightning Blade in the Blue Sky,” for its fast paced electronica sound, and “Night of the Legends” for its soft, emotional quality. Out of 91 tracks, there have to be SOME good ones.

The soundtrack is obviously heavily western-themed, with guitar, mouth organ, and whistles being the most prominent instruments. At the same time, there are fast-paced techno themes like the above “Lightning Blade” track, and slow, ephemeral pieces, such as “Impatience Leading to Trouble.”

One thing I did like was the short tribute to the first Wild ARMs game in the form of a brief interlude of that game’s title theme in the track “Flying in the Midst of the Storm,” which consequently also incorporates Wild Arms 3‘s title song, “Advanced Third.”

I don’t suggest buying this soundtrack unless you first play the game itself, as I’m strongly inclined to believe that this is one soundtrack which improves drastically through nostalgia. Otherwise, save your money.