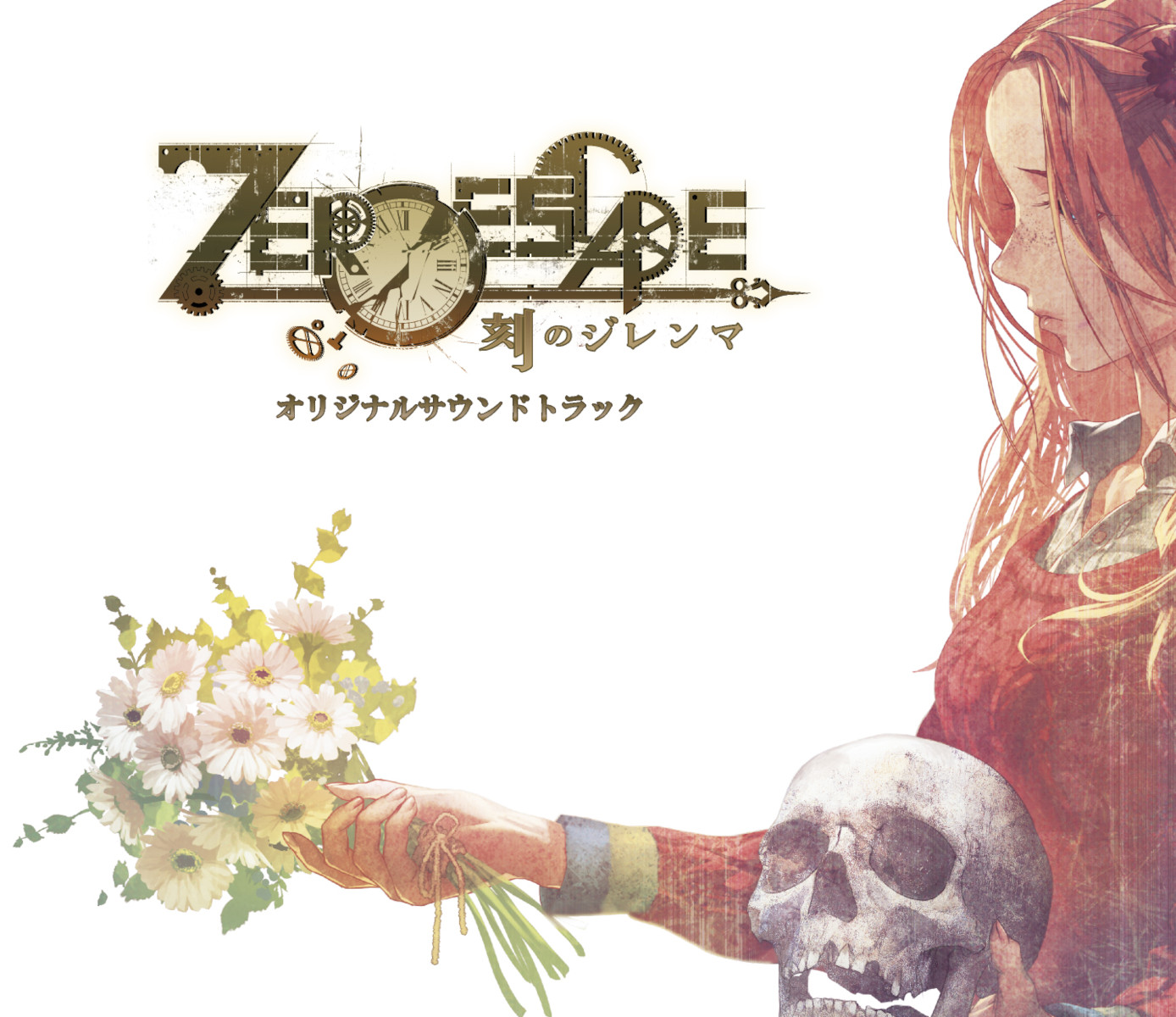 It has been six years since the release of Zero Time Dilemma, the third and presumably final game in the Zero Escape trilogy. While many players were disappointed with this last entry compared to predecessors Nine Hours, Nine Persons, Nine Doors and Virtue’s Last Reward, Shinji Hosoe’s masterful compositions helped ZTD to maintain the haunting, percussion-driven soundscape of past entries.

Time passed after Zero Time Dilemma‘s release. Too much time. Previous entries had full soundtracks published within a year of their respective game releases, but not ZTD. At the time of the game’s release, a digital-only, 12-track, 40-minute “Mini-OST” was made available exclusively on Steam. It was nothing to sneeze at, sure! It collected lots of great songs, including the original thematic melody “Interminable Dilemma.” But anyone who played ZTD knew there was more that Hosoe had composed for the game. How much more?

As of 2022, we finally know. The Zero Escape: Zero Time Dilemma Original Soundtrack is a three-disc set published by SuperSweep. There are 63 tracks, clocking in at just under three hours of audio. Approximately one third of these tracks are re-arranges of music from 999 and VLR (more on that later), with most of the rearranged material found on the first disc. As a long-time Hosoe fan and die-hard Zero Escape fan, I took pleasure in sorting out which songs were new and which were cleverly recycled into something special. I also enjoyed comparing the 40 or so new compositions to the older tunes.

But before even talking about the audio itself, it’s worth discussing the track names. As you can see in the tracklist, almost every song title is a two-word combination in the format “adjective noun.” And the adjectives tend to be very… esoteric. They are sure to expand your vocabulary, and they make me think back to the well-loved, emotional piano piece from 999, “Morphogenetic Sorrow.” Re-used in both sequels, this classic track is memorable not only for its audio quality but also for its unique name.

And then, when we look at the track names for Virtue’s Last Reward, we see that almost all of them are single-word tracks. Only nouns. But when reworked for ZTD, their names are now in the same “adjective noun” form of “Morphogenetic Sorrow.” VLR‘s “Placidity” becomes ZTD‘s “Erstwhile Placidity.” “Clarification” becomes “Perdurable Clarification.” And yes, I had to look up the definition of perdurable, though it appears to be a less common equivalent of “enduring.” And so on.

The three discs are named “Disc C,” “Disc Q,” and “Disc D.” Their artwork and their tracklists reflect the characters and puzzle rooms associated with the game’s three teams of characters. Interestingly, most of the VLR arrangements appear on that first disc, “Disc C.” If you need a refresher, Team C consists of the new protagonist Carlos (the firefighter) alongside 999 characters Junpei and Akane. One would expect more arrangements from 999 than VLR on this first disc (especially since Team D has a complete VLR cast with Sigma, Phi, and Diana). However, much of the music on Disc C is incidental music used often throughout the game’s cutscenes and dialogue, so it makes sense to place these early in the tracklist.

“Disc Q,” the second disc, has a healthy balance of VLR remixes up against some solid original tracks. I particularly enjoyed Hosoe’s use of softness, silence, and punctuated intensity in tracks 14 through 16: “Stygian Subterrane,” “Gnawed Spinal,” and “Mercurial Bard.” Team Q consists of original characters Eric and Mira, plus a mysterious boy with a NieR-Emil-like mask called Q. This group is the strangest of the three. Musically, “Disc Q” represents a solid portion of Hosoe’s original tracks for ZTD. Like the characters, “Q” represents “the new batch,” for better or worse. Suffice it to say I like the music of this disc more than I like Eric or Mira.

The final disc brings in all of the emotional heavy hitters. Both “Morphogenetic Sorrow” and “Blue Bird Lamentation” are here, as well as the full/original version of “Interminable Dilemma.” With Team D being the group this disc represents, I find a fitting match here as I consider the Diana/Sigma/Phi team to be the most significant given their association with Virtue’s Last Reward. That said, much of the music here is for late-game puzzles and events directly associated with Q and the mysterious villain Zero. “Bogue Solace,” “Trash Disposal,” and “Trans Ancientry” are stand-out original tracks, and “Quondam Monitors” is a fantastic, nuanced arrangement of “Monitor” from VLR.

The wait for this soundtrack was no fun. However, the fact that the soundtrack was finally published is cause for jubilation! I have had such a great time reliving the memories of ZTD and the entire Zero Escape trilogy as I kept the music looping hour after hour. At any given moment, I was sonically beset by techno, trance, industrial, or blissfully melodic strains of brilliant music. If you enjoyed the music of either of the previous games in the series, if you have any affinity for Hosoe’s musical style, or if you just need to hear something weird and wonderful, don’t pass on Zero Escape: Zero Time Dilemma Original Soundtrack.