Atelier Sophie: The Alchemist of the Mysterious Book
Review by Derek Heemsbergen · June 7, 2016

Perhaps the most succinct way I can describe Atelier Sophie is that it feels familiar, which works both for it and against it. 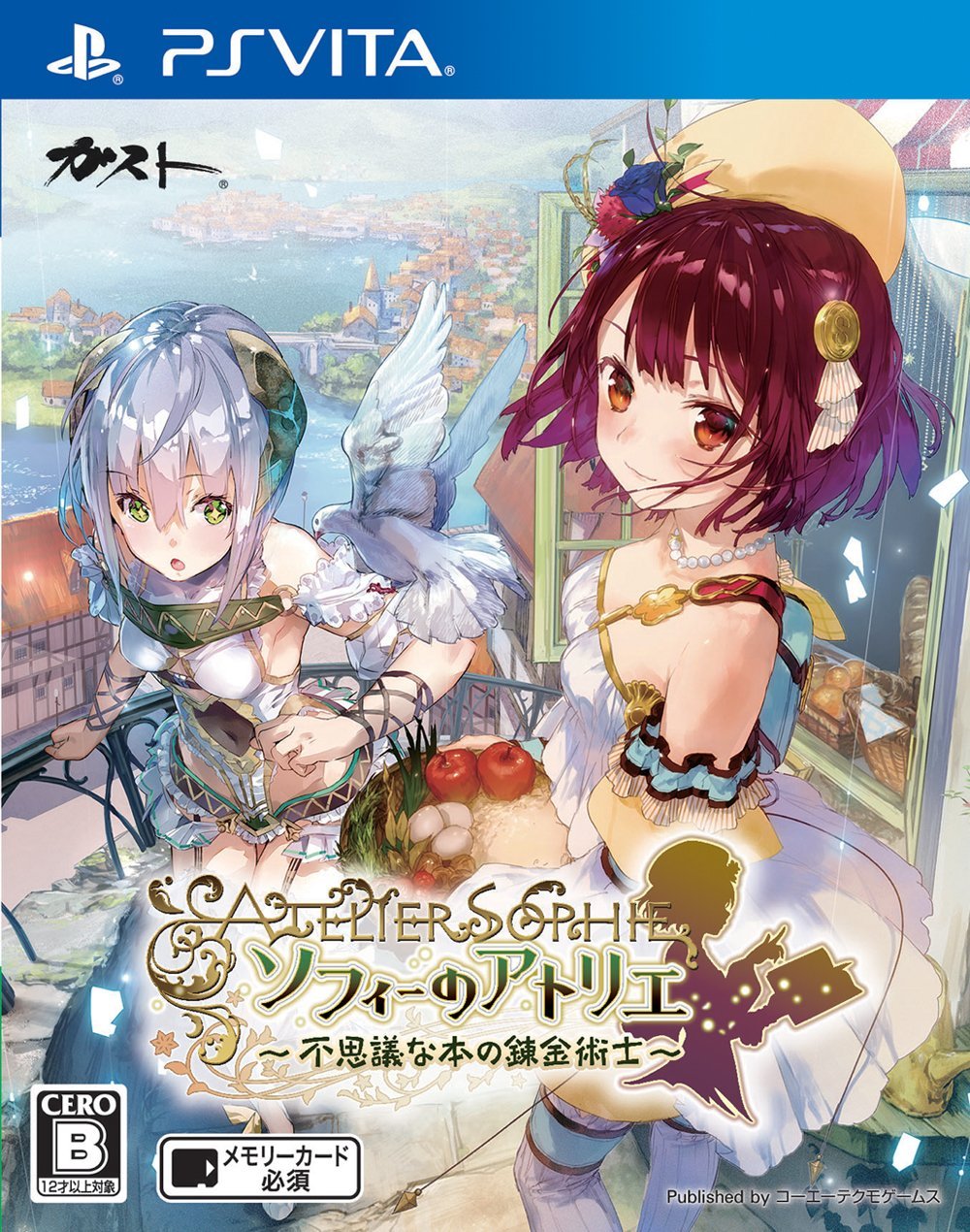 Nose buried deep in dog-eared pages, a girl’s eyes pass over hastily-scrawled passages in a tome rife with secrets untold. Atelier Sophie: The Alchemist of the Mysterious Book, like the rest of the games in the Atelier series, is a tale with narrow focus. It’s a slice-of-life story, chronicling novice alchemist Sophie’s trajectory of personal growth as she uncovers the forgotten truths behind a sentient book bequeathed to her by her late grandmother. It also marks the debut of the Atelier series on the PS4 following the Dusk trilogy that concluded with Shallie. The seventeenth (!!) Atelier game brings some significant shake-ups to the formula, some more successful than others, and sets a precedent for how the “Mysterious” sub-series will evolve in the future.

While previous Atelier heroines have held increasingly far-reaching goals — finding a solution to a natural resource crisis and restoring an ailing kingdom to its former glory among them — Sophie simply wishes to use alchemy to help people. The trouble is, she isn’t very good at it. She soon discovers Plachta, a former-alchemist-turned-book whose missing memories include the whereabouts of a wondrous cauldron that would allow even Sophie to master alchemy instantly. When the two discover that writing recipes on Plachta’s pages triggers the gradual return of her memories, Sophie resolves to help Plachta return to her former state – mind, body, and all. The story is, again, more personal than epic; it seems poised to broaden in scale during the latter half, as Plachta is forced to confront a ghost from her past, but ultimately plays it safe. Sophie and her friends are players on a stage that feels familiar, acting in a narrative that never transcends expectations. Though the proceedings are routine, the characters are at least entertaining, and all play a part in creating a humanoid form for Plachta to occupy at the climax of the first act, at which point it becomes almost entirely her story. As an aside, I was excited to see the design of Oskar, a large-bodied botanist whose appearance stands out amongst characters like a brooding clockmaker, a taciturn knight, and Linca 2.0. Unfortunately, his weight is often the butt of a joke, and other characters casually heap abuse on him at various points for being fat. Their remarks are relatively innocuous in the grand scheme of things, but I’d be lying if I said I didn’t tilt my head a few times and think, “Huh, that seems a little excessive.”

Admittedly, I never come to an Atelier game expecting a sweeping tale of heroism and romance. Item synthesis and combat are what I’m after, and Atelier Sophie makes significant changes to both systems. Alchemy is something of a puzzle this time around. Sophie learns new recipes by engaging in a variety of tasks, from investigating new areas to witnessing specific monster abilities in battle. Once she knows a recipe, she can synthesize an item by converting materials to Tetris-like blocks that she arranges on a grid. The placement of these blocks causes elemental bonuses to emerge on the grid, altering the effects and quality of the completed item. It’s actually more intuitive than it sounds, I promise. It soon became second nature for me as I rustled through my materials, crafting high-powered explosives and cream-kissed waffles to the tune of Sophie’s excited quips — quips that, I should mention, sounded better to me with the original Japanese voice track. I typically go for the English dub whenever one is available, but the performances this time feel uninspired, with a few exceptions. The soundtrack, while pleasant, doesn’t quite measure up to Atelier Shallie’s unexpectedly emotional and robust musical score. My fellow editor Neal Chandran was rather keen on it, and although my opinion is slightly less positive, there’s no denying it’s got a delightful main battle theme.

Circling back around to combat, I admit I am less than enthusiastic with Atelier Sophie’s changes in this area. The player now issues commands to a party of four characters all at once, at which point the action commences according to each character’s position in the turn order. In addition, reactionary support abilities, a hallmark of the series’ combat, are now executed automatically once the party’s Chain Link gauge is sufficiently filled. This system feels extremely hands-off at first, and even unpredictable, until the game unlocks a higher tier of support actions that no longer causes the Chain Link gauge to diminish. Even then, I often felt as if I wasn’t fully in control of everything my characters did. Their ultimate abilities in particular are bafflingly difficult to unleash, requiring a near-perfect storm of conditions that I only managed to achieve two or three times throughout my entire playthrough of the game.

Perhaps the most succinct way I can describe Atelier Sophie is that it feels familiar, which works both for it and against it. The European-inspired town of Kirchen Bell and its surrounding areas are quaint, but almost oppressively small and boxy. As wonderfully detailed as the characters’ designs are, they feel a bit flat compared to previous entries. Even new elements, like the inconsequential weather system and simplistic “Doll Make” interface used to customize Plachta’s humanoid body, amount to little more than window dressing. I felt a clear evolution in design throughout the Arland and Dusk trilogies that simply is not present here. Atelier Sophie is a fun and breezy experience, but also one that I’ll most likely forget much about before long.

Combat feels slower and less tactical than before, forgettable setting and story.

Not the jump forward I was expecting for this series, but a light and entertaining RPG nonetheless.