Essentially, if you love Dragon Ball in any form, you'll probably love Dragon Ball Z: Kakarot, but if you're looking for an in-depth RPG with engaging mechanics and combat, you're not going to get it here. 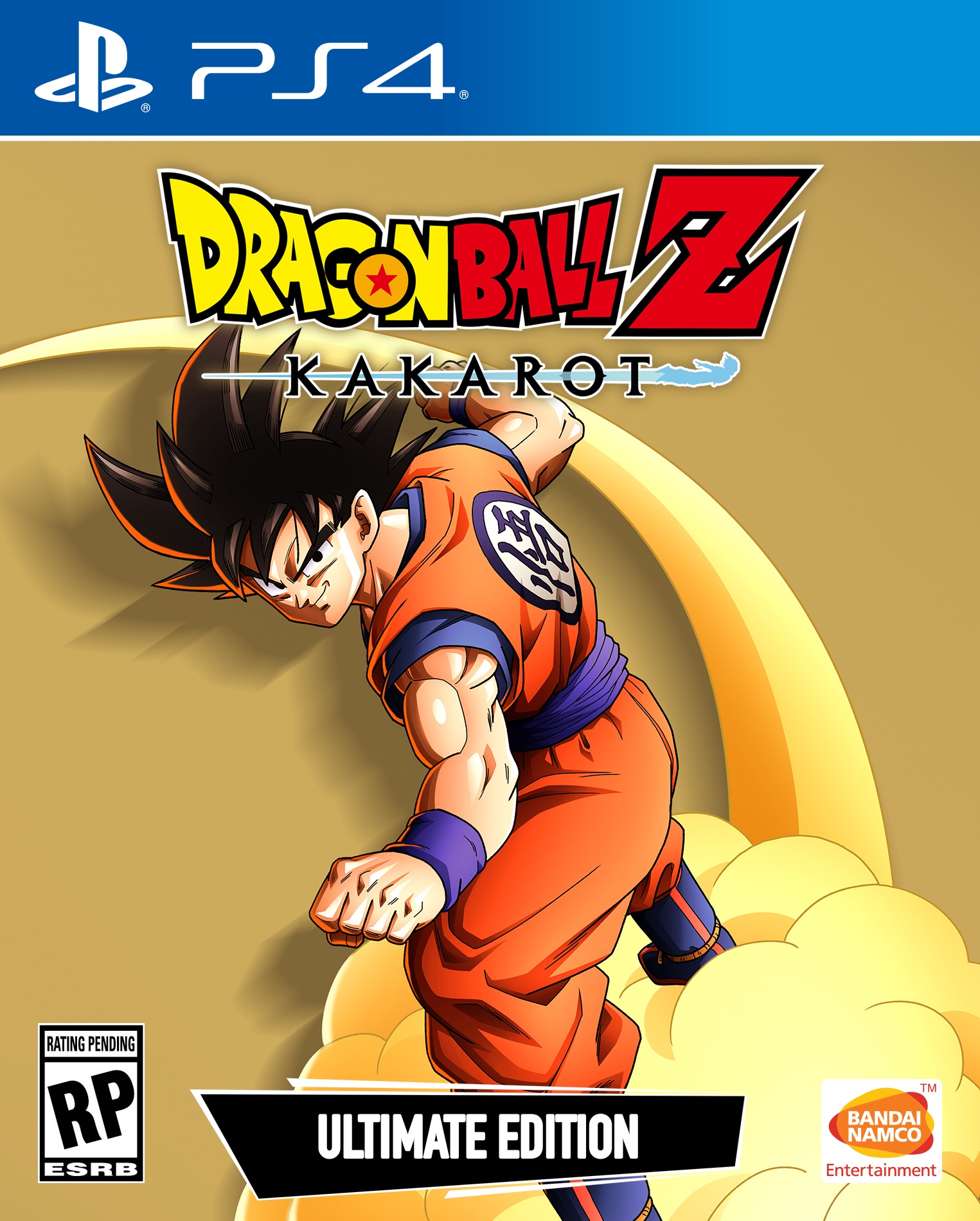 Dragon Ball Z surely has one of the most well-known stories in the history of anime and manga. Time and time again, we’ve seen the tale of Goku and his son Gohan retold in video game format as they attempt to save Earth from various intergalactic creatures. And while Dragon Ball Z: Kakarot is another retelling of the same four main sagas that make up the DBZ story, what makes it so different is that it puts the story right at the forefront of the experience. It’s a true love letter to fans of the ever-popular media franchise, but it struggles to make an impact as an RPG.

Kakarot shines best as a detailed and loving retelling of the DBZ story. Of course, there’s no way you can squeeze all 291 episodes into one 40-hour video game (and I’m sure most people won’t miss the Garlic Jr. Saga), but Kakarot has picked all of the key, memorable moments and allowed them to shine. The amount of care and attention that has gone into making Kakarot an authentic DBZ experience is astounding. Most of the current voice actors have returned, and some of the music is reused from the show, including the series’ signature title theme. There are title cards to indicate new “episodes,” a “coming up next” segment at the beginning and end of each saga to show off what you can expect from the next part of the game, and there’s even narration throughout!

Perhaps my favourite part of Kakarot is the Z Encyclopedia that you can fill up throughout the game. This thing is absolutely huge, and it contains recaps of the game’s story, profiles of all the characters (there’s over 250 of them!), snapshots of the original Dragon Ball show (complete with brief summaries), and even relationship charts for each saga. This encyclopedia makes Kakarot feel like a game made by Dragon Ball fans, for Dragon Ball fans, and I can absolutely see players spending hours trying to get every entry.

Kakarot also looks really good too, for the most part. When the action is underway, the game is extremely flashy and gorgeous. It’s been at least 15 years since I last saw the show, and watching Goku and Vegeta’s big fight at the end of the Saiyan Saga brought everything back. These cutscenes are highlights of the show, and so naturally, they’re highlights of the game. It’s a shame that this level of quality isn’t consistent. There are numerous visual glitches throughout the game: in one cutscene, there was a duplicated character model of Goku, and in some battles while preparing to attack, my character would start glitching out or twitching. NPC character models also look particularly rough.

But you’re not just here to rewatch DBZ, are you? Kakarot allows you to be a part of some of the series’ biggest and best fights, with mixed results. Battles take place in an open area, and you can throw long-range Ki attacks at your enemies or utilize melee strikes to weaken your foes. As you progress, you gain more skills for your characters so you can unleash extremely powerful attacks, like Kamehameha, Spirit Bomb and Gatling Gun. Fights with random enemies are easy, and you often fall back on simply button mashing your way through them. Bosses vary from frustrating to fun, and many of them have incredibly large health pools that make them feel like damage sponges. The aim is to break their guard, stun them, and unleash your best attacks where you can.

These fights look really cool, and many of the one-on-one bouts can be extremely fun, but most of them take forever to get through. A lot of the time, you chip away at your enemies, unleash a powerful melee attack, and then launch a long-range beam to inflict massive damage. Block and evade the enemies’ attacks, then rinse and repeat when you get a chance. I found the fights to be a chore in the first half of the game, but as I moved on to Frieza, the Androids, Cell, and even Buu, I began to have a bit more fun because I had a much more varied set of attacks. The fights where you’re outnumbered, however, are much less fun, and it’s easy to get lost and overwhelmed in the mayhem of beams, explosions and debris. I resorted to the same tactics for most fights, but hey, it was incredibly satisfying pulling off slow-motion attacks and beam struggles.

Outside of fights, all you really do is fly through empty landscapes to the next story marker or search out sidequests. Exploring is hampered by a floaty and awkward control scheme that takes a fair bit of getting used to. Jumping in any given direction seems to launch you much farther than you’d expect; it’s so easy to capault yourself high into the sky by accident while flying; and the buttons to stop flying, or dismount Nimbus, don’t feel intuitive. You can’t remap the controls in-game, and though you do get used to them after a bit, it’s still irritating while you get to grips with things. And the sidequests offer a level of boredom and repetitiveness that is on par with the dull exploration and neverending battles. There’s just so little variety in these diversions; they’re either fetch quests or extra fights, and while the rewards are often worth it and they offer glimpses at some lesser-known DBZ (and even DB) characters, they feel like a chore.

While you’re out exploring, you can pick up ingredients to cook with. Eating food allows you to boost your stats, both temporarily and permanently, depending on what you eat. You can also get Chi-Chi, Goku’s wife, to cook a full-course meal for you, but the increases are often minimal, and the hassle isn’t worth it. This cooking system, the simplistic fishing minigame, and the lack of any real need to fight anything make me think that there’s no benefit to Kakarot being an RPG. Yes, there’s a training mode that unlocks your skill tree so you can power up your attacks, but it’s just more of the same. The game also throws experience points at you throughout the story to ensure you match your opponents’ levels. It feels like Kakarot could ditch all of the levelling and stats, be more like an open-world action title, such as the Batman: Arkham games, and it would gain something.

There is one system I did really enjoy though: the Community Boards. Throughout the game, you gather Soul Emblems of the various characters you meet, and these can be placed on one of seven different Community Boards. Filling these boards levels them up and provides you with various bonuses. The Z Warrior Community Board, for example, focuses on increasing your attack power permanently, and the Cooking Community Board increases the effectiveness of cooked meals. Every Soul Emblem has different Boards they’re better suited to, and placing a character next to certain other characters increases that proficiency as well as the level of the board. For example, linking Master Roshi, Turtle and Launch (because they’re all residents of Kame House) boosts their proficiencies. I really enjoyed tinkering with different setups and taking advantage of all of these little boosts throughout the game.

It’s all well and good that Dragon Ball Z: Kakarot looks and feels like you’re re-experiencing the show. That’s why it’s all the more disappointing that the game makes for a really lacklustre RPG. It’s overstuffed with unnecessary mechanics just to try and make it feel like an RPG, but it fails because it forgets to make any of the systems actually matter. It doesn’t need them. Essentially, if you love Dragon Ball in any form, you’ll probably love Dragon Ball Z: Kakarot, but if you’re looking for an in-depth RPG with engaging mechanics and combat, you’re not going to get it here.

Faithfully recreates the feel of the Dragon Ball Z anime, huge number of details and references fans will adore, action cutscenes are a blast to watch...

...but others are hit and miss in visual quality, floaty and awkward controls, repetitive combat, boring sidequests.

As a Dragon Ball Z game, Kakarot is a true love letter to the fans. As an RPG, it's average.