My experiences with Type-0 HD reminded me of the freedom and difficulty of the earliest titles in the series, and exactly why Final Fantasy can be so wonderful. 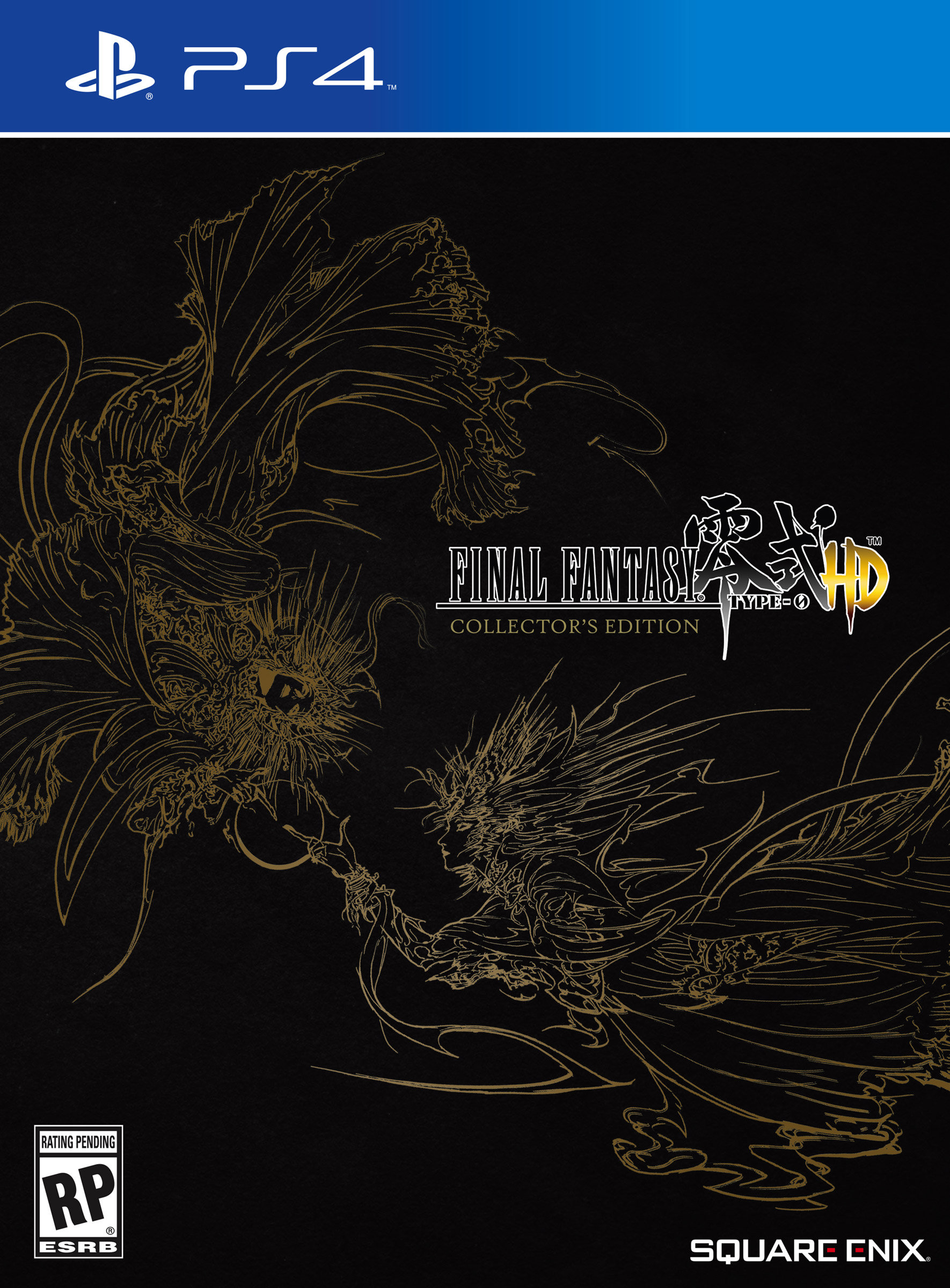 “The enemies on the world map are easy, this cave’ll be fine,” I innocently thought as I wandered into the first optional dungeon of Type-0 HD.

What I hadn’t realised yet was the old-school nature of this latest Final Fantasy spin-off. I learned quickly when I engaged the cat-like Coeurls in the next room that had a 12 level advantage on me. I flung magic with Queen, struck fast with Jack’s katana, healed with Rem, and serenaded with Deuce’s flute. 14 dead Class Zero members later, I reloaded my save and realised I couldn’t approach this game like I had with more recent Final Fantasy titles. I would have to learn how to play each character, approach battles strategically, and grind up some levels. My experience with Type-0 HD reminded me of the freedom and difficulty of the earliest titles in the series, and exactly why Final Fantasy can be so wonderful.

Early in the story, Type-0 grants you limited, but still expansive, access to the world of Orience. If you so desire, you can set off on foot across the land to explore the forests, coasts, caves and towns. The world is divided into large regions that typically have a handful of towns, a couple of optional dungeons, and plenty of enemies to fight. Certain enemies and locations, even in early-game areas, range from challenging to overwhelming, so exercising caution is important. Still, it’s fun to see the sights and take on foes stronger than you. As a bonus, no matter how far you go, you can return to the academy hub instantly through the menu.

And how do you get around such a large world? On a chocobo, of course! In the stables of the cadet academy, you can breed chocobos to create different types of the iconic birds. When you put a male and female chocobo together and feeding them Gysahl (or similar) Greens, the pair breed and produce a number of cute chocobo chicks. Depending on the mother/father combination and food provided, the babies may be more powerful, faster, sturdier and so on. Chocobos can be used to move around more quickly or to give you a leg up in combat, so breeding the best chocobos from a dozen types will likely enthrall enthusiasts. You can catch wild chocobos on the world map too, which might be a necessity if you run out of parents, since riding one depletes it from your inventory.

Three of Fantasies Past

Type-0 often feels like a combination of Final Fantasy XII’s political story, Final Fantasy XIII’s convoluted world-building, and Crisis Core: Final Fantasy VII’s fast-paced combat. Across the first few hours of the game, the world of Orience had me completely confused. The first few segments of the story lift a page from XIII and throw dozens of new terms and names at you without explaining what any of them mean. I was completely lost for the first couple of chapters and found it difficult to enjoy and understand. If you haven’t played XIII, then terms such as l’Cie will turn your head-scratching into head-drilling. I eventually felt more comfortable with the game’s setting and mythology, but it never grabbed me like the greatest entries in the series did.

In true Final Fantasy tradition, Type-0 features four great crystals, each tied to a respective nation. It is the crystals, instead of Fal’cie (as in XIII), who grant special tasks to individuals in Type-0. When granted a “focus”, a person gains unmatched power and becomes a l’Cie. If they fail their task, they are turned into mindless monsters. If they succeed, they are forever encased in crystal. Wonderful options. Unlike XIII, l’Cie in Type-0 are immensely powerful, capable of annihilating entire cities in battle.

The game is broken up by missions, and between them you’re granted free time to explore and complete side-quests. The academy is filled with uninteresting NPCs ready to offer you equally uninteresting quests such as bring me “x” number of an item or go kill “x” number of enemies. Leaving the academy grounds or engaging other students in lengthy conversations depletes a certain number of hours from your remaining time. Once you’re out, you’ll be called for the next mission.

There are a few instances where you don’t have enough time to see all the events on offer, so the time restrictions do deliver replay value. However, I found it frustrating to miss out on various conversations or events, some of which provide important plot developments for members of Class Zero.

In Type-0 HD, eidolons are powerhouses capable of crushing enemy after enemy with ease. Even challenging bosses are knocked down a peg or two when Ifrit, Shiva, Diablos or any of the 3 others are summoned to fight. The catch? Whoever summons an eidolon will die. This leaves you with a tough question: do you sacrifice a party member for the rest of the mission to easily win the current fight? If you’d prefer not to risk it, there’s also a special team attack that can be equipped in an eidolon’s place. These kind of tactical options are the backbone of Type-0’s engaging and interesting combat.

Seven, Eight, Nine (and so on) of Cringe-Worthy Dialogue

Considering the quality of voice acting found in other recent Final Fantasy titles, the appalling English voices in Type-0 come as a shock. The acting is stilted, dry, and bereft of any life or realism. Each line feels like it takes place in some sort of void where the characters are speaking, but not to each other. As a result, cut-scenes are awkward to listen to and many of the scenes that should be dramatic fall flat. There are both English and Japanese voice tracks available, though the Japanese voices aren’t a significant improvement.

Why is there no Class Zero cadet named after 10? What happened to this mysterious missing link? Do Nine and Jack feel like they’re missing someone special? Perhaps Square Enix thinks that Jack is the “10” playing card? I guess we’ll never know. Or perhaps there’s a secret hidden for dedicated players.

Jack of All Trades

Perhaps Type-0’s greatest strength is the diversity in its playable characters. A huge 14 members of Class Zero can be controlled and taken into combat, and they’re all available to you from the beginning. Learning how to play 14 unique characters is a huge task, and mastering them all is key if you want to survive the most difficult missions. A party of 3 can participate in each battle, and if one cadet dies, you can instantly replace him or her with one from your reserve roster. Only once your reserves are depleted will you meet a game over.

Type-0’s challenging level of difficulty means you will constantly see dead cadets in each mission, even if you don’t sacrifice lives to summon eidolons. By learning how to use all members of Class Zero, you’ll be at a significant advantage when your favourites drop. There are so many styles to choose from: Ace throws cards and blinks around the battlefield, Deuce plays her flute to bolster allies, Eight charges forward with his fists, Nine jumps as well as any Dragoon, Cinque pounds into foes with her slow-moving mace, Trey snipes with his bow from a distance, King shoots with dual pistols, and so on. New abilities and magic can be learned and customised too, so your options in combat are excitingly varied.

Queen of an Empire

A handful of times throughout the game, you’re given the option to participate in skirmish battles. These are strange Real-Time Strategy-like encounters wherein you direct troops on the world map to defend your nation’s towns and take back those the Empire have invaded. The system feels out of place in a Final Fantasy game, yet it remains a fun and unique mechanic. Your choice of Class Zero cadet can fight alongside the deployed troops to fight back incoming armies. These are not traditional battles like the rest of the game; instead, you attack marching platoons while on the world map. Troops can only be directed when you’re near a town, so running back and forth between settlements can be tiring. Still, they add variety to the gameplay offered in Type-0, and there aren’t enough that they become a chore.

After a glorious opening cut-scene, it becomes immediately clear that Type-0 is indeed just an HD upgrade of a PSP game. Some locations are grand in design, such as the cadet academy, but most buildings, characters, and environments are basic and bland in their ascetics. Knowing it’s a port makes these faults easier to forgive, but it stings a little if you consider that Type-0 is still a full priced PlayStation 4 game. As gorgeous as the new Class Zero character models are, when they’re running around towns that look completely identical, it tears at your soul a little.

If you fondly remember the days of expansive world maps, uninhibited exploration, and heavy character customisation, then you should look to Final Fantasy Type-0. Reminiscent of the first few releases in the series so many decades ago, Type-0 reflects many of the design attitudes lost in the 90s and 00s. It isn’t the most polished game, and it’s hard to forget it was originally released on PSP, but Type-0 manages to retain a simple charm not seen since the days of Firion, Onion Knight, and Cecil.

Rough around the edges, but fun and exciting to play if you can get past the awful dialogue.