Even in spite of the mediocre rhythm gameplay, I still enjoyed my time with Persona 4: Dancing All Night, and I'm comfortable recommending the story mode. 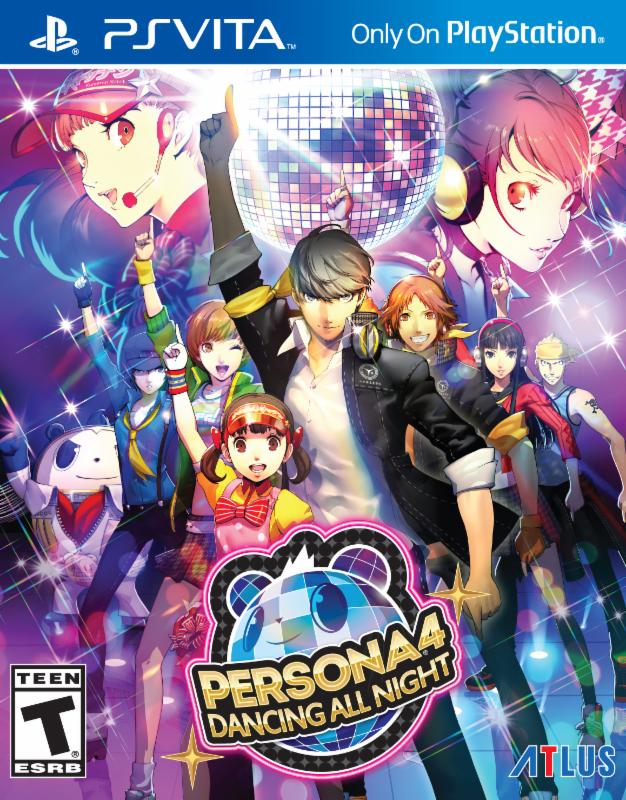 It seems like I may have been the only one who didn’t have to be sold on Persona 4: Dancing All Night. I love music games, I love Persona, and I love Persona music, so I found myself pretty far removed from the sea of skeptical voices deriding Atlus for milking every last cent out of Persona 4 with an idol dancing game. Public opinion on whether or not P4D needs to exist aside, the game is at last in front of us. What we ended up with is a serviceable rhythm game boasting an incredibly polished presentation and a fun story. The mechanics of the game don’t quite hold up in the way your Curtain Calls do, but it’s still a fun adventure worth taking if you’re as in love with the P4 cast as sales would indicate people are.

The setup seems as though it would be all concept and fan-service heavy — the Investigation Team comes together to help Rise with an upcoming performance, and their lack of experience leads to some intense footwork counseling from the bubbly former-now-again-an-idol. Somewhere along the line, folks get kidnapped, and the only way to save them from the Shadows is by burning up the dance floor and occasionally riffing sweet Persona guitar solos. That said, while there’s plenty of fan service, I found that the story in Dancing All Night felt like an honest and fun, if silly, continuation of the P4 storyline.

There’s plenty of meat to the game alongside the story mode, with unlockable modes, costumes, accessories, DLC songs, a few rather neat secrets, and a fairly robust set of songs. With the exception of a few bizarrely styled remixes, the soundtrack is absolutely a blast. And yet, I still find myself lukewarm about the game itself.

It comes down to two major problems. First: the Vita has a wide screen, and since the notes you’ll be dancing all night to come from the center of it, you’re constantly trying to jump around the periphery of the screen, rather than focusing on a central area. That’s compounded by the fact that scratches (represented by solid circles flowing from the center screen), can currently only be tackled by moving either of your hands to the analog sticks and pressing in any direction. I’ve heard through the grapevine that a patch is incoming that will allow one to riff on the scratch lines with the shoulder buttons, and that would go a long way towards long-term playability.

The second major issue I have with the game is the relative lack of feedback when you’re missing or scoring on notes. Whether you hit the note perfectly, miss entirely, or do anything in between, the game doesn’t tell you how you did beyond one of the characters offering verbal encouragement. The dancing doesn’t stop or or change, and the music continues unabated without any kind of audio indication that you’re doing poorly. There are a bunch of choices for what sound effect is made when you press the six main buttons, but beyond that I felt disconnected from the music the entire time I played, as though I was merely hitting buttons on top of a music video that wasn’t in any way related to my inputs. This might be something more endemic to the idol dancing genre, but either way, it’s frustrating and makes me not want to play.

It’s by no means a sloppy game in any other area, either. Everything is bright and colorful, the dancers themselves are so skilled it’s hilarious to watch, and the voice acting is as sharp as it has ever been in the series. Even in spite of the mediocre rhythm gameplay, I still enjoyed my time with Persona 4: Dancing All Night, and I’m comfortable recommending the story mode. It’s those other issues when actually playing the game, along with the unforgiving difficulty (you can finish a song and still fail unless you perform near flawlessly on the higher modes) that make me hesitate to pick it back up again.

Worth it for Persona 4 fans, but misses the mark in regards to its rhythm gameplay.