If you only get the chance to play one SaGa game, make sure it's this one. 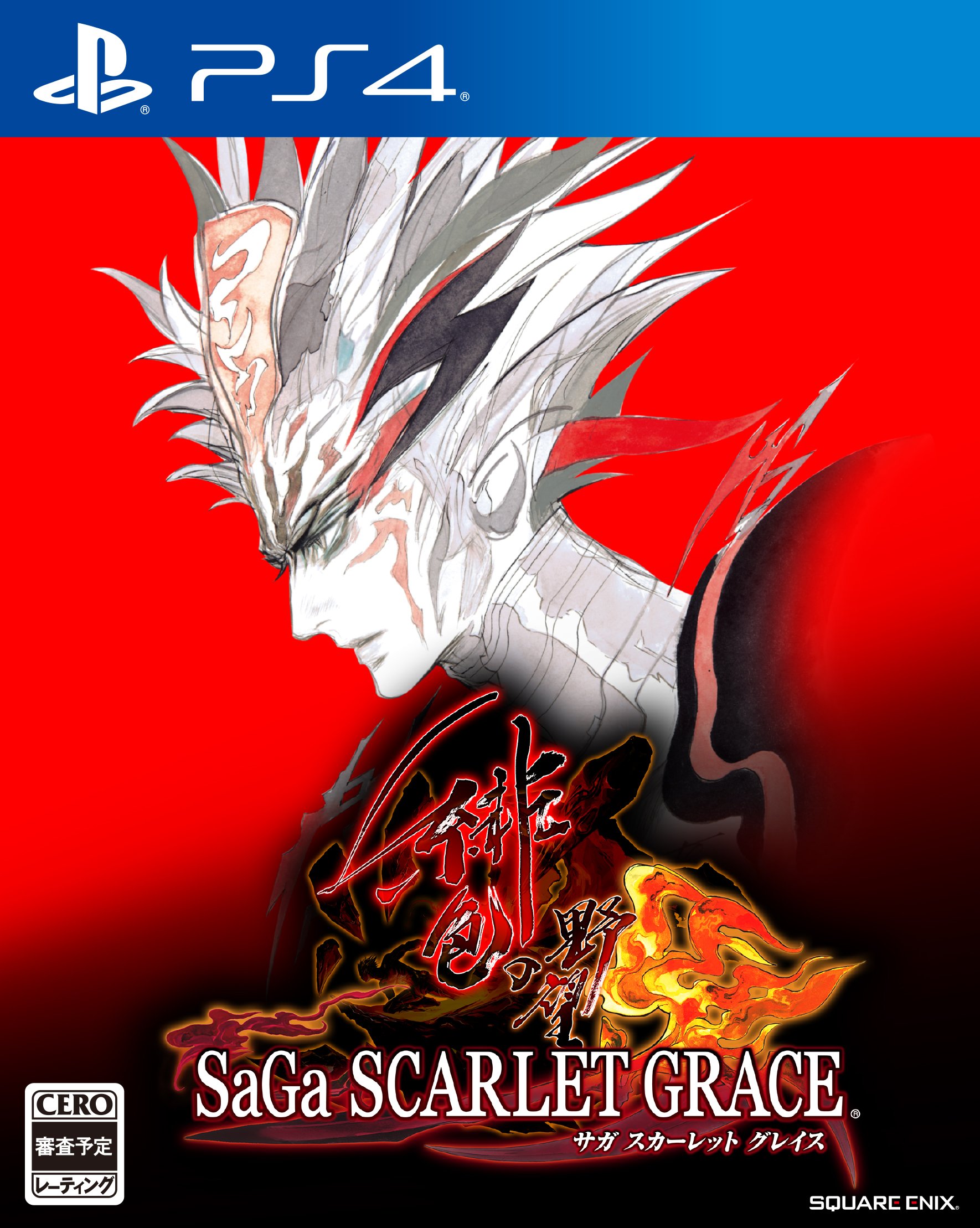 Pretty early on in SaGa Scarlet Grace: Ambitions I found myself up against the wall. I was fighting one of the game’s early bosses, and while I’d got the monstrous squid down to a manageable amount of health, it had wiped out my entire party bar one character. If my remaining character took one more hit, I would lose. The boss attacked, but my character dodged. In the next turn, he attacked the squid to take it down to a slither of health. I couldn’t get lucky and dodge two attacks in a row, surely? But then, luck came into play. After my character attacked, they learnt a new skill mid-battle, called a glimmer, and that glimmer was enough to see me grasp victory.

It was utterly thrilling, and it was here that SaGa Scarlet Grace: Ambitions clicked.

If you’ve heard of the SaGa series, you’re probably aware of its reputation for being a highly challenging series where each game essentially leaves you to figure things out for yourself. You have a whole world map to play with, and you’re going to get very lost and die a lot, but that’s how it is. Scarlet Grace: Ambitions is no different. It’s an intimidating game to start with, because it discards towns, dungeons and random encounters in favour of a picture book-like world map; instead of extensive exploration of locations, you can interact with landmarks like caves, ruins and forests in order to trigger events like cutscenes and battles. All you have is one hint to get you started. It’s not easy to crack into, but once you get past your opening fear, you’re in for a treat.

Like most other SaGa games, Ambitions has multiple protagonists, each with a slightly different story. At the beginning of the game, you have to take a quiz which determines which of the four protagonists you will start off with: Urpina, Leonard, Taria or Balmaint. Disappointingly, while different to begin with, each character’s story tends to fall to the wayside after the first chapter. What keeps each playthrough fresh is the companions to recruit along the way, and the wonderful localisation. 8-4 have done a fantastic job on bringing life and charm to the world and characters of Ambitions, and stop the story from feeling completely stale.

What sets this installment apart from the previous games is how inviting it feels. That’s a strange thing to say about a very open, very difficult game, but Ambitions successfully encourages interacting with landmarks on the map. You might get a new character, a small hint towards a later sidequest, some items, or even information toward your main goal. It teaches you not to be afraid of things, right down to telling you how difficult an enemy encounter will be. If you enter a new region, you’re always told if something story-related is happening there. I never got lost and found that I was rarely punished for investigating. And with Kenji Ito returning to compose the soundtrack, why wouldn’t you want to carry on investigating? Each character has their own unique map and battle music, and some of the boss tracks are utterly enthralling. Ito is always at the top of his game with a SaGa soundtrack.

Visually, you can tell this game was initially developed for the Vita. The version we have is based on the Ambitions Japanese console release from 2018, which introduces new characters, a few new cutscenes, and some general tweaks to the gameplay. I adore Tomomi Kobayashi’s art, and I think it translates really well into the game, especially the watercolour style world maps which ooze personality and have extensive detail in them. Yet, many of the character models are recycled, so while it may look like you have a unique party member, another town may have a resident who looks exactly like your ally, but with a different hair colour. Some of the battle arenas are also very plain and empty, and there’s not much variety to them.

What definitely isn’t stale is the combat. Deceptively simple on the surface, Ambitions spices up the traditional turn-based system in a number of ways. At the beginning of each turn, you have a set amount of Battle Points (BP), and each skill you use consumes these points. The amount of BP you start with, and how it increases, depends on the formation you select at the beginning of a battle. Formations affect other things too, such as defence, attack power, and providing benefits to particular weapon types. Your attacking order is shown on a timeline at the bottom of the screen, and you can disrupt that turn order by using skills to jump ahead of the enemy, push their turn back, or even inflict status effects to prevent them from attacking.

What you need to learn quickly is which enemies are weak to what status effects, and what skills are best at stopping or pushing the enemy back. You also want to set up United Attacks, where at least two characters defeat an enemy between them in the turn order to clash together and unleash a group attack on another foe. Triggering these takes a bit of skill, but with enough patience and experimenting, you can unleash multiple United Attacks in one turn. Going through the motions of every single encounter is so addictive. I got knocked down easily several times only to change tactics completely and scrape through a fight. Some were insanely hard and took me multiple retries to get past. But unlike my experience with Romancing SaGa 2, or Unlimited SaGa, I never felt combat in this game was unfair. In fact, Ambitions quite honestly has one of my top turn-based battle systems ever. This is not for everyone, and there’s certainly a few insanely difficult fights that pushed me to my limit, but mostly it was a wild and exciting ride.

Of course, it being a SaGa game, my biggest gameplay gripe bites me in the backside, but to a lesser extent than other series titles. I’ve already mentioned glimmering at the start of the review, where your character learns a new skill in battle that is tied to skill usage, or weapon type, so even then you might learn it in a fight then die, only to reload the same fight and not learn it this time for another five hours. The same can be said for roles, which are tied to weapon types. Axes can teach a character certain roles, and greatswords others. If a character has high proficiency in multiple weapons, this may unlock other roles, but there’s no set skill level where these are unlocked. It’s down to a lot of patience and, if you’re a completionist, a lot of grinding. And while the game does encourage you to swap and experiment with weapons, levelling that weapon type up when you’re fighting very strong enemies can take a very long time and result in a lot of deaths.

Still, SaGa Scarlet Grace: Ambitions did something I didn’t think a SaGa game could do: it made me fall in love with it. Sure, it can still be a little obtuse, and there’s still a big element of randomness to learning new skills or roles while having to pay a lot more attention to your surroundings than in other RPGs, but the latest entry in the SaGa series is probably the most rewarding, forgiving and satisfying of the bunch. If you only get the chance to play one SaGa game, make sure it’s this one.

A former RPGFan editor, Stephen Meyerink, worked on this game. These relationships in no way influenced the reviewer’s opinion of the game or its final score.

Deeply strategic and exciting combat, excellent localisation, no shortage of things to do, beautiful soundtrack.

At times brutally difficult, and others frustratingly random, SaGa Scarlet Grace: Ambitions takes some big risks to ensure it's highly satisfying and incredibly rewarding to play through.