Xenoblade Chronicles X trades some of its predecessor's straightforward sensibilities to create an experience that is larger in scope and breadth, but perhaps less streamlined and intimate. 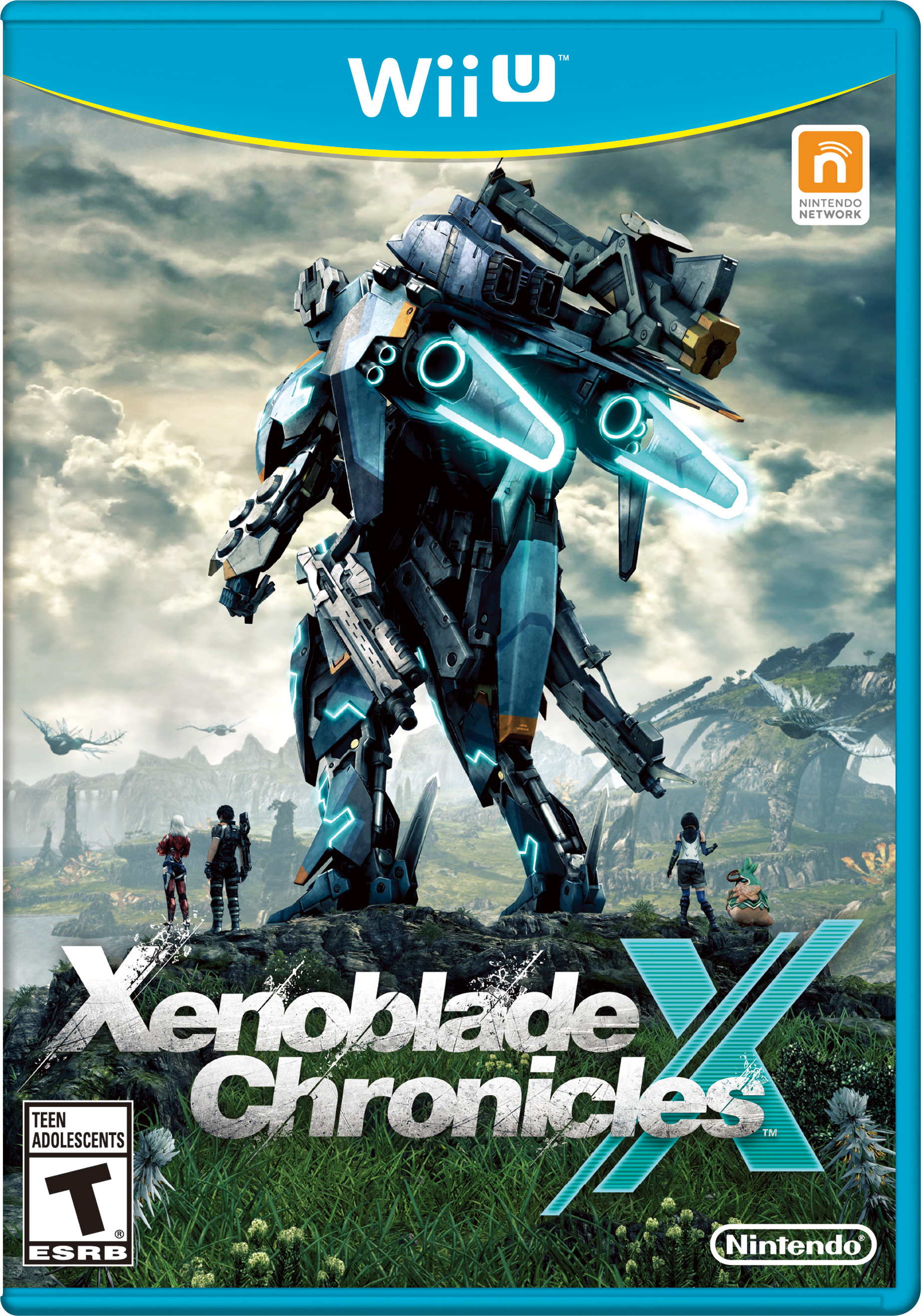 When you’re a developer whose previous game took place in an awe-inspiring world composed of the colossal husks of dead gods, where else can you set your next game but on a whole different planet? Many of us here at RPGFan agreed that Monolith Soft had some Bionis-sized shoes to fill in the wake of the critically acclaimed Xenoblade Chronicles. Their sophomore effort in this Xeno- subseries, Xenoblade Chronicles X (hereafter XCX), features a new cast and narrative disconnected entirely from the first game, as well as a nearly-inverted gameplay structure. In many ways, XCX is the original Xenoblade Chronicles filtered through a Western lens. It trades some of its predecessor’s straightforward sensibilities to create an experience that is larger in scope and breadth, but perhaps less streamlined and intimate.

In place of Xenoblade Chronicles’ character-focused tale, XCX takes place on a grander scale. An intergalactic skirmish between two alien races, situated in space above Earth, leads to the planet’s untimely obliteration. The remnants of humanity are forced to flee the galaxy on an ark called the White Whale, eventually crash-landing on a planet they dub “Mira.” As a new member of joint military and colonization organization BLADE, it is the player’s task to retrieve missing pieces of the Whale and develop Mira into humanity’s new home. The story takes a few twists and turns over its twelve chapters, but it doesn’t completely capitalize on the potential of an entirely unknown universe populated by a multitude of other species. Conflict is on a relatively small scale and antagonists’ motivations feel petty. The aliens in XCX are cosmetically diverse, but ultimately behave like quirky humans; the more hostile sort squabbles endlessly over territory while friendlier types don’t hesitate to send BLADE on banal errands. There’s a deceptively large cast of playable characters, but they too feel a little generic, as they’re essentially just modified player avatars and draw from a pool of identical visual animations. At the very least, the core cast of battle-hardened soldier Elma, mechanical genius Lin, and goofball alien merchant Tatsu is likeable — which is important, because you’re locked into traveling with these characters throughout the majority of the game’s story missions. (Full disclosure: even after spending weeks with the game, I have not beaten it as of this writing. However, I feel confident in my ability to assess it as a whole and will update this review if any late-game story content significantly changes my opinion.)

Far more interesting than the central narrative is the planet Mira itself, with its astounding biodiversity and wonderfully bizarre flora and fauna. Each of its five continents represents a distinct biome full of secrets to discover and vistas to behold. XCX is a visually stunning game that’s easy to get lost in for hours at a time, its massive world easily rivaling this year’s other open-world giants like The Witcher 3. Traversal is fast and smooth, especially once you’ve unlocked the ability to pilot a Skell — your very own outrageously stylish, fully customizable giant robot. (More on that later.) In line with the game’s central theme, one of the most important things you’ll do is map out uncharted territory using a system called FrontierNav. Areas are laid out on the Wii U Gamepad in colorful hexagons, and planting probes at specific locations will reveal the surrounding terrain, as well as unlock fast travel to that spot. Even without a particular objective in mind, exploring Mira is a joy in and of itself.

Speaking of objectives, there are a wide variety of ways to spend your time in XCX. Aside from story missions that advance the plot, there are affinity missions that develop individual characters, basic missions to collect items or hunt monsters, and normal quests that tell smaller stories within the overall narrative. The division of quests into several categories is not unlike the structure found in Lightning Returns, granting the player freedom to prioritize whichever missions they see fit. I don’t particularly enjoy the “collect ten xeno-apples” variety of quest, for example, but I could at least accept the ones that overlapped with my existing objectives to get some bonus cash while I was out exploring a particular area. My only complaint with the staggering amount of content in XCX is that it’s easy to get overwhelmed if you have a completionist mindset. It sometimes feels like quests are endless and new destinations are constantly being added to FrontierNav, not to mention the ever-present spectre of the Collectopedia looming overhead. This isn’t inherently a bad thing, mind you, but the volume of content is on par with an MMORPG in some respects — a prospect some players might find exhausting.

Of course, not all wildlife on Mira is friendly, and so you’ll spend a good portion of your time engaged in battle. Combat builds upon the system used in Xenoblade Chronicles, centered around managing cooldowns and weaving Arts into combos with fellow combatants. This time, there’s little in the way of healing abilities; instead, characters regenerate health automatically whenever a combo is successfully initiated, or upon a well-timed press of the B button during frequent “Soul Voice” QTEs. Each character has both a melee and a ranged weapon, as well as a suite of Arts, that is dependent upon their class. Classes, which include styles like the dual-wielding Commando and Jedi-esque Galactic Knight, can be switched at any time and the player retains all proficiency in each class regardless of how often they change roles. The introduction of Skells midway through the game adds another layer of complexity to battle. Skells can be outfitted with a huge number of weapons and customizations, and while they behave similarly to human characters, they constantly drain fuel that must be replenished at regular intervals. If a Skell is destroyed in battle and the player doesn’t have insurance (yes, seriously), the repair cost is astronomical, so it’s best to exercise discretion when pitting a Skell against a dangerous foe. That being said, it’s hard to beat the rush of flying around in a giant robot and shooting lasers at level eighty alien dinosaurs.

While you’re playing XCX, you’re likely to have one of two reactions to its soundtrack: “This stuff is pumping me up like crazy!” or “What the hell am I listening to?” Composed by Hiroyuki Sawano, XCX’s music is more than a little unusual. In one track, “Black Tar,” electric guitar wails while David Whitaker raps about needing a bigger gun. “Uncontrollable” features the indelible voice of Mika Kobayashi in a battle anthem straight out of Kill la Kill, while “N市L街A” has a persistent beatbox hook that is at once obnoxious and infectious. If the game’s theme is one of contemporary humans trying to find their footing on an unknown world, the music is actually rather fitting, for all its surface-level strangeness. You may laugh as often as you’re jamming along, but hey, as long as you’re having a good time…

I don’t think that XCX is the natural evolution of Xenoblade Chronicles, but honestly, I’m okay with its new and surprising direction. The story admittedly isn’t as memorable as Shulk and crew’s adventure with the time-bending Monado, but does it have to be? Mira is a richly detailed world that tells a story of its own through stunning visuals and encounters with fascinating creatures. If you’re able to process the complexity of XCX’s systems and aren’t daunted by its absurdly huge volume of content, you will undoubtedly enjoy your time in its brave new world — time that will stretch into hundreds of hours before you know it.

Can be overwhelming, systems can feel overly complex, story isn't as developed as its prequel's.

A content-rich sci-fi adventure that diverges from its predecessor in unexpected but delightful ways.