Chrono Cross 20th Anniversary Live Tour 2019 Coming to Blu-ray, and We Are All Quite Stoked 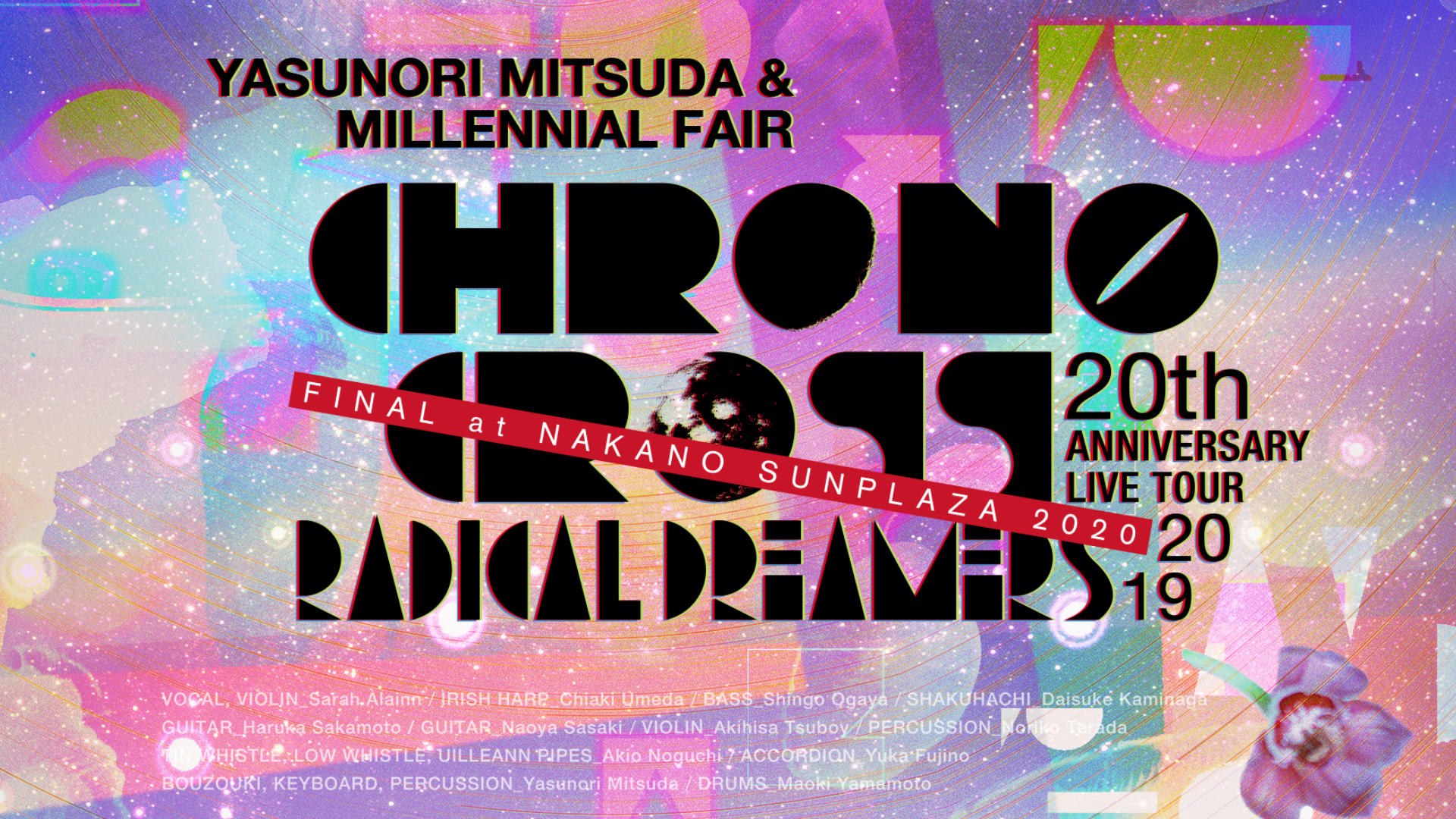 If you ask 50 JRPG enthusiasts to name their favorite composer, I’m betting big-time that at least 15 will tell you it’s Yasunori Mitsuda. His name is vintage; his works have graced such gems as Xenogears, Shadow Hearts, Xenoblade Chronicles 2, and even Final Fantasy XV: Episode Ignis. (But just Episode Ignis. Yoko Shimomura’s soundtrack for that game is sublime, but Mitsuda is always a welcome contributor.)

But if there’s one game wherein Yasunori Mitsuda’s compositions are praised more than any other, it has to be Chrono Cross. Just click that page and take a look at how frequently it comes up on Rhythm Encounter! And if you’ve never had the chance to listen to this all-time classic RPG soundtrack, April 14th will be a wonderful day to fix that.

Back in the halcyon days of 2019, Chrono Cross found renewed fame with a superb concert performance celebrating 39 tracks, played to perfection for a packed and cheerful audience. One problem: it took place in Japan and Japan alone. International fans have clamored for a chance to watch the concert unfold worldwide, and thanks to Procyon Studios and Sleigh Bells, we’re about to receive just that. On April 14th, the standard and limited editions of Chrono Cross 20th Anniversary Live Tour 2019 will be made available on Blu-ray discs for our collective listening pleasure. Below are some photos from the event:

We’ll have to settle for only a partial English translation — neither the documentary nor the audio commentary will be covered — but I’ll take what I can get. Prepare to pull out your pocketbook for this one, as the standard edition Blu-Ray will set us back somewhere in the neighborhood of $56 USD. The limited edition release, a Procyon exclusive, ups expenses to around $116. At least we’ll get a behind-the-scenes video and a 12-track guitar arrangement digital download code.

For more information (and a lovely audio preview), check out the official trailer for the Chrono Cross 20th Anniversary Live Tour 2019 Blu-ray.

Chrono Cross took Japan by storm in 1999. Overseas, it splashed ashore in 2000. Despite a somewhat divisive reception to the game itself (especially from a segment of Chrono Trigger fans looking for something more familiar), the music is nigh-universally lauded for its vibrant, eclectic, and occasionally soul-tearing qualities. Here at RPGFan, we love it to pieces, so you can safely suspect we’ll have further coverage of this Blu-ray in the months to come.