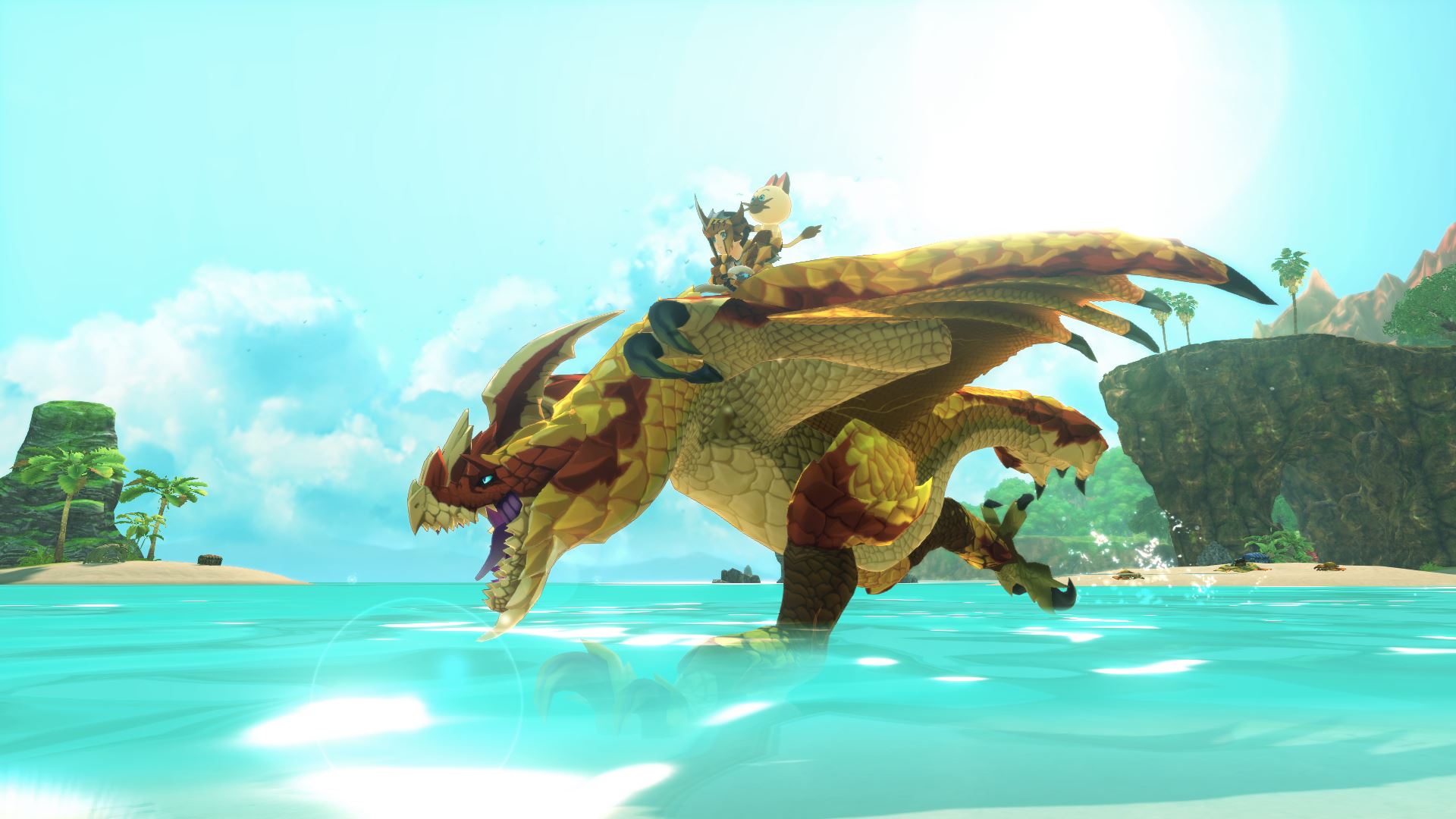 Ever since Final Fantasy XV first introduced me to the bro-like banter of four black-clad, pop star-looking Warriors of Light, I’ve had that dialogue exchange stuck in my head. Noctis Lucis Caelum, a more approachable and empathetic lad than you’d ever expect from a guy with a name you’d find in a somber Roman cathedral circa the Dark Ages, complains to his comrades about the extreme heat pervading their adventure. Gladiolus Amicitia, a man with abs that could cut right through me like butter, responds in kind with the suggestion that Noct ditch his jacket.

The joke is that Noctis would never do such a thing because he’s clearly a style diva. Gladio, on the other hand, while technically wearing a jacket, leaves it entirely unbuttoned and goes shirtless the entire road trip. His chest and abdomen soak in the sun like the solar panels I wish would cover the roofs of my apartment complex with.

Man, it’s hot here in the United States. Contemporary wisdom dictates the removal of one’s jacket in such weather conditions. Okay, I’m not wearing a jacket, but I still need to go outside. What next, then? My shirt? My shorts? Sooner or later, Gladio’s well-meaning (if snarky) retort loses its edge. And then, my friends, we’re left with nothing to do but wag our tongues like heat-stricken dogs…

…and find out about the RPGs coming this week.

Killing me will change nothing. Everything starts here. The devil will come upon us once again. Kind of has that “Ye Shall Be as Gods” vibe going on, doesn’t it? The Silver Case 2425 is a crime thriller duology from the mind of SUDA51, or Goichi Suda if you want to use his real name, but nobody does that. Possibly not even his parents. Anyway, the point is, you get two remasters for the price of one here. The Silver Case, stylish and intricately plotted, is the type of tech-noir you bring home to dad when he won’t shut up about how the entertainment industry peaked at Blade Runner. The 25th Ward: The Silver Case is set six years later; the Tokyo government has decided to create a (titular) 25th ward that serves as a fascist city-state because that always works out in the end.

I love Nihon Falcom so much. Especially lately. Their commitment to bringing games overseas that will never sell within the stratosphere of your Final Fantasies or Personas is admirable. Still, it doesn’t stop them from bringing us games like Ys IX: Monstrum Nox… eventually. Hey, September 2019 for the Japanese launch and February 2021 for North America and Europe — that ain’t terrible! But it’s enough to make Ys diehards endure a painful wait. Which is what makes it all the stranger, then, that North America, Europe, and Australia are all getting the Switch version of this pretty good head-bopping action RPG a full two months before Japan. At least the Windows release is a matter of worldwide import. But still. Imagine being a dyed-in-the-wool Japanese Ys fan with only a Switch to your name and then hearing you’ve got to wait for all those gaijin to finish experiencing the latest entry before you can even pre-load it.

Randomized dungeons, strategic battles, diverse growth factors, and a plucky little shop clerk party member who looks like a DigiDestined. (You’ll know him when you see him.) What more can we ask for? Aria Chronicle is a role-playing game that’s driven toward those who lament the relative lack of meaty turn-based RPGs in the modern era, though I would liken its style to something from Vanillaware. That’s a good thing because sometimes good-hearted developers are unable to escape the confines of looking akin to an RPG Maker MV project. (Game-making is hard, especially when there’s, like… one of you.) Recent Steam reviews are rather warm on Aria Chronicle, and the game’s currently 25% off over there. Just saying. Though if you’re like me, the Switch is a haven for all turn-based classics and retro throwbacks alike, so… congrats on waiting until this week!

Good news, Atelier fans: you can now do Atelier things from the comfort of your mobile phones. Are you new to Atelier? Do you remember how I just recently introduced you to Robert Fenner? Next, I’d like you to say hello to Patrick Gann. No, seriously, go and say hi to him. I’m looking at the drop-down list of Atelier games on his brilliant franchise introduction page and my head is spinning. I think I need to lay down.

Oh, good. If I lie down, I can still use my iOS or Android mobile phone. That way, I can play Atelier Online: Alchemist of Bressisle on July 8th. Free-to-play with purchasable premium items, Alchemist of Bressisle more or less follows the same “gacha hands-on ya wallet, now pay up” philosophy of other popular JRPG mobile tie-in games. (The cynic in me had to snark here, but in reality, there are some pretty fair gachas out there, such as Fire Emblem Heroes. So it’s possible Alchemist of Bressisle hems along similar lines, and I just don’t know it yet.) The cool thing about this pocket-sized entry in the sprawling series is that you can have fun with your alchemy, your cuisine, your exploration, and more, alone or with friends. I’ve always wanted to grab my roommates for a pleasurable day of alchemical studies, but our sleep schedules just don’t mesh.

Heart of the Woods is yet another upcoming Switch game that popped up on Steam first, selling well enough to make the jump from personal computer to hybrid console/handheld hardware. Good work, Studio Elan! The developers say this is “A fantasy yuri visual novel filled with magic, fairies, and a ghost girl.” Well, sign me up. I love magic, fairies, and a ghost girl. The game stars Maddie and Tara, visible above, presumably coughing and spluttering. Maddie is “a side character in her own life,” following internet star Tara around on one adventure after another. Maddie’s life will take some interesting turns upon meeting a certain someone. Maybe she’ll soon be the lead character in her life? Get it, girl. (EDIT: I’d like to thank MonCappy for correcting me on something! I was originally under the impression that there are multiple romance options for Maddie. As it turns out, she’s got an OTP.)

As you can clearly see, Focused Woman is wise beyond her minor NPC character status in Monster Hunter Stories 2: Wings of Ruin, doubtless the biggest splash in terms of RPGs coming this week. If I were to retitle this article “RPGs Coming This Week Other Than Monster Hunter Stories 2: Wings of Ruin,” I bet at least three of you wouldn’t bat an eye.

A sequel to Monster Hunter Stories, a rad 3DS game I keep meaning to play, Wings of Ruin seems like a beautiful expansion of that first game in every conceivable way. From slicker visuals and a more stirring soundtrack to a comparably vast world and a wider array of monsters, this is shaping up to be a fun, fun ride. The Stories spinoffs of the epic Monster Hunter franchise are more traditionally “JRPG” in construction, featuring turn-based battles and a more front-and-center narrative. While there are numerous returning favorites to be found in Wings of Ruin, the protagonist is brand-new. Their fateful encounter with an adorable Razewing Rathie (who may or may not bring the world to a fiery end when fully grown) sparks a fresh journey through somewhat familiar territory. I’m in.

Time is weird. In the time it’s taken me to write this week’s column, the weather outside has taken a chillier turn. To be sure, much of the United States is still pretty much ablaze, and it may or may not be Razewing Rathie’s fault. But this little pocket of North Carolina has decided to make a mockery of me, cooling down just to call my bluff.

I’m going to make a mockery of it in return by going outside for a jog now. Go and play some RPGs. Several RPGs are, in fact, coming this week. You know what to do.

Definitely picking up MHST2. Never played the first, but I was sucked in by the art. The demo didn't disappoint, and I look forward to gearing up and raising monsties.

It really does look great, gourley!