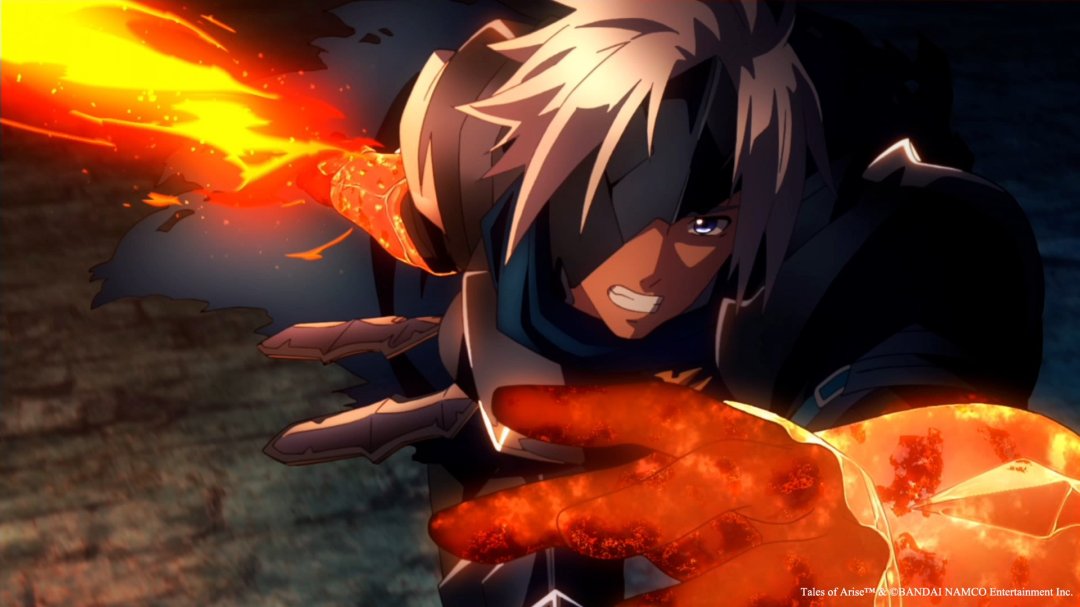 As we promised yesterday, Bandai Namco have revealed the opening animation for the next main game in the Tales series, Tales of Arise. These anime openings have been a staple for the games since the second entry, Tales of Destiny, on the PlayStation, so it’s only right they get their very own premiere. Check it out below:

Returning animation studio Ufotable have always done a fantastic job with these openings, but Tales of Arise in particular looks electric. It’s as flashy and over-the-top as previous openers, but the fluidity of the character animations and combat scenes, paired with a few moody, dramatic shots of the cast really nail the tone of the game. Also, that song? Amazing.

Called “HIBANA” and sung by popular Osaka-based rock band Kankaku Piero (who are also famous for the first opening opening of the anime Black Clover, “Haruka Mirai“), the song features a mix of heavy rock and snippets of J-rap, which make it pretty unique among Tales opening themes. It’s an earworm, for sure. I wonder whether it will take one of the top spots from “White Light” or “Karma.”

That’s not all we got today though. The official Japanese Tales of YouTube channel presented a “Summer Special” stream, which is where this opening debuted. Here, we got another sneak peek at the 25th Anniversary Opening Movie Collection, and the Blu-ray for that launches on December 15th in Japan. But most importantly, we got to see a bit more gameplay. Tales of Arise is really keen to show off just what it’s doing differently, and after years of silence, I couldn’t be happier. There’s around five minutes of new details here, so get stuck in.

I honestly can’t believe how good Tales of Arise looks. The combat is familiar but fresh, and the characters all look fun to play. Also, explosions! Fire! Speed! And while the gameplay only really shows off Alphen, Shionne, Rinwell and Law, we can see both Kisara and Dohalim in the party. I’m excited to see more of what they can bring to the table, because right now, I can’t get enough. Is it September 10th yet?

Not long to wait now, folks! Tales of Arise launches in Japan a day earlier, but we’ll be getting the seventeenth entry in this series on PC via Steam, PlayStation 5, PlayStation 4, Xbox Series X|S, and Xbox One. Don’t forget to read Izzy Parson’s glowing preview from a few weeks ago too!

1 Response to Tales of Arise’s Opening Animation is Stunning

Calling it now, this is game of the year.