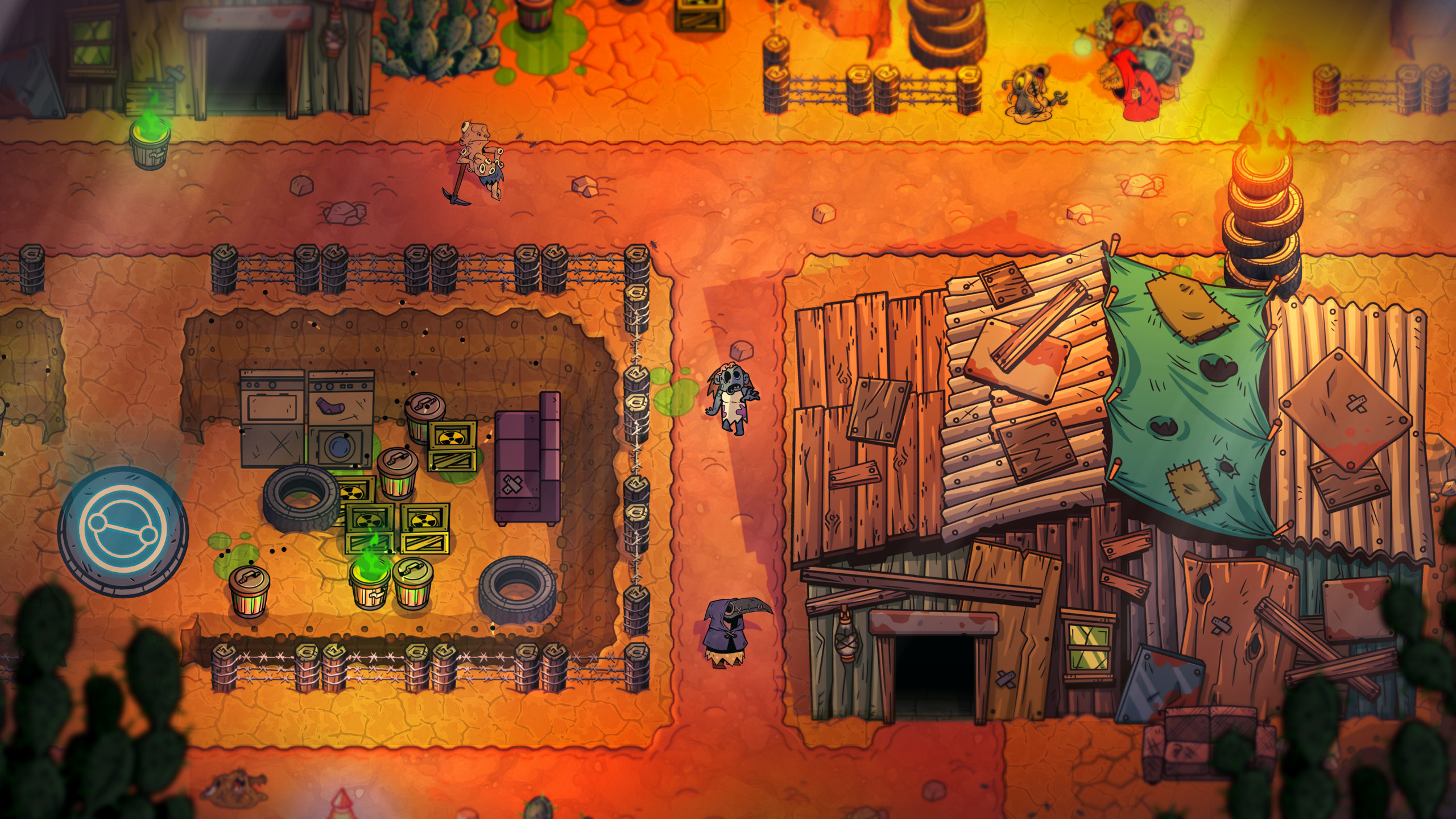 On Monday afternoon, I started feeling pretty sick. A fever struck, and I slept for like 16 hours straight. I kept waking up because I felt cold and all. I had this one dream that kept sprouting up subconsciously and planting itself firmly into my literal fever dream. Cloud Strife was selling cookies door-to-door. He was wearing an apron and he kept glitching out of existence. I asked him why, and he told me I ought to know, seeing as it was my dream, not his.

Anyway, despite being fully vaccinated and boosted, I’ve now managed to catch COVID twice! Well, the first time was prior to the vaccine rollout. But still! Fun. I’m doing better now. The fever went away after a day or so. I’ve still got a bad cough. So it goes; I’ll keep track of it and stay good and hydrated. (I also bought cookies online. Probably because of my dream.)

This week’s got some cool ones, friends. A few of them are big or new names, but the rest are smaller, but smaller is never a synonym for “worse.” Well, unless it’s a pizza. Or a coin purse. Or a dam. The point is, they’re worthy of our love as well, even if I will likely type fewer things in their honor. They’re still RPGs coming this week, whether they’re small or not.

I reckon most people were excited for Nobody Saves The World as soon as they found out who’s making it. Drinkbox Studios is the developer behind Guacamelee! and its fittingly titled sequel. Fans of the Metroidvania genre need no formal letter of introduction after that. Both games have won awards for their excellence, winning Drinkbox the kind of adoration most of their peers in the industry would love to call their own.

Nobody (yes, that’s the protagonist’s name) can discover 15 different forms, each with its own twists on gameplay. Nobody will wreak havoc against their enemies with over 80 unique abilities. Nobody can become a ghost, a horse, an egg, or a robot. I mean, what’s not to love about this protagonist? If anyone can save the world, it’s clearly Nobody.

Empire of Ember is one I’ve been watching for a while. Poleaxe Games’ big project pits players in “a world of steel, war, and magic.” Last March, in what I can only assume was one of my rare tipsy news-writing nights, I said something about Might and Magic VI: The Mandate of Heaven having a one-night stand with The Elder Scrolls IV: Oblivion. I’ll own the fact that I wrote this. I have my own damning receipt.

But I also said some things that indicate I possess a modicum of intelligence, like how Telltale Games’ former lead writer Patrick Kevin Day inked Empire of Ember‘s script. His work over at Telltale includes both their rad Batman games! Good people, that Patrick.

If you’re in dire need of an early 2022 game that puts you in first-person view and allows you to watch your lovely hand spin about sending fireballs every which way, you really must give this a glance.

This looks right and lively! I’ve always been weak-kneed for history, but not every video game based upon a historical era has won me over as well as I’d have liked. Maybe Expeditions: Rome is here to help me out with that. A turn-based RPG from publisher THQ Nordic, this is, in fact, the third title in the Expeditions series after 2013’s Expeditions: Conquistador and 2017’s Expeditions: Viking. It’s basically what developer Logic Artists does. They send you out on expeditions and unleash time-sensitive problems on you.

In this latest chapter’s case, that means you’re given command of a legion of Praetorians. Conquer foreign lands? That’s a given. Navigate political intrigue? This is where I went from mildly intrigued to downright curious. Plus, we get to explore not only Rome, but Greece, Gaul, and North Africa? Wow, it sounds like we really are being given the title of Legatus over here.

None of the above your cup of tea? Or maybe you’re like me, and you want multiple cups of tea at a time? I’m not judging. If I had more arms, believe me, I’d have more tea.

I completely missed this one, but my editor caught it — I’m glad she did because it looks cool! There’s lots of delicious art to gobble up and admire. I can see what HeartLine Studio means when they say it’s a “strategy action” game. One needs wits to get past such an array of skeletons and sorcerers and such. Mage Tower looks joyfully brutal.

I dig the idea of games with a medieval flair that cast players — not in the roles of gallant knights, but the hard-working folks who make them look so gallant in the first place. In Blacksmith Legends, you inherit a small workshop and toil away until you’ve got a full-fledged workforce. One thing leads to another, and you can eventually either impress or dethrone your king. Not exactly Arthurian legend, but this sounds more fun.

A hack-and-slash action RPG originally released for Steam back in 2020, Labyrinth Legend touts local co-op as one of its key features. That alone warrants a port to the Switch. Quality pixel art ups the ante. I should know — I’m considering picking this up just to see it on my OLED screen!

“Crossbreed various species to create monster hybrids for gladiatorial combat.” This is how it always starts, you know. Let’s drop some DNA in this bracket, some more DNA in this other bracket, Dim the lights, play some romantic piano music, and pray that your hellhound and wasp-like giant bug will present you with a new hell-wasp family member come morning. I’m not saying don’t play The Monster Breeder. I’m telling you I won’t open my door if you come running with your ill-trained terrors in swift pursuit.

Listen up: I need you to save your friends from being turned into jewels. Then, afterward, team up with them to gather a bunch of jewels from this ever-shifting dungeon, but uh, don’t ask me if the implication is that those other jewels were formerly a bunch of people, too. Just go and do the thing in Vivid Knight.

Walt Disney Japan teamed up with Aniplex to make a Disney gacha-style JRPG that has nothing whatsoever to do with Kingdom Hearts. Like, at all. There’s even a manga. Square Enix even publishes the manga! This is extra.

Trinoline Genesis is a fandisc to Trinoline that brings more story content for the three heroines — Sara, SHIRONE, and Yuuri — as well as new side stories, epilogues, and new routes for Ayaka and Hanako. If you don’t know who any of these lasses are, well, it’s a fandisc. You should definitely play the main game first.

What looks tempting, y’all? And are you curious what I’ve played lots and lots of whilst in bed recovering? The answer, regardless of your yes or no, is SaGa Scarlet Grace: Ambitions! What a delightful, if complicated, game. Plus, it launched a few years before what we now consider to be the beginning of SaGa‘s revival with last year’s remaster of SaGa Frontier. It’s like Scarlet Grace secretly kickstarted it all, and we didn’t dare hope? Or something? Regardless, good game. Rad game. Play it!

How awful you got it twice!! Glad you're starting to feel better. 🍜 Here's some nice, hot soup to help you recover. (I'm an awful cook so believe me, this soup is much better than anything I could make!!)