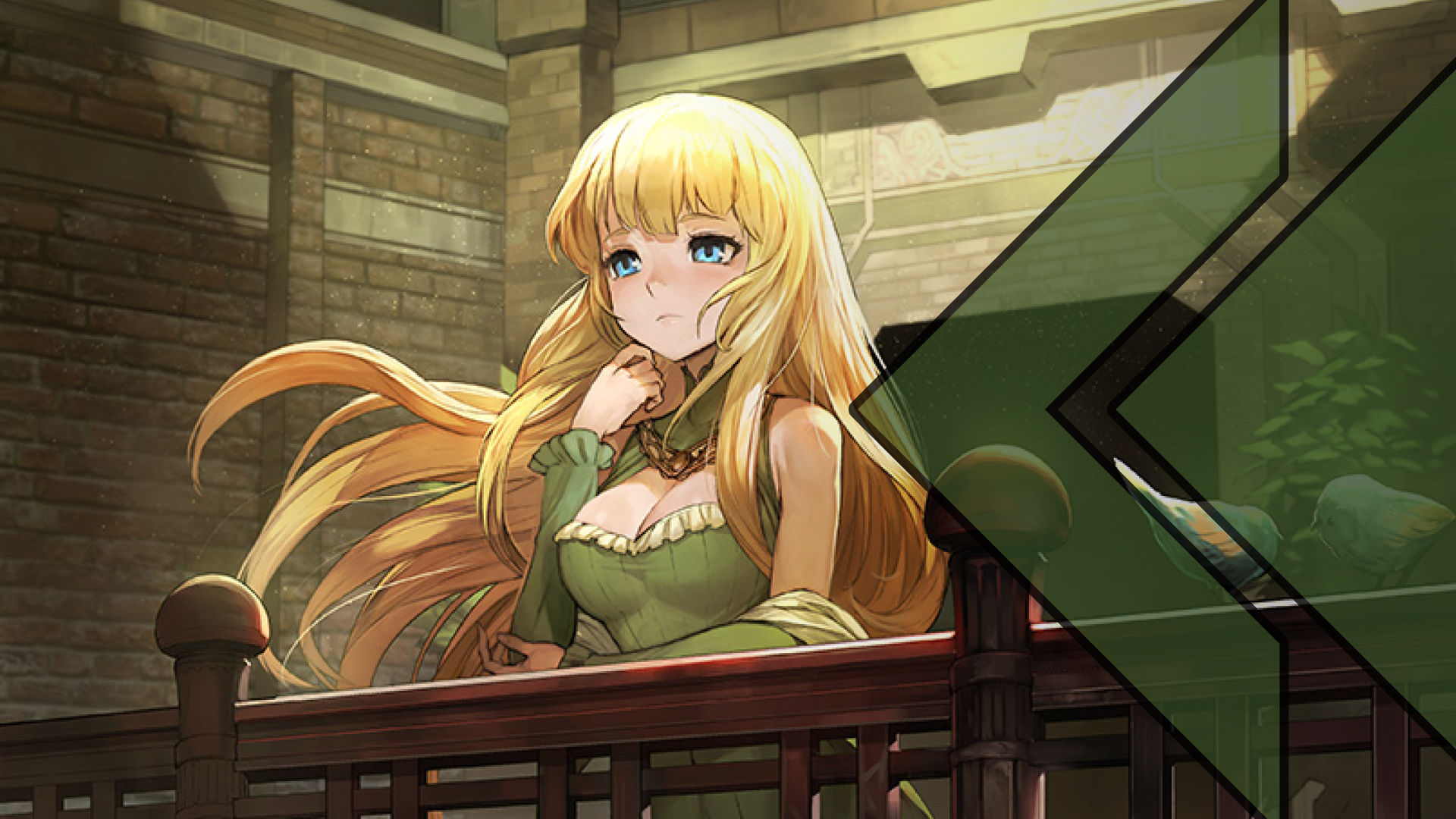 Radiant Historia is not Mega Man Battle Network. That may seem obvious to most, but to me—a decade younger and craving some more of that sweet, sweet MMBN action—it was a deal-breaker. I played 15 minutes of this lovely game and then never gave it a second thought for ten years, all because it wasn’t what I expected. Whoops. Luckily, I have finally corrected that mistake and experienced one of the best games the generation had to offer.

Radiant Historia is a modern classic, a risky gamble of a game that overflows with daring genius. In fact, trying to condense my love of this game into a small blurb feels a tad impossible, but here we are. The story is impeccable, managing to infuse a rich political tale with some of the best time-travel storytelling I’ve had the pleasure to experience in gaming. Naturally, the characters that drive that plot are just as complex and intriguing, with subplots that will have them living rent-free in your heart. Then we have the battle system, a brilliantly unique fusion of strategy and traditional turn-based action that will keep you thinking from start to finish. Or, you can simply sit and stare at the screen because the sprites and artwork are just that good! Plus, Yoko Shimomura did the soundtrack! What was I thinking ten years ago?!

Ahem. Excuse me. I apologize for losing my composure there. It’s just a great game, you know? So, if you’re like me and skipped this game for any reason, be it legitimate or perhaps silly, take my advice and dive in. You won’t regret it.

Aren’t we tired of time travel as a sci-fi/fantasy concept? In a world where Chrono Trigger exists, we’ve already seen that famously fraught framing put to such use that, in most cases, that story decision would seem ill-advised.

However, Radiant Historia demonstrates that there was a way to breathe life into this idea: Make sure the story and characters stand on their own, push the moral greys and the politics to the front, split time into two alternate versions that interact with each other, and give the player near full control of the time travel tool.

This is all intriguing enough, but as one experiences this work, it’s clear that all the “game” in here is fantastic too. The pace is brisk, the amount of “RPG filler” is minimal, and the battle system is among the greatest that can be found in the genre. Radiant Historia stands up over time and is a true anchor of the DS library.

Radiant Historia was sold to the world as a game that does time travel well. I’d heard Yoko Shimomura’s soundtrack numerous times and fallen in love with it, and I remembered reading about some very big spiders (yes, the spiders are very big). So, with my White Chronicle in hand (a 3DS, actually), playing the game for the first time felt like playing something made in the early 2000s, tinkered with by present-day hands. The plot is tightly-paced and intricately woven, but it’s easy to track how everything is linked between the two timelines. Quests are frequent but meaningful. And the fresh twist on turn-based combat is thoroughly addicting. I could push and pull big bears into flaming traps on a 3×3 grid for hours.

But what I didn’t know about Radiant Historia going in is that it’s also about trauma, learning to make the best with what you’ve got, and understanding yourself.

Stocke’s cool and collected persona sets him up to be a tough guy, but his warm and overly-caring nature softens him to create one of the more mature protagonists I’ve seen in a while. As he grapples with the responsibilities of time travel and the trauma of fighting friends and losing allies, Stocke carries the world on his shoulders while coming to terms with himself and his role in the world. Throughout Radiant Historia, characters grieve for their past or go through traumatic events, but Stocke is always there to relieve their burden.

But even with the power of time travel, one thing is clear: time travel can’t solve everything. It gives Stocke the tools to set a better future, but the game never gives us that perfect happy ending (unless you play the 3DS version), and I appreciate that greatly. The true ending isn’t grim, but optimistic: healing takes time, but as long as you have a plan and a group of people willing to help, everything will be okay. For that reason alone, Radiant Historia has become one of my favourite DS games ever.

Radiant Historia is about a steampunk war between two nations masking a world-ending environmental threat. Oh, and there’s also time travel, distrust between humans and Beastkind, and a Mana Tree. That might sound like about twelve other RPGs you’ve played, but Radiant Historia‘s great combat, writing, and tone make it an RPG that rises above these somewhat typical story building blocks.

Combat takes place on a one-sided 3×3 grid, in which player skills can reposition enemies for optimal damage and space manipulation. Combat also has an adjustable turn order, in which the player can switch character and enemy turns to set up combos, exposing their team to increased damage taken in exchange. It’s a system that never feels tired, and the variety of character skills (including some hidden via sidequests) made exploring the fights in Radiant Historia consistently entertaining. The game’s story takes place across two timelines following a significant decision by the main character Stocke. Only by exploring the possibilities of both timelines can Stocke achieve the best outcome for ending a brutal war and saving the continent from desertification.

Radiant Historia is hugely ambitious in its concepts but relatively restrained in its scope. The combat system is pretty involved but not over-complicated. The time travel system seems like it could get out of hand, but every event and sidequest is documented in a flowchart that makes it easy to keep track of where you are and what you’re supposed to do. And on top of everything, this is a well-written game with brilliantly likable characters, my favorites being the earnest friendship between the more stoic Stocke and determined Rosch. Radiant Historia seems like an RPG that tries to do too many things if you read a brief description, but if you play it, you’ll be treated to a tightly-designed JRPG that is among the very best on the Nintendo DS.