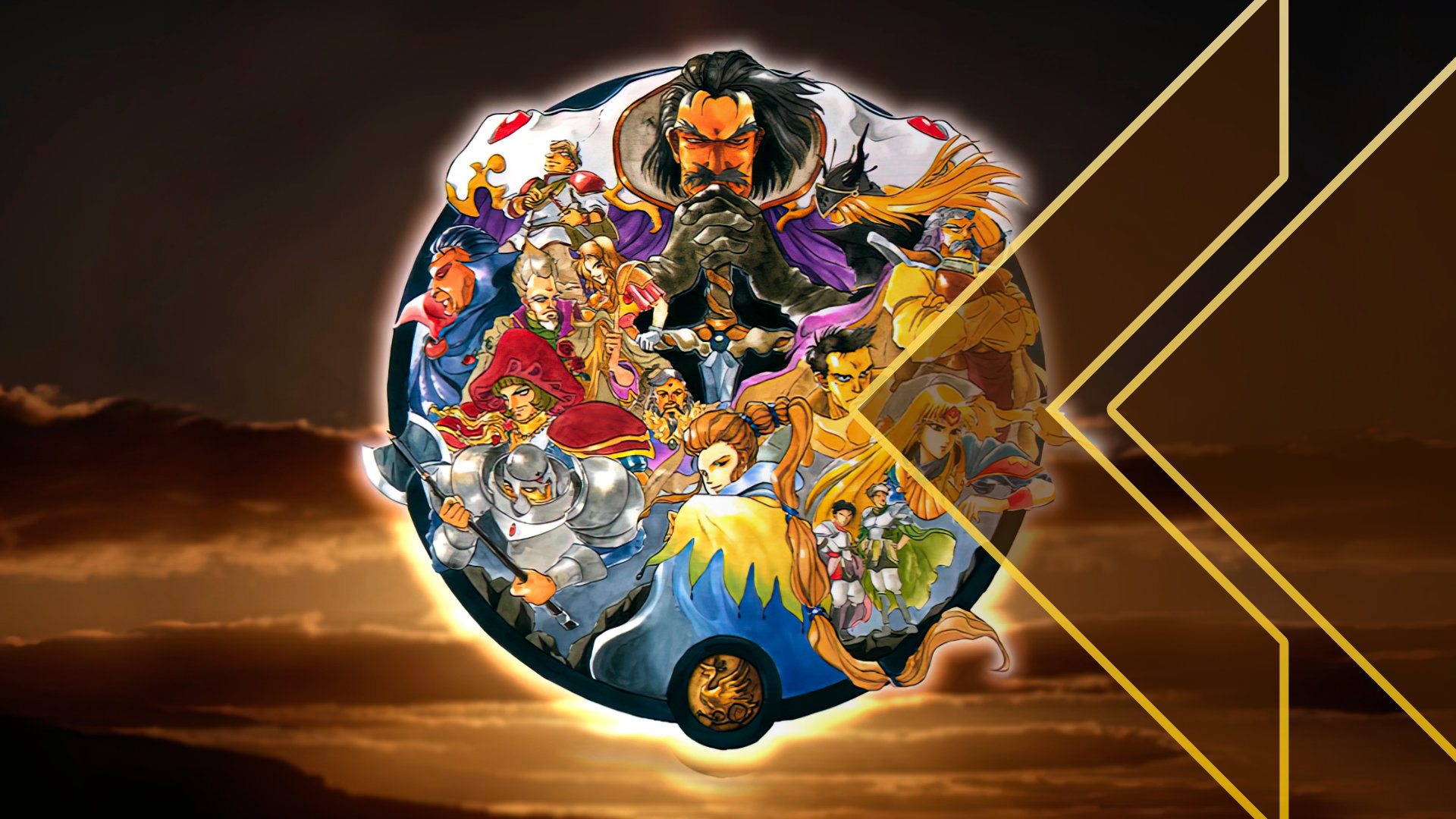 Playing Suikoden for the first time today is a little strange. Few series can boast a fanbase as devoted, with many claiming that some series entries surpass the heights of Final Fantasy and Dragon Quest. Yet the series is dead — and has been for decades now in the U.S. The excitement I felt diving into Suikoden was matched by a strong curiosity: was all the hype I’ve been hearing for years warranted, or did the series deserve its early death?

It took about 15 minutes of playing Suikoden to realize the hype was entirely appropriate. Right off the bat, Suikoden charmed me. More than any other RPG of its era that I’ve played, Suikoden drew me into its characters and their struggles. I was wowed by the number of choices I got to make, choices that sometimes carried significant consequences for who joined my crew and what fates befell certain characters.

The series’ trademark character recruitment and castle-building mechanics also hooked me. It was supremely satisfying to earn the allegiance of enemies, acquaintances, and strangers alike and watch them contribute to the rebellion at my home base. I didn’t always appreciate the opaque conditions I had to meet to recruit some folks, but the sense of progression and achievement these features offered was a treat I wish more modern RPGs incorporated.

A few frustrating design choices hold Suikoden back from its full potential: combat is comically easy, and inventory management is both a pain and the game’s biggest challenge. Still, most of what’s here is a treat. When playing a new series for the first time, I rarely find myself itching to jump into other entries right off the bat. Suikoden was such a satisfying experience that I’m already five hours into its sequel as I pen this. I’m excited to dig into the rest of what may very well become one of my favorite RPG series, and I won’t be surprised if I find myself converted to this one’s rapturous fanbase in the days to come.

Suikoden is ambitious and dense. Every few minutes, the player is being whisked to a new corner of the world, witnessing a moment of great drama and tragedy, or recruiting new soldiers into the Liberation Army (eventually a whopping 108 of them). Suikoden accomplishes a great deal in its medium-rare runtime of 20 to 25 hours. Even more impressive, Suikoden stands out in a golden era of RPGs (1995, the same year as Chrono Trigger and Tactics Ogre) despite being one of the earliest RPGs on brand new hardware (the PlayStation, which launched in December of 1994 in Japan).

And the features that would go on to define later Suikoden games—recruiting 108 Stars of Destiny, building a castle, moving the plot with large-scale tactics and politics and instead of only defeating monsters or despots—are only a taste of what was to come. Suikoden II is a bigger, better game in most aspects, and Suikoden V is nearly as beloved. But Suikoden provides valuable context for the rest of the series, and the story of Tir McDohl defying his family and country to do what’s right while shouldering the burden of the sinister Soul Eater Rune is a riveting tale on its own.

If you enjoy RPGs of the 16 or 32-bit era, Suikoden is probably a must-play. Its breakneck pace is charmingly old-school and its chain combos of recruitment arcs and plot twists are fun and rewarding. I think Suikoden is probably best treated as a great prelude to the masterpiece that is Suikoden II, but that doesn’t diminish how strong it is for an RPG of its time (1995) and place (the PlayStation). Suikoden is worth it.

A new console generation usually takes a few years to get going. With some exceptions, early games tend to be a mix of graphical showcases with underdeveloped gameplay or gameplay powerhouses that look like they belong on the previous generation of systems. As a 1995 RPG on the Playstation, Suikoden firmly belongs to the latter category.

With the exception of the 3D backgrounds in battles, Suikoden’s graphics and overall presentation would have been right at home on the SNES. The user interface is clunky, with poor inventory and equipment management. Many gameplay mechanics are poorly explained, leaving it up to the player to figure out. And yet, despite all this, Suikoden offers an overall package that makes it stand out as one of the best RPGs ever released on the original PlayStation.

The sense of scope Suikoden presents us with is enormous, offering a remarkably grounded story for a fantasy RPG. There is still magic abound, but the driving force here is war and politics. Its breakneck-paced tale takes you from joining a small band of rebels based in a sewer into being the leader of a massive world-shaping force with their own castle. You and your 108-strong band of heroes face family hardships, betrayal, loss, and (in the case of Pahn) non-stop stew-related hunger in pursuit of justice. There is nothing like seeing your castle grow from an abandoned ruin into a thriving city filled with citizens fighting for a better world.

While there are parts of Suikoden that would be refined by future entries in the series, the original provides a rock-solid foundation that delivers an engrossing experience for 16 and 32-bit RPG fans. Its presentation may have looked dated when put up against the original Final Fantasy VII back in the ’90s, but honestly? Suikoden is the game that I would choose to play if given the choice. This unique RPG series is celebrated by fans for a reason, and I can’t wait to see where the original developers take its spiritual successor, Eiyuden Chronicle: Hundred Heroes, in 2023!

Every time I go back to the first Suikoden, I think I’m just going to pick it up and play a couple of hours and then go on with my day. You know, what a normal person does with a video game.

Nope. The moment I start up a new game I find myself beating Suikoden in about two days. I just can’t help myself.

The reasons why are myriad, but really, it’s simple: pacing. Suikoden gets going almost immediately when you hit “New Game” and it doesn’t relent until you find your way to the end. You move from town to town quite quickly, the battles are snappy and (perhaps too) easy. Recruiting characters is a breeze here, too, since you don’t have to go through massive side stories like you do in some of the latter entries of the series. The creators of Suikoden knew that the reward of the “next thing” is key to an effective RPG, and they execute the idea with aplomb.

Perhaps what’s most remarkable about Suikoden to me, then, is that it manages to tell a story that is engaging and nuanced while moving so quickly. Every character death still hits hard, and you truly understand the motivations of major characters on both sides of the conflict. Sure, there are times when I might have liked the developers to spend a little more time on a few things, but it still works, and effectively lays the groundwork for what the series would become later.

At the end of the day, I know a lot of people will probably say Suikoden is simply a test-run for the superior Suikoden II. I disagree. While the first game may not ever quite reach the heights of its sequel, it’s a worthy game all on its own. Just be careful. You might have a hard time putting it down.