Glory of Heracles IV ~ Gift of the Gods 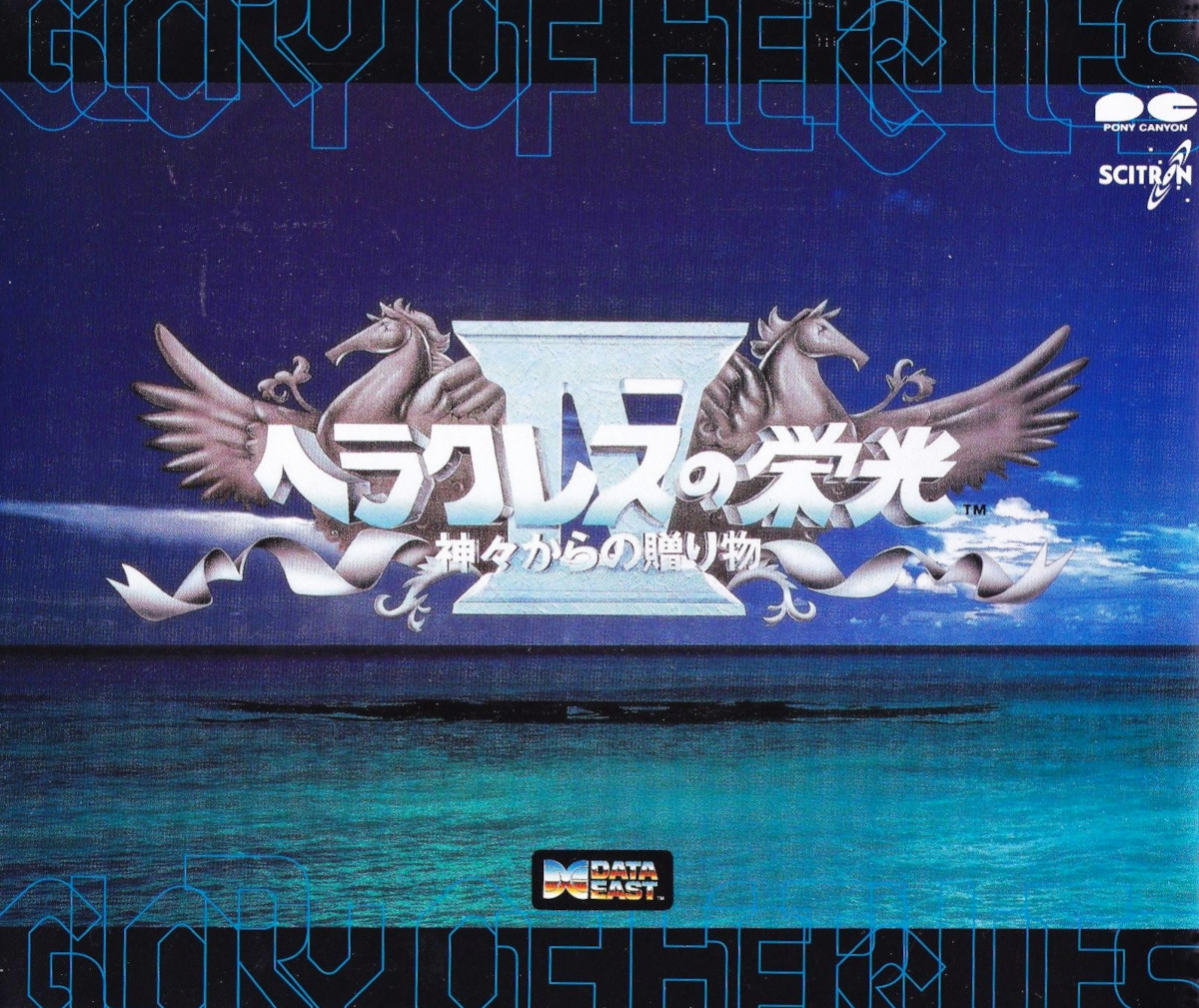 Glory of Heracles IV: The last game to be released in Data East’s RPG series (that is, until the DS resurrection of the series in 2008). The soundtrack, written by a team of composers from Data East (including Shogo Sakai, who would go on to write the score for Mother 3 a full decade later), is without question the strongest score in the four-part series. Hence, the release of two different soundtracks (one promotional, one retail) for this one game. Note that the first and third games in this series never saw soundtrack releases, though Pony Canyon did release a soundtrack for Glory of Heracles II (Famicom). Also, the promotional album for Glory of Heracles IV includes some bonus tracks from III and II. Anyway, on to this particular OST.

The only arranged track to speak of on this two disc OST is the opening vocal, performed by Miki Kasamatsu. The song’s melody is based on a re-used motif throughout the soundtrack (best heard, in OST form, on disc 1 track 13). Alongside the main vocalist, a children’s choir also joins in. Another strange vocal that appears on the OST is actually an in-game, sequenced/synthesized vocal. Much like Final Fantasy VI‘s opera scene, but attempting to make syllabic phrases out of each and every note (and generally failing), “I Love Everything” is definitely one of the strangest pieces of music I’ve ever heard produced by SNES chiptunes.

On the whole, this soundtrack is extremely melodic and traditional neo-classical in style. As the series itself was something of a Dragon Quest clone, it should come as no surprise that the soundtrack also has a Western European feel to it. Though, at times, it is exotic, since the setting is a fictional ancient Greece.

I think what I enjoy most about this particular SNES score is that it’s very cohesive. It covers all the bases necessary to make it feel like good accompaniment for an epic 16-bit adventure. The only thing I call into question is the track layout across the two discs. Why is disc two so light on content? Why not spread out the love, or throw some bonus arranged tracks at the end of disc two so as to beef up the disc length?

If you want to own this soundtrack… good luck to you. Demand isn’t high, but at this point, neither is supply. Most Pony Canyon soundtracks from this era are considered rare. I’m not quite sure what one would consider a “standard” market price for this album, because it isn’t bought, sold, or traded all that often. But I have seen its price point float around $100 to $150, so that’s certainly disconcerting. But I do believe, if you get the opportunity, that it’s certainly worth checking out. The soundtrack isn’t fantastic, but it certainly isn’t bad either. If I had to stoop to letter grading, I’d give it a “B.” But seriously, at the end of the day, I’m just happy to have one more soundtrack from the SNES era in my collection.