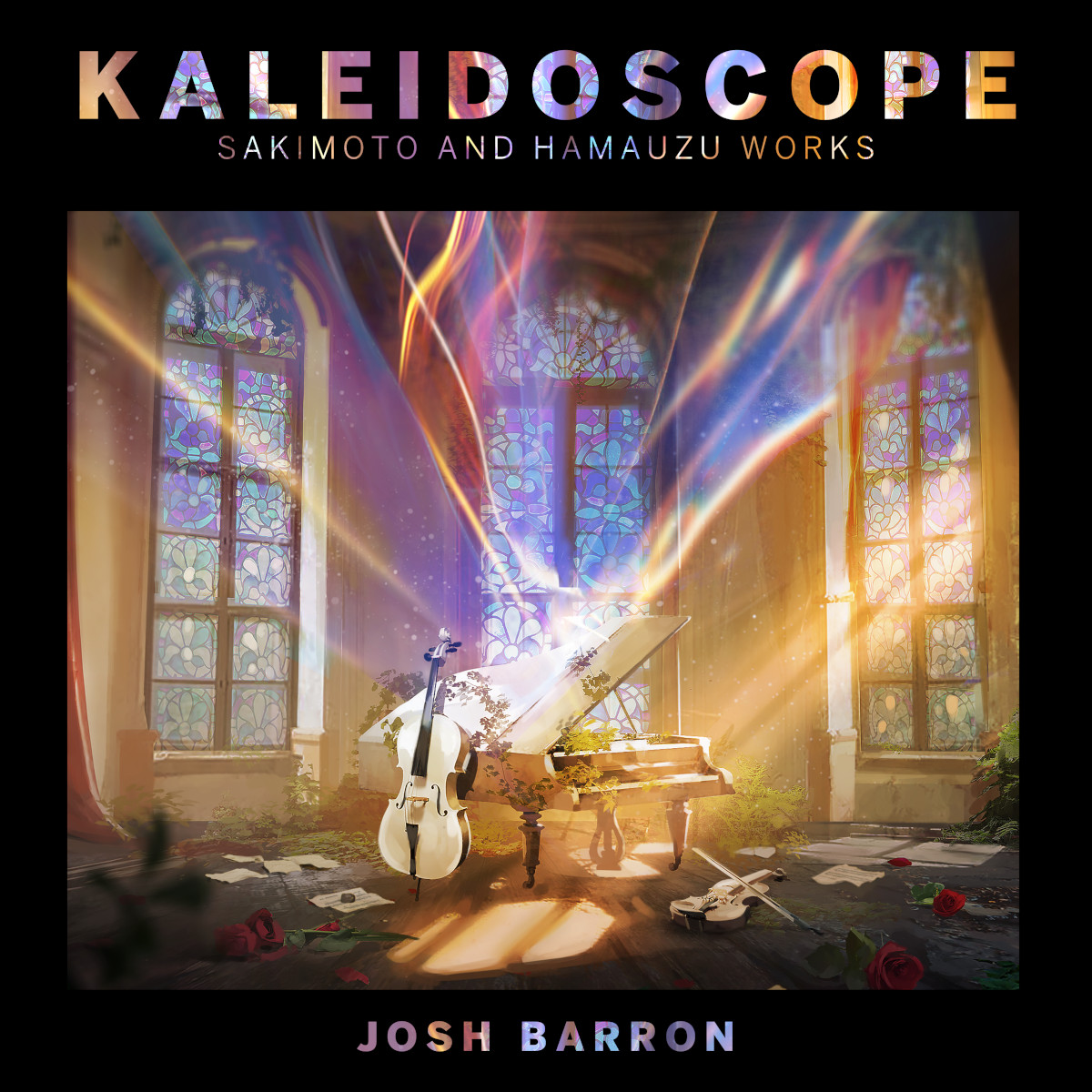 The ETHEReal String Orchestra is actually just two individuals, Andrew Steffen (violin, viola, bass) and Andrew Stern (cello) recording parts separately. So those tracks marked as String Orchestra, Quartet, Quintet, etc., are layers and layers of the two Andrews doing their thing. And yet, sonically, it’s still all acoustic instruments being fed into one mix based on full ensemble-style arrangements built by Barron. I find the idea rather clever, and the end result doesn’t disappoint.

One thing that may disappoint, for some fans, is this album’s source material. Fans of Hitoshi Sakimoto may be frustrated by the lack of representation from the likes of Final Fantasy XII, Final Fantasy Tactics, Ogre Battle, and Tactics Ogre. Fans of Masashi Hamauzu may, in turn, be frustrated by the lack of representation from Final Fantasy X and Final Fantasy XIII. Yet I find the source material Barron chooses to explore with each composer is something of a miracle. With Sakimoto, he digs into surprising territory with Valkyria Chronicles and Valkyria Chronicles 4. He eschews the easy route with FFT, instead arranging a beautiful piece from Final Fantasy Tactics Advance. He picks up an underrated classic in Stella Deus and even covers my all-time favorite piece from Vagrant Story.

Among the five-track Sakimoto block, Barron sticks to single-tune arrangements, with one exception: Stella Deus gets a two-part medley with “Alchemy” and “Holy Spirit.” The latter was, in its original form, a beautiful, lullaby-like vocal piece. The seven-minute string arrangement here is one of the shining points of KALEIDOSCOPE, making me simultaneously yearn for more Stella Deus and for Barron to explore more of Sakimoto’s work.

Seven tracks are designated for Hamauzu, with two medleys that work incredibly well. “Knight of the Goddess ~ Unguarded Future” (from Final Fantasy XIII-2) is a powerful, unyielding bit of work. “Erfolg ~ Miβgestalt” (from SaGa Frontier 2) starts soft, then shocks the senses with one of the most memorable battle themes Hamauzu has ever penned. Barron doesn’t fail to recognize how the game’s main theme is woven into this battle theme and brings it to life in both the arrangement and post-production (cheers to mastering engineer James C. Hoffman for balancing out all this incredible sound, I might add!).

There are some real surprises on the Hamauzu side as well, such as “World of Nine Wood Hills” from World of Final Fantasy. I had all but forgotten Hamauzu’s work on this title. Additionally, Barron goes for two separate tracks from UNLIMITED SaGa: “DG ‘Sadness'” and “Soaring Wings” (the end vocal theme). There’s something especially exciting about “DG ‘Sadness,'” as it is one of two arrangements on this album to feature piano (performed by the venerable Benyamin Nuss, who is no stranger to Hamauzu’s music).

And yet, it is the other Nuss-featured track that truly blows me away. Perhaps the most technically impressive track of all is the finale “Ignition” from The Alliance Alive. What a great choice! And, more importantly, what a wild ride for Hamauzu fans to listen to this! The OST version of said piece is already fantastic, and Barron and the performers breathe a more vivacious, emotive energy into the song. This was a fun one that I simply wasn’t expecting.

There are two unexpected tracks that separate the Sakimoto and Hamauzu sections of the album. Track 6 is “Warning Call,” the vocal theme from Mirror’s Edge Catalyst. I only knew about this song because I am an undying fan of the band CHVRCHES. However, CHVRCHES didn’t write this song: composer Magnus Birgersson (a.k.a SOLAR FIELDS) did. Nonetheless, hearing this vocal track pared down to string orchestra was a marvel, and its appearance and placement just after the vocal-turned-string “Holy Spirit” from Stella Deus is fitting. My, what a pairing!

Finally, there is track 7, “Home” for piano and violin. This is an original composition from Josh Barron, and one that tonally matches the rest of the album quite well. Interestingly, the piano on this track isn’t from Nuss, but instead the long-time OCR pianist Joe Zieja (aka XPRTNovice). “Home” serves as a perfect transition from Sakimoto to Hamauzu, as its melodic and harmonic forms fit some of the softer pieces that both performers bring to so many games.

Now, if you do not find the string section of an orchestra to be particularly appealing, you may not enjoy this album. My only complaint is one of preference, myself. If I could have it my way, I would ask for a full “piano and strings” arrange album, especially for the Hamauzu portion, as so many of his songs are piano-centric that you just cannot get away from it. Nonetheless, there is so much to enjoy, to experience, to wonder over and marvel at, that I cannot help but give a wholehearted recommendation to VGM fans, especially those who recognize the names Sakimoto and Hamauzu at a glance. My only lingering question: what’s next for Barron and ETHEReal? Time will tell. Until then, please consider adding this lovely collection of string arrangements to your music library!