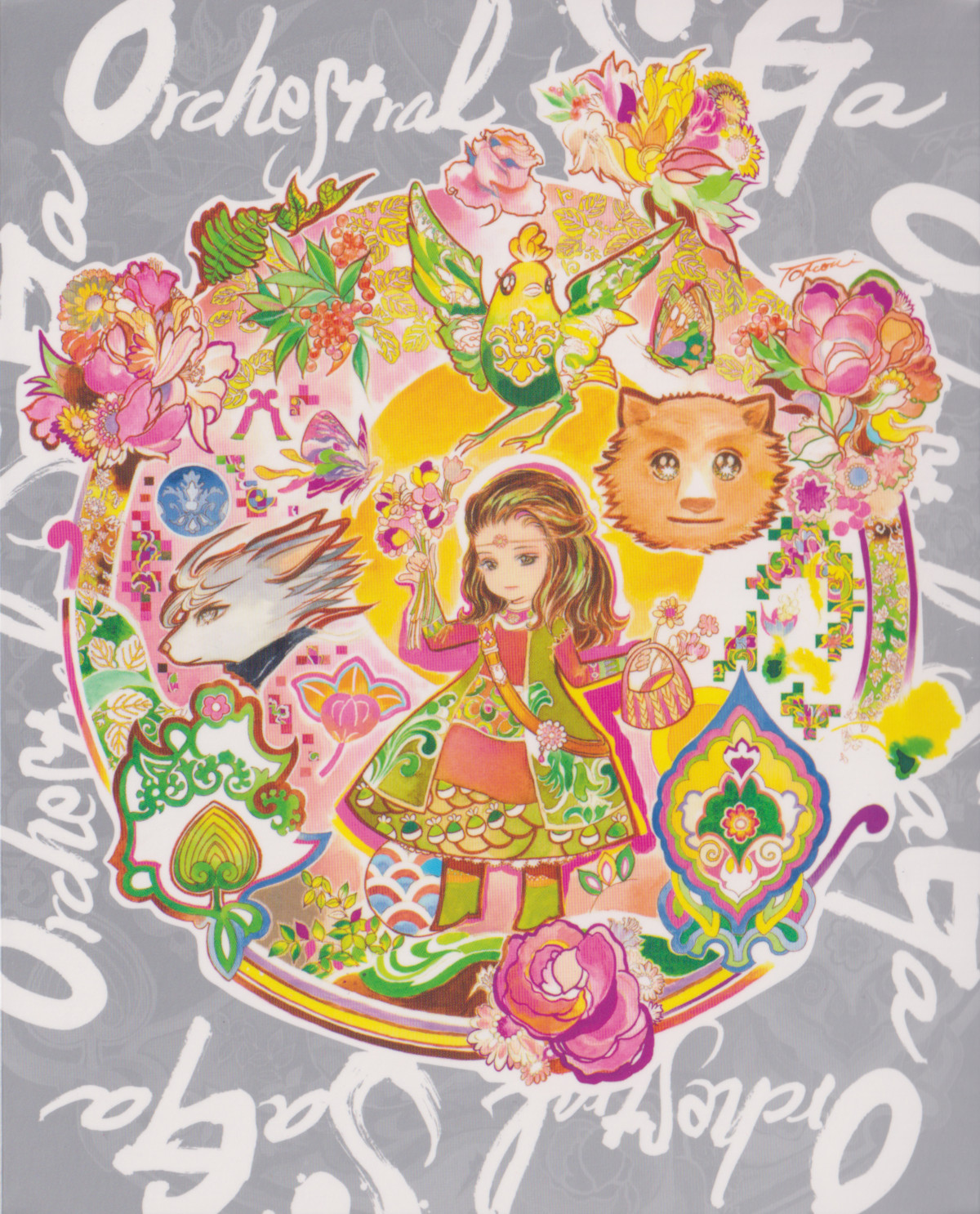 Note: All track samples are YouTube links with video footage. Watch them via links below or on our YouTube playlist.

Scroll down for the video version of this review!

Five years after the first Orchestral SaGa release (Legend of Music), series composer Kenji Ito returns with the strength of the Tokyo Philharmonic Orchestra, seven talented arrangers, and many more delightful surprises in a live concert performed for a virtual audience. The COVID pandemic may change the experience, but the show must go on! And for those who want to look back on not only some of the best in the SaGa series but on this strange time in 21st-century history, this Blu-ray concert experience offers quite a bit.

Before I continue further about the quality of the music and visual content in this incredible Blu-ray collection, I need to offer praise to Square Enix for taking the time to add English subtitles to this release! I lamented while reviewing past Square Enix Blu-ray concerts (NieR, Octopath Traveler) that many spoken-word sections that were key to enjoying and understanding the scope and presentation of those concerts were left untranslated, reducing their value to any English-speaking market. While the English subtitles in this release do not cover every single word spoken or sung in Japanese, the most notable portions (Tomokazu Sugita’s eight narrations and the MC sections featuring Masanori Ichikawa, Akitoshi Kawazu, and Kenji Ito) are all fully translated with English subtitles. Additionally, Square Enix continues to offer dual-language liner notes, so the text commentary in the booklet that comes with the Blu-ray concert appears in English as well. These added efforts for localization make a big difference in the marketability of what were once “import-only” products. For this reason alone I say to Square Enix, “Keep it up!”

There is a strange atmospheric quality to this concert. The orchestra performs in the prestigious Bunkamura Orchard Hall to an empty audience, though there were thousands of live viewers internationally. Said live viewers, of course, were unable to add applause directly at the end of each piece. The silence is strange, deafening, yet the conductor and the entire orchestra manage to remain steadfast and stoic in the face of such a unique experience. Fortunately, the MC trio makes note of this strange experience in these stranger times within the first ten minutes of the concert. The recognition helps to ease the absurdity of it all.

Sugita’s narration helps to carry the weight of the orchestral pieces, which span the entire length of the SaGa series. And yes, nearly every title from the franchise is represented in this concert, from the original Game Boy trilogy through SaGa Scarlet Grace: Ambitions and the two live service mobile titles Imperial SaGa and Romancing SaGa Re;univerSe. Additional production value comes in the form of the multi-angle feature: viewers can watch the concert as if in a live orchestral audience or from a “Visual” perspective that synchronizes gameplay footage with the orchestral performance. Synchronized gameplay footage has become commonplace for VGM concerts, but offering two separate viewing experiences on the Blu-ray disc is a rare treat.

As for the arrangements and performances themselves, longtime fans are sure to note two aspects of the concert: song selection and arrangement quality. I am undoubtedly not alone in my frustration when the same few songs get arranged again and again, especially when there is so much source material to draw from. To that end, I must say I was particularly pleased with the song selection for the SaGa Frontier block. There is a lot to love here, but I was most impressed with the piano concerto style used in “No Matter the Cost” (arranged by Yohei Kobayashi). The first half of this medley track comes from the source composition “ALONE,” the dungeon theme for the Shrike region’s Bio Research Lab. Through this song alone, I realized that SaGa Frontier could easily benefit from its own hour-long orchestral concert. The haunting beauty here cannot be denied. The second half of the medley is a solid arrangement of “Battle #1,” a fitting battle theme for orchestral arrangement. In the next medley, “A Brash Encounter,” we hear “Battle #4” brought to glorious orchestral life as well!

The other pieces that really stood out to me were the entire Romancing SaGa trilogy block, arranged by Tsubasa Ito, and the finale “Minuet,” featuring a pre-recorded performance by songwriter and vocalist Masayoshi Yamazaki accompanied by the live orchestra. As mentioned multiple times by the MCs, the theme of this concert was the role of The Minstrel in the series (brought to life by Sugita’s wonderful narration). Ending the show with the minstrel himself was a fantastic choice. Outside the main concert (whose runtime is over two hours), the Blu-ray disc also features a ten-minute making-of Special Movie showing Yamazaki’s recording process and the orchestra rehearsing alongside Yamazaki’s special recording.

There is much to love about this concert. It is a love letter to fans — especially longtime fans — of this eccentric and wondrous series. I have minor complaints about song selection, including some milquetoast selections for SaGa Frontier 2, but on the whole, I love this concert and I love the finished product of this Blu-ray enough that I think it warrants the high cost that comes with Blu-ray imports (at time of writing, Square Enix North America is offering this item for 75 dollars). Given the quality of arrangements, the incredible production value, and the total run length, I must argue that the price is actually warranted. I got my money’s worth out of watching and listening to this concert multiple times over. If you appreciate the work of Kenji Ito and Masashi Hamauzu and want to see SaGa continue to grow, in the form of new games and in great arranged music, picking up this lovely Blu-ray disc is one way to let Square Enix know that the perpetual underdog franchise is more consumer-friendly and less niche-market than it was decades ago!