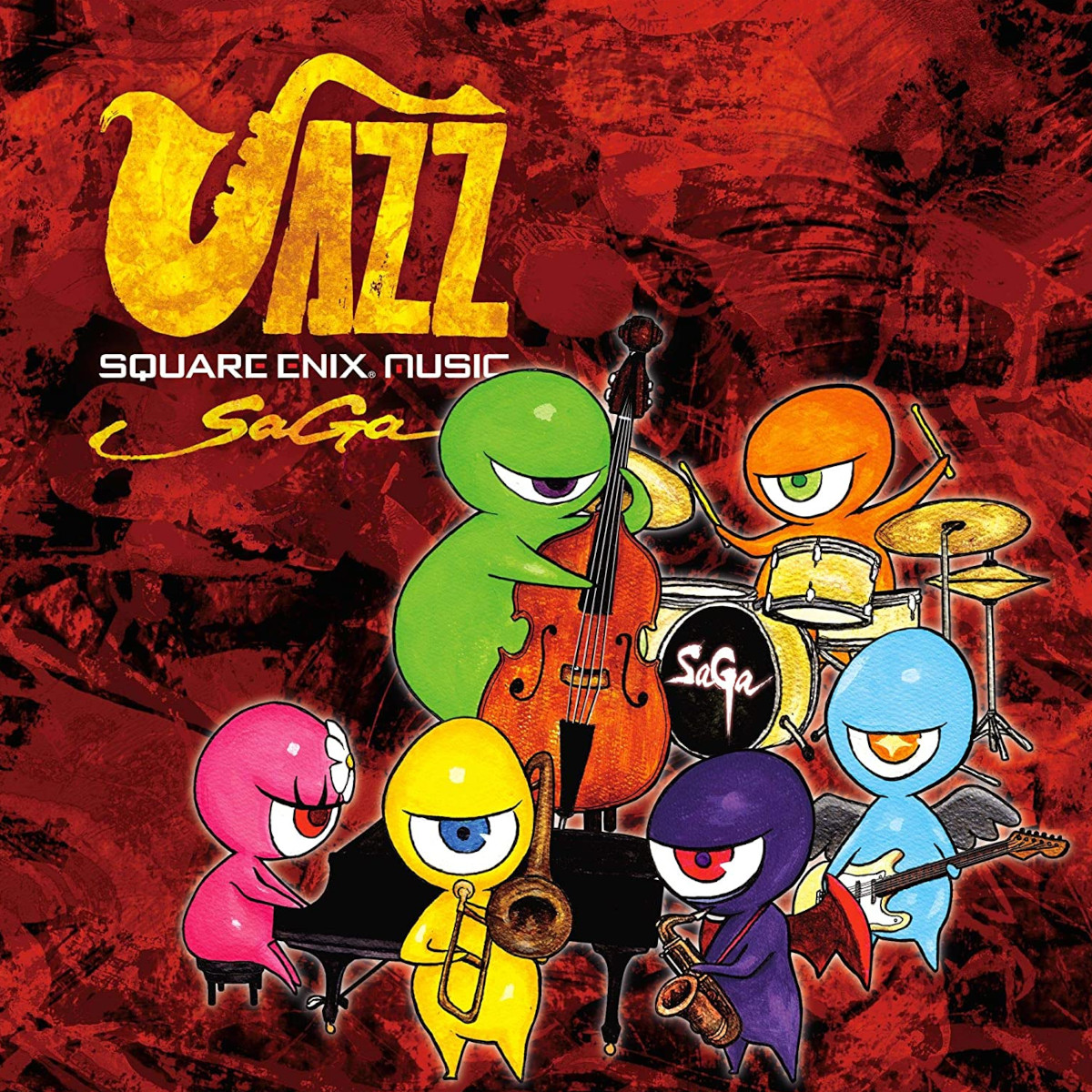 The renaissance of great arranged albums from Square Enix has been quite the boon for fans like myself. If there is any one franchise that has benefited most, at least so far, it has to be the SaGa series. In the past decade, there have been half a dozen rock albums, nearly as many orchestra albums, the recent SaGa Frontier Acoustic Arrangements disc, and now a dedicated jazz album. I feel seen, heard, and grateful.

Square Enix Jazz -SaGa- is the fourth album in the Square Enix Jazz series, one that is likely to keep going for some time. (Its fifth entry was recently released and featured Chrono Trigger.) The leads on the Square Enix Jazz albums are a duo: trombonist Eijiro Nakagawa and bassist Ryu Kawamura. Each has an impressive oeuvre with arrangement and performance credits going back decades, and not exclusively with Square Enix. Nakagawa proves himself on this album as both a stellar arranger and a talented trombone soloist. Kawamura holds back a little, though there are still some great bass licks throughout this album.

When it comes to these all-series arrange albums, track selection and representation of every major game in the series is very important to me. And across these twelve tracks, the duo managed it! Well, with one exception, and one whose musical style would’ve been great for these jazz arrangements: Final Fantasy Legend III. However, to see the Romancing SaGa trio, the SaGa Frontier duo, the first two Game Boy titles, the underdog UNLIMITED SaGa, the newcomer SaGa Scarlet Grace, and even the two ongoing online titles Imperial SaGa and Romancing SaGa Re;univerSe getting attention? It’s a dream come true!

Before I go any further, I have to point out that the jazz fusion style brought by this team is truly intense. The arrangements themselves take risks. Right from the start, the typically spirited and major-key “Main Theme” from The Final Fantasy Legend gets reharmonized in the bass with a Phrygian mode walk up and down that sounds more like a sunset showdown than a triumphant theme. The melodic lines get syncopated as well, and sped up significantly, adding a great deal of tension. This powerful statement signifies what is to unfold on this album.

Plenty of great battle themes show up, some of which have been under-represented in other arrange albums. “Struggle to the Death,” the boss battle music from Final Fantasy Legend II, shows up and gets some absolutely fantastic arrangement. The specific call-outs, the drops and returns by the band, the intricate charts and heavily improvised solos — it all adds up to something greater than the sum of its parts, and definitely something that I could not have imagined based on the source composition alone.

Speaking of “Alone,” the ever-popular location/dungeon theme from SaGa Frontier appears as one of the softest, simplest tracks here. This track may be where the album takes the fewest risks, and frankly, I’m glad about that. It has the trappings of a “smooth jazz” kind of piece, and the team ran with it. The result is definitely pleasant.

I honestly like and “agree with” pretty much every song selected. Kawamura and Nakagawa did a fantastic job. I do want to point to Romancing SaGa 2‘s “The Ultimate Confrontation” as another personal favorite. Arranger and bassist Kawamura keeps this intense drag-triplet run going through the piece, sometimes accompanied by the piano, bringing a kind of intensity I wasn’t ever expecting. This piece is also where pianist Takana Miyamoto gets to shine with some lovely fills.

Though, I will say my chief disappointment with this album is a general lack of piano prominence. Yes, it’s always there, but there were missed opportunities for melody-carrying and improvisation throughout the album. I do hold a bias as a pianist myself, but it’s not just that. It’s also that there are tracks from SaGa Frontier 2 and UNLIMITED SaGa, both composed by Masashi Hamauzu, whose compositions tend to lean heavily on the piano. The “Unlimited SaGa Overture” simply needed more spotlight on the piano than it got.

That complaint aside, this Square Enix Jazz crew has something special going. It can be hard to sell people on jazz, especially original compositions. That’s why I think these arrange albums have an advantage: we all know the source material, and these arrangements make something more, something different, and most importantly something fun out of the music we already love. I’m happy to have it in my collection, and I’d encourage you to consider adding it to yours.