Another Eden: The Cat Beyond Time and Space

It's a shame because, at its core, Another Eden is a strong RPG experience, but its gacha components occasionally bog it down. 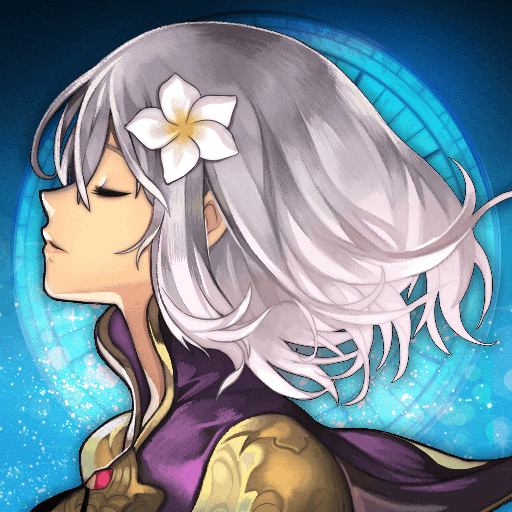 Another Eden: The Cat Beyond Time and Space is a free-to-play game written by Masato Kato of Chrono Trigger and Chrono Cross fame. The game tries ambitiously to harken back to a bygone era of old-school, traditional JRPGs and can be picked up and played at your leisure. Does it succeed at both of these things? For the most part, yes, though gacha mechanics occasionally hold the title back.

Another Eden‘s story starts just like many traditional fantasy RPGs do, with main character Aldo living a relatively peaceful life with his little sister Feinne and their adoptive grandfather in the small village of Baruoki. However, when an attack by the fearsome Beast King leads to Feinne’s abduction, Aldo heads out on a quest to save her, but soon gets dragged into an adventure that transcends the confines of time and space. Given Kato’s involvement, it isn’t surprising as there are many parallels to his most famous spatial adventures throughout Another Eden’s narrative. I wouldn’t say that Another Eden attempts to break the mold as far as its plot is concerned, but it is surprisingly detailed and engrossing when you get to see new scenes, and it can be pretty tongue-in-cheek and refreshingly entertaining with how it handles its sidequests. If nothing else, Aldo definitely has some great reactions to the shenanigans going on around him!

For this review, I played the PC version of Another Eden, and the presentation is fairly solid, although it probably fits better on mobile platforms as initially intended. As a result of this being a PC port, I think my biggest complaint is that you can’t play the game with a controller. Instead, you have to rely completely on the directional buttons of your keyboard to move throughout maps and your mouse cursor to initiate actions. It took me some time to get comfortable with this set-up because I’m so used to playing games with a controller, though it is implemented well enough once you get the hang of it.

In terms of game design, Another Eden has all of the easily accessible trappings of a traditional JRPG experience. You use your mouse to guide Aldo through various areas and time periods, gathering items and interacting with characters along the way. Visiting inns rewards you with health and magic-replenishing nourishment for later on down the road, and there are shops to drop off collected resources at so you can craft better weapons and armor. Maps are relatively straightforward with only small diverging pathways to explore, and points of interest are clearly marked on the mini-map. As you travel across time, you can access a constantly updating world map with locales that you can fast travel to whenever you’re in a particular era.

Random encounters and boss battles are all turn-based, with a party of up to six characters (four active party members, two in reserve). Every party member has a rather robust skill tree that they acquire ability points for whenever they level up. Spending ability points boosts various statistics or allows characters to learn a new skill. Active party members take turns using battle skills to help vanquish foes, such as one default attack and usable skills that cost MP, and some of these skills might place buffs or debuffs to the party or your enemy, respectively. Healing abilities are quite beneficial in battle, and certain moves will be stronger or weaker depending on the enemy type. The two members in reserve restore their HP and MP while they’re there, and there is a sense of strategy in knowing when to pull characters back to recharge or when to put different characters into the fray. My only real issue with this system is that if your active party is KO’d, it is a game over, even if you still happen to have members in reserve.

The combat is smooth and easy enough to get the hang of, especially if you have some familiarity with turn-based systems. As you play Another Eden, you acquire a special form of currency called Chronos Stones, though you can also acquire them through in-app purchasing. Keeping at least fifty or so in your inventory can be quite beneficial should a particular battle prove more challenging as, when a game over occurs, you have the option to continue by spending fifty Chronos Stones. This will cause the fight to resume with your entire party refreshed but the enemy’s health still depleted. It is a clever way to approach a game over for those who don’t want to stop battling at that moment, though you do have to keep your Chronos Stone supply up for it to be truly viable.

The story characters are likable enough and help move the plot along, even if I wish more of the characters were actually involved in the main plot, though, as the extra story episodes and character quests featuring them are entertaining. As it stands, they feel more like add-ons. You can purchase these side characters, among others, from the gacha pool known as the “Gallery of Dreams,” using Chronos Stones.

Theoretically, you can play through the game without ever investing in the gacha mechanics as Another Eden does have characters who join your party as the story progresses. However, the chances of getting stronger characters from the pull might be too tempting for some to ignore. Still, I give the title credit because you can essentially pick up Chronos Stones without ever having to pay a dime out of your own pocket. Just keep doing quests and opening mail from the Lynx Delivery system, and you’ll acquire enough on your own.

Unfortunately, the gacha is still Another Eden’s weakest component. The way it’s implemented leads to many interesting characters having little actual involvement in the main plot, meaning those who opt out of it or are just unlucky only miss out on potential party members. I had enough Chronos Stones to pull ten characters in a bundle at the beginning of the game, and four of those characters joined my main roster due to their skills. I admit to not really using the gacha mechanics much following that initial pull, but I still coped pretty decently with fights as long as I grinded for levels. I was fortunate to pull Tiramisu, as her summon attack is a great AOE move that clears foes quickly to help with the level grinding.

You will inevitably have to level grind if you’re not going to put much money down since you’ll have to raise levels to keep up with the enemies in new areas as they’re uncovered. You’ll also want to acquire items that allow you to upgrade characters by changing their class,giving them access to more powerful moves. These items are sometimes obtained through story episodes you can participate in, much like sidequests, but you can also get them by traversing through the Another Dungeons, higher difficulty versions of dungeons you’ve previously been through.

Either way, it’s a time investment because you’ll have to play Another Eden quite a lot to strengthen characters and advance the plot if you’re not putting money into the game. In theory, you can put in as much time as you want into Another Eden and advance at your leisure, but if you want to explore every aspect of the game, the reality is that you’ll be slowly chipping away at it. It can be tiring, especially if you’re trying to play for lengthy periods of time, or if you play for short periods of time, you might get equally frustrated at the glacial pace of your advancement.  It’s a shame because, at its core, Another Eden is a strong RPG experience, but its gacha components occasionally bog it down.

Because the game was initially a mobile title, and there are three time periods to explore (and some alternate realities if opting to play through the crossover events), the game uses 2D side-scrolling visuals the majority of the time. These are colorful and expressive, reminiscent of a fantasy art book, and I greatly enjoyed the character art for important characters throughout the game, except for some of the more fan-service type designs. Another Eden‘s music is composed by Shunsuke Tsuchiya and Mariam Abounnasr, with a few select tracks by Yasunori Mitsuda. Overall, I found the soundtrack to be quite well-done and emotive, particularly the battle themes. The game only has minimal voice acting, though I didn’t mind this once the story picked up, given how strong the soundtrack is.

Another Eden has done special crossover events with other well-known JRPGs. A few earlier ones include Persona 5 and the Tales series. They’re rather impressive for fans of those titles as they try to capture the essence and visual style of them surprisingly well. There’s also a special Chrono Cross event, Complex Dream, that I’ll explore in greater detail in a separate review. While these are great for fans of the particular series they feature, non-fans probably won’t get much out of them unless they’re interested in collecting all of the potential characters they offer.

Another Eden: The Cat Beyond Time and Space can be quite playtime intensive given that there are so many chapters to complete and the game isn’t even finished yet, not to mention its numerous optional quests, episodes, and side content. Still, at least it is entertaining! I can’t say I’ll ever be someone who invests a lot of time and money into Another Eden, but I’d like to stick around with it for a little while longer to see where Aldo’s journey takes him next. That’s more than I can say about similar gacha games I’ve tried in the past. Plus, the obvious cat bias the game has doesn’t hurt either!

Entertaining JRPG story in a free-to-play format, excellent music, colorful graphics, lots of content to explore, so many cats.

Grinding can be extremely time-consuming, gacha mechanics don't add a ton to overall experience, no controller support in PC version.

Another Eden: The Cat Beyond Time and Space is an entertaining, albeit grind-heavy adventure.