Cris Tales might talk about more than it should, but I kind of love it for that. 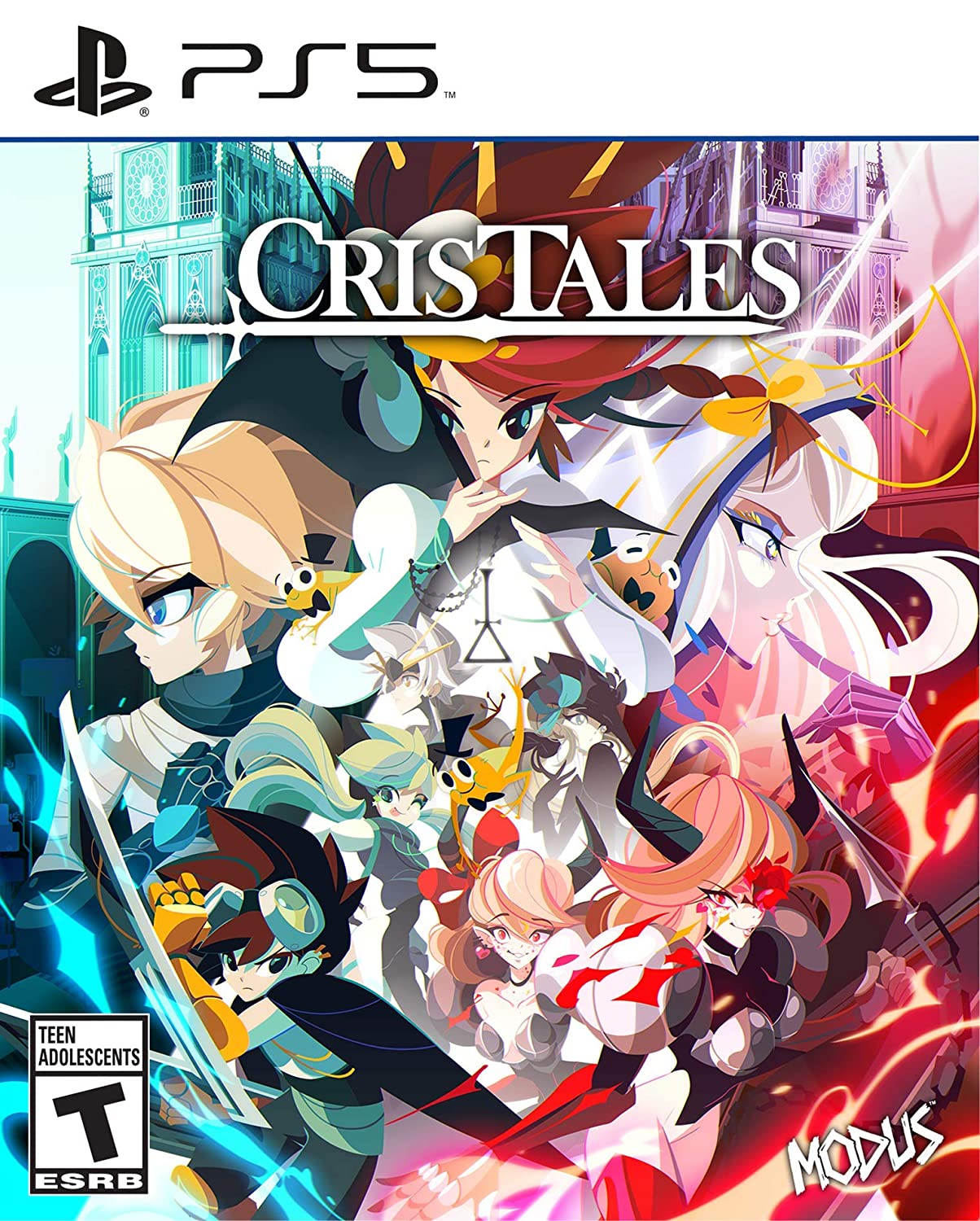 If you want to know what people love, listen to them talk. Whenever I get started talking about NieR: Automata, or the movie Moonlight, people might be interested, but eventually, people stop listening to my rambling about the endless intricacies of these things I love.

Okay, that might seem off topic, but it’s vital to what makes Cris Tales tick.

Cris Tales’s developers, Dreams Uncorporated, do a lot of talking. First, they talk about the influence of games like Chrono Trigger, Super Mario RPG, Persona, Bravely. They also point out inspiration for the art from animated works like Samurai Jack. Above all of these influences, though, the one thing the developers like talking about more than anything is Colombia: Its culture, its architecture, its storytelling, even its very cute (and very deadly) frogs. The developers have a lot of love, and they wear it on their sleeve throughout Cris Tales. Perhaps more than they should.

Speaking of love, let’s start by talking about how much I love the look of this game. For many, it’s the game’s biggest draw, and it absolutely delivers. The best way to describe it is like a colorful, ornate stained-glass mural brought to life. Sporting a highly colorful, stylized look, the level of care and artistry on display here is just stunning. Many of the areas take their inspiration from Colombian architecture, and they feel big, grand, and beautifully specific. I was particularly taken with the towns, each having a particular look and feel appropriate to its respective culture. The character designs are equally beautiful. Even the dungeons look fantastic. The developers wanted Cris Tales to feel like a Colombian fairy tale, and if anything gets us there, it’s the game’s look. The beautiful, soaring orchestral and vocal tracks, clearly influenced by Colombian music, help with this as well.

Unfortunately, at least on the Switch, this beautiful look comes at a cost: egregious load times. Moving between zones could sometimes take over 15 seconds to load, and random battles even took six to seven seconds to load at times. Many recent releases have had trouble performing on the Switch, and it’s worth noting that if you have other means to play this game, that might be the way to go.

Cris Tales might be about many things, but time travel influences everything from the story to the gameplay and look. Cris Tales follows Crisbell, a young time mage who can simultaneously see the past, the present, and the future. We open by seeing Crisbell’s awakening as a time mage, assisted by a mysterious yellow frog named Matias. She discovers that she must unlock more of her power to battle the Empress of Time, a powerful being trying to destroy the world.

She picks up friends along the way, and it gets more complicated, of course, but it’s nothing you haven’t seen before. Cris Tales wants to embrace the simplicity of a fairy tale, and for the first half of the game, it mostly works. Sure, the characters are a little one-note and could be written with more life, but I got what they were going for. The problem is that they fall back on those influences and perform the standard “bait and switch” when you think you’ve finished the game, not once but twice. The developers introduce some new ideas in the game’s latter sections, but they detract from what the game was doing earlier. The added runtime feels like a product of the developers coming up with more ideas during development and trying to squeeze them in. It doesn’t quite work. I think the main narrative would have been better if it was about ten hours shorter.

Unfortunately, that portion of the game also suffers because its most effective elements are lost: the visual storytelling and helping people in the individual towns. Because Crisbell can see past, present, and future simultaneously, you can see how the town used to look, how it looks now, and how it will look in the future. The game does this by splitting the screen into three sections: the past is on the left, the present is in the middle, and the future is on the right, which creates a satisfying loop. Each new town has some problem to solve and a variety of sidequests. The joy you get from helping people when solving these problems grows stronger as you see different time periods side by side. Because of the split-screen,  you can see the immediate impact of your actions in the future, whether it’s a street musician achieving his dreams or the beauty of a university library when it’s properly funded. The sidequests feel almost essential — how can you not help the couple reconcile when you see what will become of them if you don’t? They sometimes require backtracking, which can be frustrating, especially with the long load times on the Switch, but they’re still worth it. Each town also allows you to make a variety of choices about its future, and these choices change based on the number of sidequests you complete. The main narrative doesn’t vary significantly based on your choices or the sidequests, but the towns and the lives of the people in them change dramatically, and these are the best parts of the story.

As much as I enjoyed the way the time travel mechanics help storytelling in the towns, the area of Cris Tales that held my interest the most was the turn-based combat. Enemies appear on either side of the screen, and Crisbell can manipulate time, sending enemies either into the future or into the past. Enemies’ stats often change when you send them forward or backward; You can also play with status effects by manipulating time, such as causing the enemy to take all poison damage at once by sending them into the future. Additionally, similar to Super Mario RPG or the more recent Yakuza: Like a Dragon, timed button presses can help you deal additional damage or take less damage from enemy attacks. You can see and manipulate turn-order (similar to Bravely Default), while each character has a unique kit that fits together differently with Crisbell’s time travel magic. There are even limit-break-style moves.

As you can see, there are a ton of options in battle. At first, I was overjoyed by this. Show me a good turn-based system that allows you to adjust styles for situations and potentially break things, and I’m in. The problem is that it never entirely lives up to its promise. There aren’t as many possibilities as I was hoping, some moves are not that useful, and — outside of one battle that was so difficult I’m afraid it might have been a programming error — there isn’t much of a challenge. The timing system doesn’t work all that well, either, since the animations are a little too long to figure out the right timing. In the end, I love that Cris Tales puts fun twists on the inspirations it pulls from for its combat, but they never live up to their potential. It’s a case of too many cool ideas without effective execution.

If you listen to Cris Tales talk, it sings with love for its influences. But sometimes, maybe we can love too many things. The game is remarkable on a variety of fronts, notably its look, its sound, and its love for Colombia. All of that works. But it feels the weight of its many influences. Eventually, when the developers throw so many things at the wall, it starts to get messy, with a story that tries to do too many things, combat that never fully lives up to its potential, and a bloated run time.

Still, I’d rather love too much than not enough. Cris Tales might talk about more than it should, but I kind of love it for that.

Trying to do too many things at once, overstays its welcome, story a little lackluster, combat generally doesn't live up to potential.

Cris Tales looks and sounds absolutely stunning, and its time travel mechanics make the storytelling and combat unique, but it tries to do a few too many things and goes on about ten hours too long.