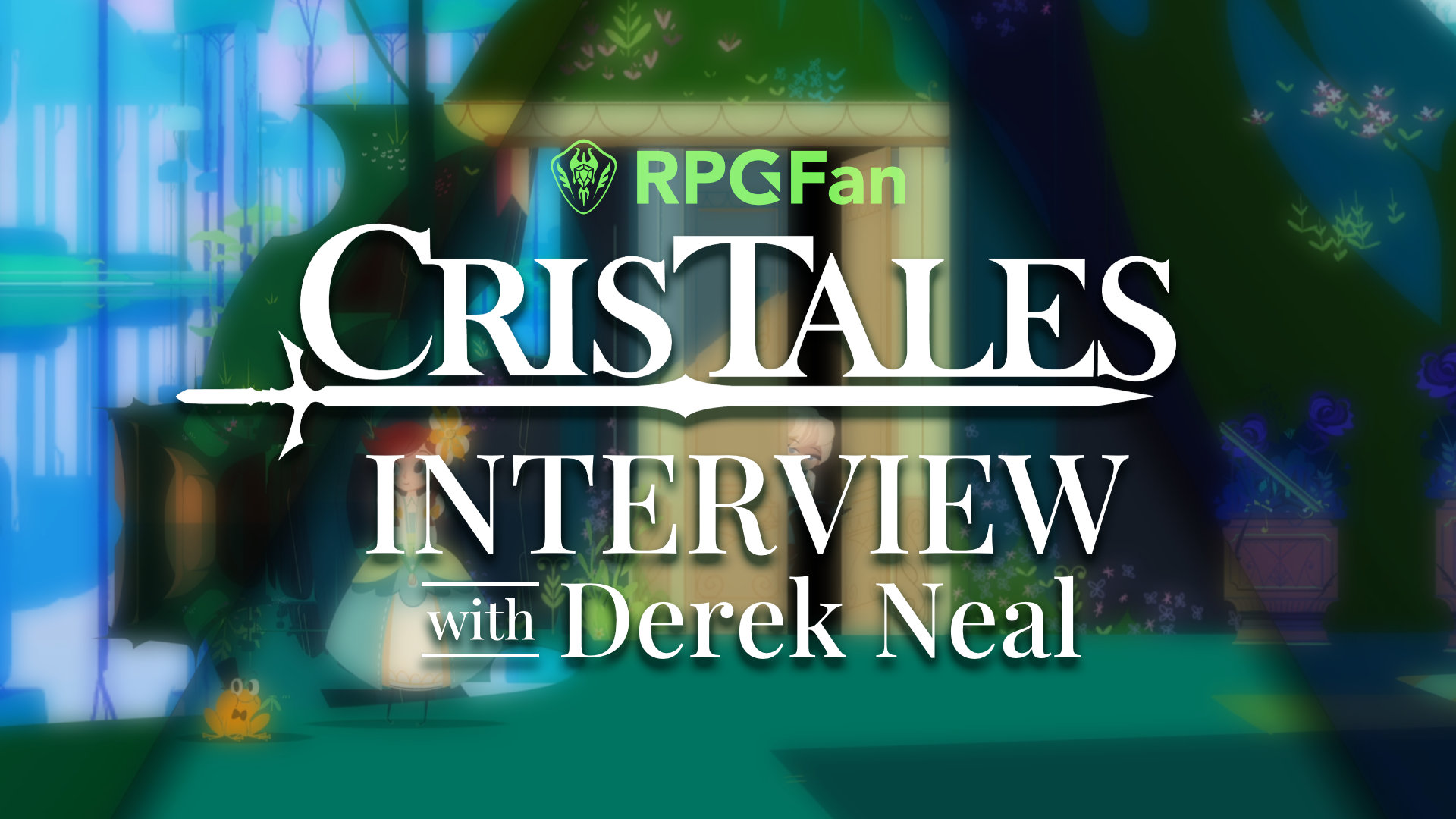 Ever since Cris Tales was revealed a few years ago, several of us at RPGFan have been looking forward to it. An absolutely gorgeous RPG with an innovative take on time travel, every time we caught a glimpse of Dreams Uncorporated & Modus Games’ work, we stopped and savored it. There are several reasons Cris Tales made our list of Most Anticipated Games in both 2020 and 2021. This week, we had the opportunity to conduct an email interview with the game’s Lead Producer, Derek Neal. We asked about Cris Tales‘ inspiration, style, culture, and more, and we’re pleased to share this conversation with you today.

RPGFan: It’s exciting to see some classic RPGs alongside more recent ones (Bravely Default, Persona 5) among your inspirations. What is it from these “modern classics” that you feel have helped shaped the genre, and in turn, Cris Tales?

Derek: Many things, from the narrative style, to the clever use of mechanics, to the evolution of traditional tropes like vehicles and shops. For example, the combat system in Bravely Default is extremely clever, with its ability to skip/store turns, which was a big source of inspiration.

RPGFan: The art style and the way you incorporate it into the “past/present/future” lens used in-game is a unique touch. Can you comment about the inspiration behind that feature or the art process for Cris Tales generally?

Derek: The “past/present/future” lens that you can see through is the final result of a lot of iteration and testing of different ideas on how to make this work. In the end, this was the strategy that was the easiest to understand. Using consistent language (like the past is always on the left) helps take something that could be information overload and make it more digestible.

RPGFan: What impact did the time travel elements of the game have on development? Did it bring any challenges?

Derek: Many. Keeping the story straight and non-contradictory is always challenging when dealing with time manipulation. And making every asset in the game a minimum of 3 times (and some 20+) because it has to appear in different times, means that this is a game that has been made in more than triplicate!

RPGFan: Were there any significant changes from Cris Tales‘ earliest concept to what we’ll be seeing in the final product?

Derek: We spent a lot of time discussing what the structure of a kingdom should look like, how the quests should function, and how to set up meaningful decisions in the game.

But rather than cutting things or reworking things as development progressed, we tended to add new things. I think the biggest change is that the game is larger and longer than I think any of us ever thought it would be.

RPGFan: You’ve talked a lot about the video games that have influenced Cris Tales‘ story and gameplay. Are there any major influences or inspiration for the art style, whether it’s video games, animation, cartoons, etc.?

Derek: The art has many sources of inspiration, but some of the main ones are Samurai Jack, Foster’s Home for Imaginary Friends, and Disney. The lead artist, Sebastian Villareal, deserves much of the credit for the beautiful style and look of the finished game.

RPGFan: Cris Tales is heavily influenced by Colombian culture and architecture. We’re big fans of the title’s play on words! Were there any specific landmarks or traditions you used as a focal point when designing the world of Cris Tales itself? If so, were there any compromises you had to make incorporating those to keep the fantastical setting of Cris Tales cohesive?

RPGFan: It’s been exciting to see more Latinx/Latine studios and games get some well-deserved attention recently! Cris Tales is highly anticipated and is leading the charge on giving those cultures more visibility. How do you feel about the future of Latinx game development? Is there anything specific from those cultures you’d love to see a game about one day?

Derek: I think it’s wonderful that cultures that have not had as much chance to shine on the world stage are really getting a chance to do so. I myself was completely shocked at how many amazing places exist in Colombia, some of which I couldn’t believe were real until I did a lot of research. The result has completely transformed my entire concept of the country. I hope everyone else who is currently ignorant of these cultures also gets the chance to experience that transformation.

RPGFan: What is the one thing you’d like veteran RPG fans to know about Cris Tales before they play?

Derek: When you think it’s over…it’s only just beginning.

RPGFan: Similarly, what advice would you give to someone new to RPGs that picks up Cris Tales?

Derek: Make sure to check the shops and dungeon areas for equipment and other upgrades. And save often!

Cris Tales will release on July 20, 2021, and will be available on Nintendo Switch, PS4, PS5, Xbox One, Xbox Series X|S, Steam, Epic Games Store, GOG, and Google Stadia. Learn more about the game on our Cris Tales game hub and the game’s official website.

Alana Hagues, Stephanie Sybydlo, Giancarlo Vazquez, and Hilary Andreff all contributed to this interview. RPGFan extends our thanks to Derek Neal for taking the time to answer our questions.