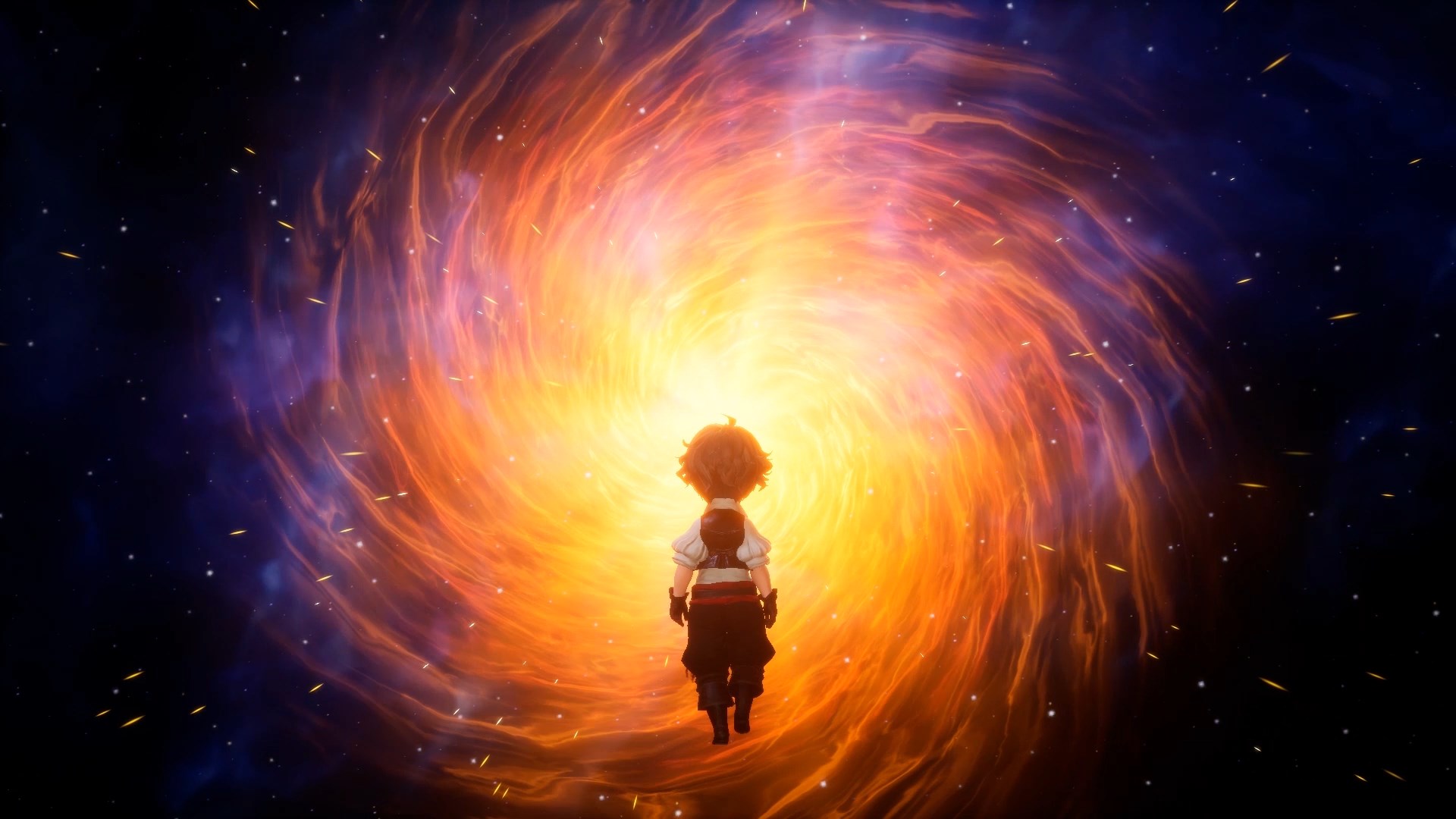 Of course, we here at RPGFan happen to be fans of RPGs. And I would venture a guess that you’re all RPG fans, too. In which case, we’re no strangers to hotly-anticipated releases happening in the doldrums of July; Fire Emblem: Three Houses is a recent example. But we do get some smaller fare — which is often just as wonderful — throughout the year. So when it comes to the overall gaming industry, year after year, that Snoke dude from Star Wars is always like, “there has been an awakening.” And then we all get to write more than usual, be it as “formal” article writers like yours truly or just as savvy commentators like mine truly. (I’ve decided that if “yours truly” means oneself, “mine truly” means the rest of you. Language exists to evolve.)

Oh no, I just looked it up, and that’s already a thing on Urban Dictionary — this could have been my big linguistic breakout moment.

All lame jokes aside, I want to provide our regular readers with a quick update on my beloved cat before we jump into the meat of the column this week. I received some lovely comments (and a couple of emails!) from folks this past week, and I can’t thank you all enough. Our cat is on quite the drug cocktail now. Her mobility will never again be what it was, though she stubbornly insists otherwise. But that self-same stubbornness appears to be keeping her going for a while longer! The vets are all amazed; she’s as close to her usual self as possible given the circumstances. We’ll appreciate her for as long as we can because that’s the best we humans can do, right?

Phew! This has been one of our longer intros. So let’s get started on the RPGs coming this week.

Any game developer touting the term “Techno-Womb” in a featured screenshot for their work is either crazy or confident. In the case of Brytenwalda, I choose to believe both. The backdrop for Beyond Mankind: The Awakening is decidedly post-apocalyptic, but rather than settling for another round of “look at these ruins, I think that used to be the Golden Gate Bridge,” it’s bursting with a future-tech aesthetic. The punchline behind it all is the notion that, following the final stages of a nuclear winter, vicious megafauna has effectively inherited the earth, and it’s up to you and yours to decide whether to fight a desperately outmatched war or merely slow the extinction of humanity.

You’re part of an organization called H.O.P.E., and you appear to be in possession of a amount degree of ammo, so I humbly recommend the former. Besides, there are romance options. Romance is best experienced whilst breathing. So there, that’s my faux-Shakespearean quote of the week.

Connie, that’s exactly how I’ve felt after accepting iffy freelance jobs in the past, on dime-a-dozen websites that shan’t be named.

Anyway, Mercenaries Blaze: Dawn of the Twin Dragons has featured in not one but two previous columns. That’s just how ablaze these mercenaries truly are. The wildfire has already spread from Nintendo Switch to Steam, and every time I’ve written about the game I’ve used the exact same screenshot. Some may call that lazy. I prefer the term “time-savingly minimalist.” If you’ve seen isometric strategy RPGs with flat-earther borders before, then you probably know what to expect. If you haven’t, for goodness sake, go and play Final Fantasy Tactics already.

What if I told you Little Shop of Horrors was prophetic? If you’re in the know, you’ll tell me in exchange that Monster Harvest is right around the corner for PS4, Switch, Xbox One, and Windows. It’s easy to look at the game and suspect it’s another Stardew Valley (not that there can ever be too many of those). But Monster Harvest comes with the delectable asterisk that the crops you’re growing will eventually do battle for you against the JoJo Mart stand-ins. Stardew, I’mma let you finish, but until my potatoes and cabbages turn sentient and fight baddies with me in the Skull Dungeon, I think we should see other people.

Phantom Brave and Soul Nomad & The World Eaters come together in one remastered package with Prinny Presents NIS Classics Volume 1 for the Switch — because August 31st totally wasn’t packed already or anything. In Phantom Brave, 13-year-old Marona journeys across the islands of Ivoire alongside a blue-clad, blue-haired friend named Ash. There are freaky spirits to bind and conventional NIS humor to chuckle alongside. Soul Nomad, meanwhile, is about childhood friends battling earth-shaking giants with multiple chances for the player to express either a hopeful visage or a nihilistic worldview. No, it’s not Attack on Titan.

Oh, and one more thing: you can already get Phantom Brave on PC, but you will also be able to pick up Soul Nomad on its own over on Steam on August 31st, if you so desire.

Meet Blake, an office worker. Hand-drawn, he appears to be in the mid-twenties age range, but I’ve never been great at guessing that stuff, so we’ll just say he’s younger than 40. Blake lives in the perpetually rainy city of New Stone. Day in, day out, Blake slaves away, just another modern drone. One day, Blake takes the first steps toward the life of a vigilante. Conveniently, we can witness this play out for ourselves in Blake: A Visual Novel, a primarily text-driven affair that nonetheless features bits and pieces of gameplay strewn throughout several hours of tough choices and stylish backgrounds.

I’m, like, listening to “99 Red Balloons” while I write about Lake, and I’ve gotta tell ya, it just feels right. It’s 1986, and Meredith Weiss is taking a break from her big career in the big city to do the not-big job of delivering mail in her small hometown community. It’s a two-week gig, and I have to hand it to Meredith for sticking with the whole money-making thing during vacation because I am nowhere near that motivated. You’ll explore the scenic area, chat with smalltown folk, pick your after-work pastimes, and ultimately help Meredith determine whether to return to her old life or stick around in ol’ Providence Point.

Not for nothing, but Meredith, just stay. Nature is cool, and mail delivery pays better bucks than people realize.

It’s not a surprise that Bravely Default II is coming to PC; by all accounts, Octopath Traveler has done solid numbers over on Steam, so why not? What is surprising is that Square Enix only just announced this is happening, and bam, here it is. There was some brief worry that the former Switch exclusive is leaping to Steam so swiftly because it was a bomb at launch, but recent news suggests it’s doing just fine. The talented mastermind Michael Sollosi gave the game an 86 when it launched earlier this year, and I’m not in the habit of linking to my work at other websites, but if you scour the internet for a handful of minutes, you may find that I more or less agree with him.

Go play it! It’s cute, Elvis is funny, the card game will haunt your dreams. And perhaps the rest of the series will follow suit? I sure hope so!

I think someone once said the same thing to me while I was in rural Illinois. They were incorrect.

Kitaria Fables is, in a word, “kawaii.” In two words, it’s “totemo kawaii.” In three or more words (which forces me to speak in my native tongue), it’s “really, really cute.” There’s a rising darkness threatening the world, and that’s admittedly not the cutest plot thread, but everybody’s super-cute about it, and you can farm and craft and brew potions, and you’re, like, a cat-thing, and you live in Paw Village. And that’s all extremely adorable.

The biomes are diverse, the weather is nice except when it isn’t, the combat seems reasonably well-made, and you can play together with a friend. You can also find the game on every system you could possibly own unless the last console you purchased was a Wii U, in which case you’re out of luck. But, as much as I love my old Wii U, “out of luck” is a fairly common sensation for the thing. On the other hand, Bob Richardson dropped his verdict earlier today and, going by his words, if you are a Wii U-only owner, then you might not be missing out on much…

Pathfinder: Wrath of the Righteous comes to PC and Mac this week courtesy of the good folks at Owlcat Games, the creators of Pathfinder: Kingmaker. The tagline for Wrath tells us that we’ll “explore the nature of good and evil, learn the true cost of power, and rise as a Mythic Hero capable of deeds beyond mortal expectations.” I can save you some cash and recommend any number of books by Niccolò Machiavelli, and it’s startlingly easy to accomplish the third through just a few dungeon-diving hours with Skyrim. But if you want all three, and you’re as worried as I am that Amazon might botch the upcoming The Wheel of Time show, then I humbly suggest you play this game.

As an aside, if you’ve not yet experienced Kingmaker, you can grab the Enhanced Plus Edition right now. I suppose you can purchase it even if you have played before; I mean, after all, Enhanced Plus is like, what, the Director’s Director’s Cut? You cannot conceivably go wrong with anything labeled Enhanced Plus.

It’s a heavy week, I’d say, with a prime pick for all sorts of role-playing personalities. I plan to pick up a few, myself, but there’s a JRPG giant right around the corner. Tales of Arise is shaping up to be the most keenly-awaited Tales game in perhaps a whole decade. Arise looks nice, it plays nice, and you can see if you agree with a free demo. Get hype? Get hype.

I was looking for a catus report (my linguistic contribution) and was not disappointed. Hope your old friend stays well for a while yet.