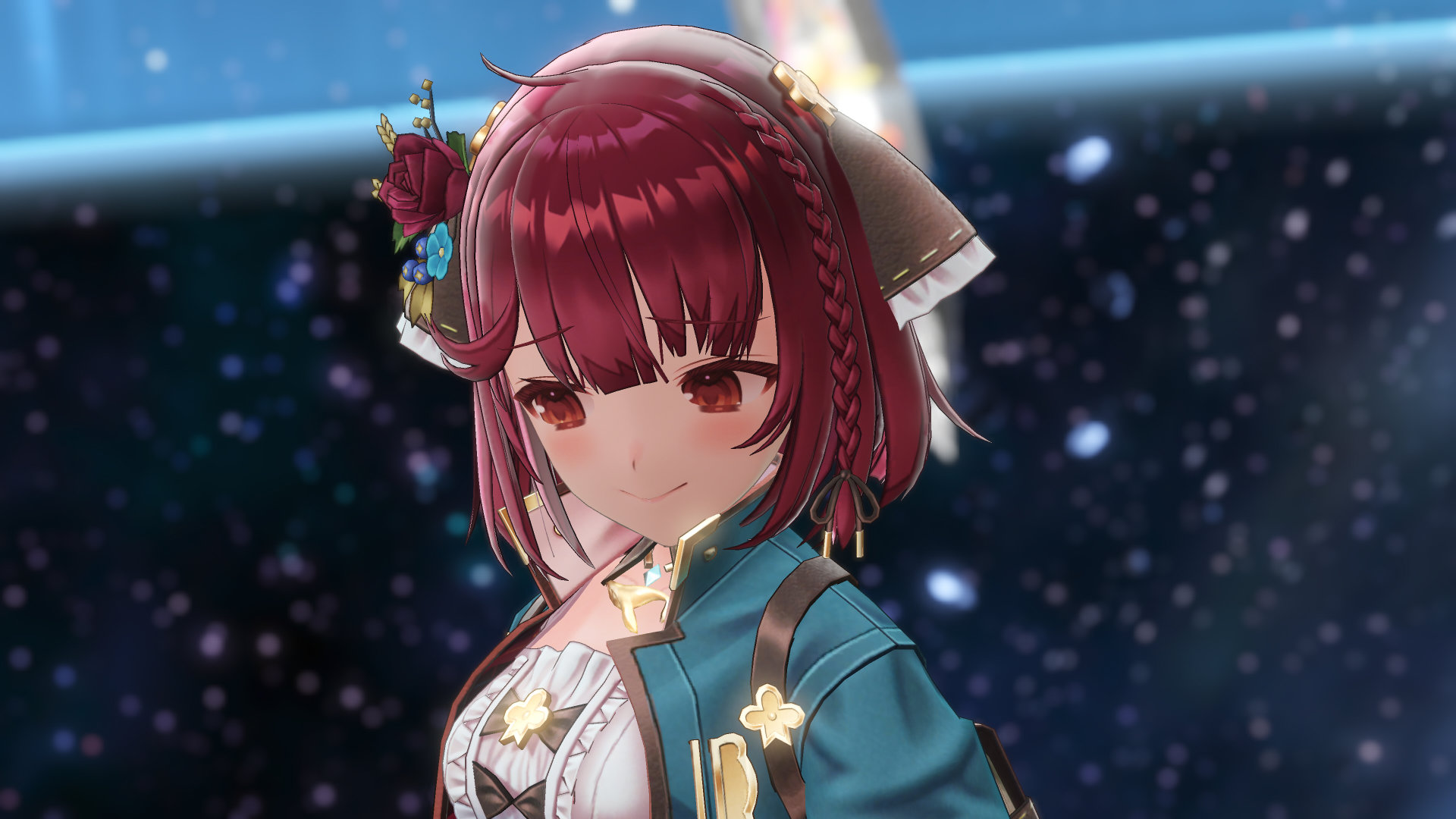 I’ve been thinking a lot about the far-future challenges facing Final Fantasy XIV. Fans of its story, setting, and (last but not least) cast of characters have been positively spoiled with goodness in these past few years. Per Naoki Yoshida’s repeated assurances, we know that there are at least ten more years of life to the game — and quite possibly even more.

What about afterward? The well will, eventually, run dry. Subscriptions will drop significantly for any number of reasons. A new Final Fantasy MMO; a wholly different MMO winning over millions of XIV‘s players; a natural and unavoidable decrease. Whatever the case may be, it will happen. And why should any Final Fantasy XIV fan waste precious moments of our lives worrying over the inevitable? Indeed, there’s no telling whether I’ll even be alive ten years down the road. I’d like to be. But nothing’s guaranteed in life save for, well, you know.

I guess it comes down to this. All my favorite stories exist outside of live-service trappings. Star Trek: Deep Space Nine and Babylon 5 are 1990s television shows. Those episodes aren’t going anywhere. The Wheel of Time is a book series… and now it’s on TV, too. Final Fantasy VII, Xenogears, Trails in the Sky, Mass Effect, Dragon Age, all single-player fare. But XIV can’t keep its lights on forever. Can we preserve it in some fashion that will keep it accessible to a large number of players for decades to come? Would a television show work? An epic fantasy book saga? Or simply a full-blown single-player version?

Three paragraphs now, I’ve spent ruminating on something that some of you will have zero interest in. I apologize! And I feel like I’ve barely touched the tip of the iceberg on the matter, besides. Talk about a weird intro. Maybe I’ll go and complain about it in a feature article or something.

Maybe there are some RPGs coming this week. And if so, here they are.

The Mist seethes. No, it’s not the Final Fantasy XII Mist, despite my blatantly stealing a line from Fran. Nor is it Final Fantasy IX‘s, despite my apparent effort to cite every title in the series by the end of today’s column. Instead, it’s the madness-inducing Mist that has infested Shin Mikado Academy. And it’s up to you, of course, to fix everything.

Develop your Ego. Establish connections with Pactbearers. Enhance the powers of your acquired Fiends. Does any of this sound familiar to you? It should. Key staff from the Shin Megami Tensei franchise are involved on a deep level, including Scenario Writer Ryutaro Ito. Is Monark a riff? Or does it do enough with its similar concepts to feel wholly separate? Honestly, the ideal answer to me would be someplace in-between. Psychological elements in JRPG design DNA have never been limited to SMT, after all, and there’s more than enough room for like-minded madness. It’s a massive shame, then, that Monark drops the ball in some staggering ways when the core gameplay is so addictive. Go and read Izzy’s review to get yourself up to speed.

A green-headed amnesiac awakens to a world with talking teddy bears and no fewer than six Princes Charming. The Joker in this one is definitely Mark Hamill’s. Drama/Romantic Comedy/Dancing. 1994. Mike is ready, but I’m not sure if anyone else is. Nobody else has been waiting for this one, right? Right?

Oh, who am I kidding? Final Fantasy VI‘s Pixel Remaster is finally here, and the sextuplet will be complete. Each of the previous five entries has earned praise for their popping pixelated colors, beautiful soundtracks, and their commitment to keeping the core of those original releases alive. We haven’t had a new version of Final Fantasy VI since the GBA (Yes, I am deliberately ignoring that version), and this time, the opera scene will be in 3D, complete with vocals! Be still my beating heart. I cannot wait to listen to the rest of the rearranged music in this game.

We’ve known it’s coming for a good long while, but I’m still a bit stunned that Atelier Sophie 2: The Alchemist of the Mysterious Dream is a thing that exists, you know? Going back to an earlier phase of the wonderful Atelier series and creating a full-fledged sequel set more like an interquel between the original Sophie-starring adventure and the adventures of her eventual peers feels like something out of a dream. I’m half-expecting Falcom to announce Trails in the Sky 4 now.

Atelier Sophie 2 takes a step back from Atelier Ryza 2 in one critical regard: it doesn’t have a PS5 version. But, you know, whatever. Gust isn’t a developer that’s ever been concerned with cutting-edge visuals. They’ve got a stylized style, a lovely sense of character design, a cozy-keen sheen. It’s all rather dandy. I’m looking forward to seeing our girl Sophie do her thing in a more openly magical environment! If you’re as excited as many of our staff are, you stop whatever you’re doing right now and read Des Miller’s interview with series producer Junzo Hosoi.

Kind of niche, granted, but Elden Ring is right around the corner. They got some nobody named George R.R. Martin to help create the lore, I guess? Relatively untested studio FromSoftware is trying hard to get noticed here, and I feel for them. They’re surrounded by titans like — God I can’t do this anymore.

Elden Ring looks spectacular. Truly, this is a busy time of year for RPGs of all sorts, and just as truly, Elden Ring is going to outsell them all. No shade! Look at it. Gorgeous. There were justifiable fears in the early telling that Elden Ring would sacrifice the studio’s beloved high-quality level design in favor of its open-world but by all preview accounts? It totally nails both aspects. Martin’s lore seems grand, but I’m confident FromSoftware would have pulled that off regardless.

I want to ride a horse and get chased by spiders. I don’t ask for much. These people get me.

An otome game hopping onto the Nintendo Switch isn’t exactly a rare event, but I’ve heard good things about this one. Variable Barricade has been out in Japan since COVID Year One, Month Six (or as the mainstream still calls it, “2020.”). The deal with this one is that Hibari is the heir to a prestigious fortune, but her grandfather is determined to find her a husband. And really, we all know the reason people play these games — to go and look at the cute boys. I swear, they’re cute. And also boys.

Ahem. Anyway, like other otome games, Variable Barricade has a flow chart, but this time, the chart is integrated into the gameplay. Modeled after a board game, they split each route (aka, love interest) into separate boards, and if you complete a board, you get to enter an adorable-looking RPG-like minigame. There are plenty of unique spins in this one, so while the Switch is becoming the otome machine, it looks like this particular Aksys Games-published endeavor will stand out for all the right reasons.

Have you ever wanted — nay, needed — to fight against the spirit of Emperor Jo? That wily Jo is trying to annex the world, you know. Pick up your blade. Or your sword. I’m not sure there’s a difference here. Go stop him. Bad Jo!

The former PC-exclusive JRPG love letter came to almost every console just recently, so it’s only fitting that it pops up on Switch via the Cloud. I’m completely certain there won’t be a single glitch or performance hitch.

Do you like Edens Zero? I do, kinda. Do you like mobile gaming? I kinda don’t. Do you want to enjoy Edens Zero as a mobile game? I definitely don’t, but Konami hopes you’ll feel otherwise.

Damn it, I already made a Mist joke. Okay, so, dark mages have shown up in the fantasy land of Occoterra. You need to stop them! I actually really like the artwork here. It’s like Dr. Quinn, Medicine Woman got revived as a Catan expansion or something.

We can finally play another of one of the best Zelda games on Nintendo Switch Online. You need that Expansion Pack, sure, but if you’re a huge Zelda fan like me, I’m sure you’re way ahead already. Majora’s Mask had a tough job following up Ocarina of Time but has endeared and endured over the years to be regarded as highly as its predecessor. So it’s time to go back to Termina, over and over again.

In between working on this, I spent a bit more time playing Final Fantasy XIV. I’d like to pretend I thought more about its future preservation, but no. I uh, plucked some flowers, and yep, that’s all I did — lots of flower-plucking.

Are you hyped for Elden Ring or Atelier Sophie 2? I like people who are hyped for both. They’re so different, it borders on hilarity. But set them side-by-side, and they’re a beautiful example of the diverse range of role-playing games. It brings a tear to my eye, it does. (For once, it isn’t cat hair.)

Catch ya on the flip!