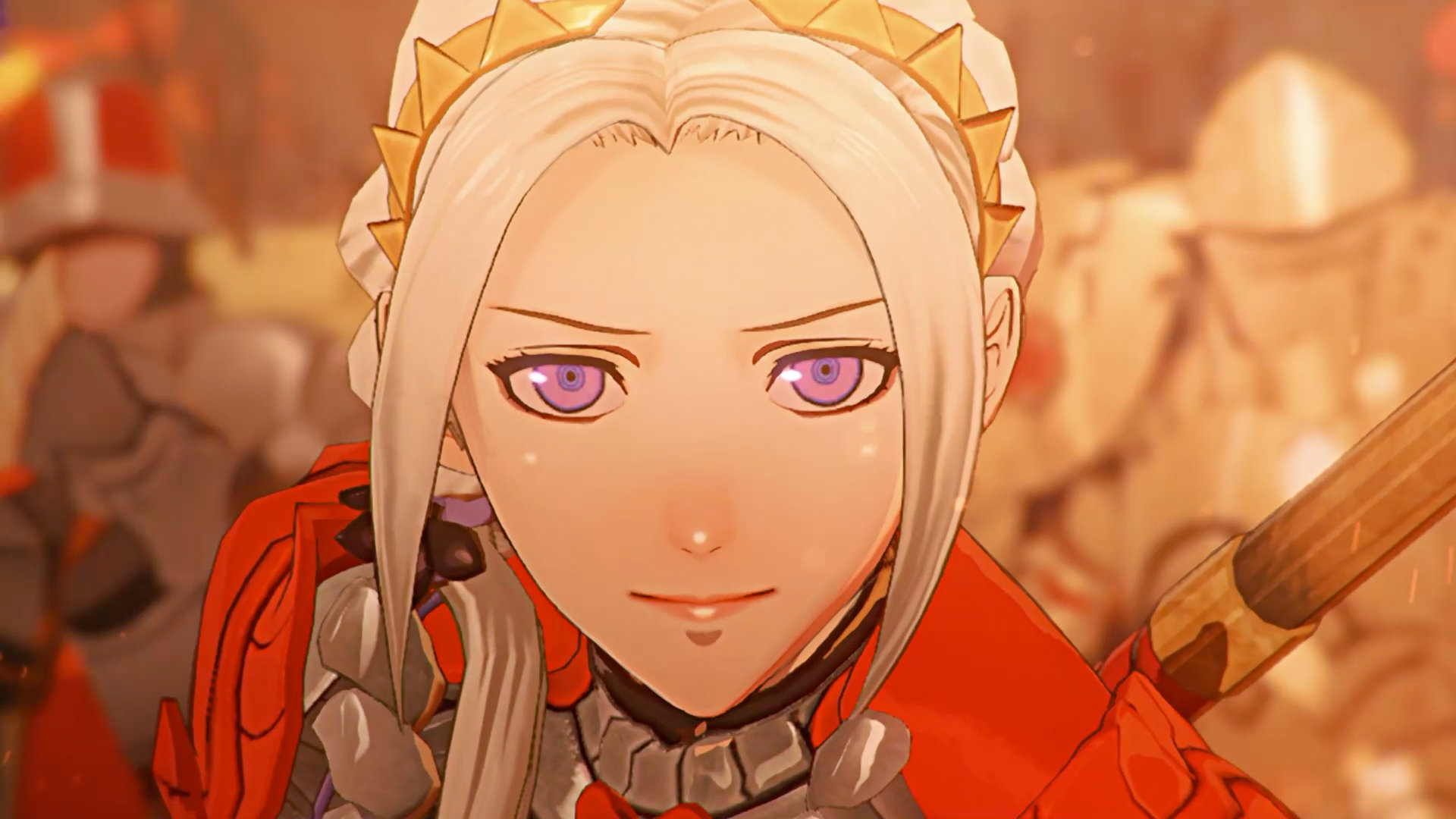 Well, I was wrong about the Nintendo Direct being behind us by this point in the month, but nary a day had passed after publishing last week’s list when the big rumor surfaced about Nintendo holding off until, what was it, June 28th? So, we’ll see how that goes. I’m guessing it’s true, but now that I’ve put that out there, watch them shadow-drop it tomorrow instead.

Not that I’d complain. But of course, we do have that Xenoblade Chronicles 3 Direct happening Wednesday.

Video game publisher presentations! They’re all a bunch of glorified ad reels, it’s true. I see the same basic conversation play out on the internet every June. Someone asks for spoiler tags on any potential game reveal leaks ahead of schedule. Someone else is mystified and asks why spoilers are needed for corporate advertisements, what is wrong with people, and this is what’s wrong with the world, and it’s probably Disney’s fault, and so on.

Yeah, but this stuff can be cool. It’s fun seeing a pipedream pipe up, like when Final Fantasy VII Remake was revealed at E3 2015. Isn’t it fun suddenly knowing something you imagined being able to read, watch, or play will eventually exist? Or, when Nintendo hopefully pulls the lid off and gives us more information on the game currently known as — ahem — The Sequel to The Legend of Zelda: Breath of the Wild, that’s going to be great, right? The next best thing to finally getting our grubby hands on it.

Do you know what else can be cool? Reading about RPGs coming this week. At least, I assume you feel that way because Mike keeps letting me write this list week after week. So, you know, extended intro’s behind you now. Enjoy the ride.

Look at the screenshot. Now, look at me. It’s probably no surprise to learn that Mango Mischief makes its biggest marketing impression when it satirizes the classic JRPG genre in a quirky fashion. Shattering the narrative fourth wall and having fun doing it — that seems to be developer Acute Mango’s primary approach to this fruity fun time.

Don’t expect the jokes to get in the way of solid gameplay, however; at least, not if Mango Mischief makes good on its promise to deliver challenging puzzles and a deep class system worthy of an homage to the old-school hits.

“Is the antagonist merely a puppet of the true final boss (who has multiple forms)?” I love that Mango Mischief‘s Steam description asked me this question. It darn well better, folks.

RPGFan fancies itself quite flexible. We cover the visual novel genre, for example, and deal with all the inevitable flak from “purists” who object to us stepping outside their precise terminology comfort zone. One thing we don’t tend to talk about much here is the deckbuilder genre… unless deckbuilding is one aspect of a greater, more cohesively “RPG” whole.

Enter Summoners Fate, launching in Early Access this week. It’s a roguelike, and it ties its card-based mechanics into a turn-based battle system as it tasks players with escorting titular summoners on critical quests to protect the realm.

RPGFan fancies itself quite flexible. We cover the visual novel genre, for example, and deal with all the inevitable flak from “purists” who object to us stepping outside their precise terminology comfort zone. One thing we don’t tend to talk about much here is the deckbuilder genre… unless deckbuilding is one aspect of a greater, more cohesively “RPG” whole.

Enter Gordian Quest, exiting Early Access this week. It’s a roguelike, and it ties its card-based mechanics into a turn-based battle system as it tasks players with training and commanding heroes and heroines as they seek to vanquish evil from their land. Inspired by all-time greats like Ultima and (of course) the Dungeons & Dragons universe, Gordian Quest might have enough in common with Summoners Fate for me to make the obvious joke here, but the similarities are honestly mostly skin-deep.

Oh, wow! This one looks easier than the original!

AI: The Somnium Files – nirvanA Initiative is, you’re not going to believe this, the sequel to AI: The Somnium Files. Now, anyone can make a sci-fi thriller visual novel following a Tokyo-based detective who investigates serial killings by way of tapping into suspects’ memories, but only a guy like Kotaro Uchikoshi — of Zero Escape series fame — can do it with this much style.

The first game made a huge impression back in 2019, so it was grand to learn a second game would be made. That said, time’s weird, right? I swear nirvanA Initiative snuck up on me fast. Has it seriously been nearly three years since those inaugural adventures with Kaname Date? Sheesh.

We could spend the next several paragraphs waxing poetic on all the intricacies that make this next chapter seem so promising. Or, you could read all our coverage at your leisure.

I still remember how cool it was, back when I was a kid, to learn that the makers of Dynasty Warriors had decided to concoct a Japan-themed spinoff called Samurai Warriors. It blew my kid mind how similar Samurai Warriors felt to the tried-and-true Three Kingdoms formula, and yet how much of its own identity it brought to the table.

Flash ahead a couple of decades, and Koei Tecmo’s Warriors brand is everywhere. Things have diversified in neat ways, the neatest of which may still be Persona 5 Strikers. But Koei’s second Fire Emblem go-around, Fire Emblem Warriors: Three Hopes, has gotta be up there.

Unlike the original Fire Emblem Warriors, which followed the standard formula of “a bunch of characters you know and love from a specified beloved brand beat each other up real keen-like,” Three Hopes offers an appropriately action-packed alternate-universe spin on the fantastic Three Houses storyline. For reasons unknown (until later in the game, no doubt) players take on the role of a new character named Shez rather than Byleth as the regions of Fodlan and their young leaders inevitably march toward war.

No holds barred, this is my most highly anticipated game of the month right here. If you own a Switch, do check out the demo on the eShop!

Pop quiz! Is it true that we have just as many ports to report on this week as we do new releases? If you cheated by counting ahead, congratulations! You know the answer is no, but almost yes.

The legendary romantic comedy starring a woefully disorganized twenty-something and a sword the size of Manhattan finally arrives on Steam. Also, Yuffie.

Three great games in one cohesive package, all for your role-playing pleasure. Unless you’ve got an Xbox, in which case you also have the option of purchasing them separately instead. Why would you do that? Well, maybe you love one, hate another, and the third was good until it wasn’t.

Dude, you know what’s wild? This came out on PC earlier this month, so I already wrote about it a bunch, and you can read that here. Or you can eschew any prior knowledge and assume ESO‘s latest expansion involves getting high on an island. You might even be right. [Editor’s Note: I thiiiiiink you may be slightly off the mark here, but I can’t say for sure.]

Oh wow, this is cool. Last October, when The Caligula Effect 2 debuted on PS4 and Switch, I wrote that I hoped it would eclipse its predecessor’s overall critical reception. And it did! And our very own Des Miller said so himself! Maybe go play it on PC!

What are we thinking about all those Final Fantasy VII announcements last week? You know, including the big one about that Crisis Core remaster? And the even bigger one that revealed (if but barely) the second part in the Remake trilogy, including its title, Rebirth?

I’ll be honest, I’m a bit bummed Remake isn’t coming in four parts rather than three. Maybe that sounds weird. I’ve always held firm that four would be ideal for the scale of the original story. But then, this isn’t the original story. Not entirely. And while the first part only covered the Midgar arc, it already managed to imbue the core cast with more chemistry and quip than just about the entirety of classic FFVII‘s first disc. So, there’s that.

I think what excites me the most about Rebirth is that, by design, the world will need to open up in ways that may mirror Final Fantasy XV to some extent, whilst remaining true to the cinematic-heavy storytelling that Kitase’s team at Square is not only known for but exhibited in Remake just two years ago. In my mind, what we’ll see is chunks of XV‘s Kingdom of Lucis doled out between more linear segments like Junon and Cosmo Canyon. But hey, we’ll see!