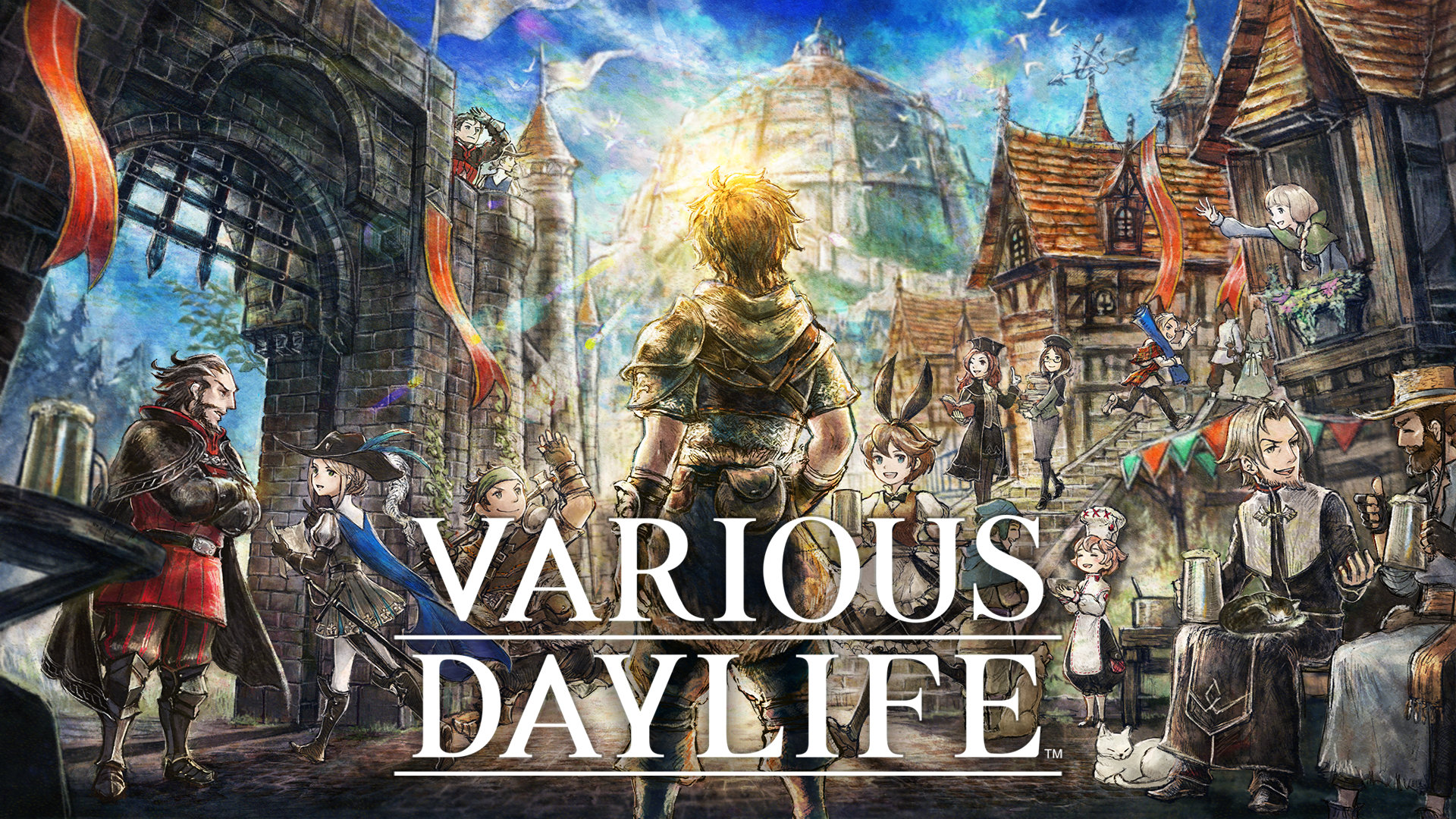 Square Enix has announced the release of its “everyday RPG” Various Daylife on Nintendo Switch and PC via Steam, with a PlayStation 4 release coming on September 16th. The game was previously only available via the Apple Arcade service for iOS devices. The announcement came from the most recent Nintendo Direct, alongside a host of other RPG announcements. Check out the trailer below!

A daily and consistent call to adventure, no? Developed by members of the teams responsible for Octopath Traveler and Bravely Default, Various Daylife brings players on an adventure through the world of Antoecia. Players will create a character who is part of the seventh wave of settlers to the land, settling themselves in the city of Erebia. Within the city, players can meet other characters that will introduce them to the myriad jobs and professions that will help shape their destiny as they explore the furthest realms of Antoecia, resolving hostile encounters with stylish turn-based battles. Specifics on Various Daylife lie below, sourced from its Steam page:

In the year 211 of the Imperial Era, a new continent was discovered. Explore its every last corner as a settler of Antoecia, while living your life to the fullest in the city of Erebia.

• Character growth through everyday work
VARIOUS DAYLIFE features over 20 job classes and more than 100 types of work for those jobs to perform. Since you’ll be able to increase your strength through physical labor or improve your magic with more mentally taxing tasks, you can shape your character how you see fit depending on your choice of work.

• Overcome dungeons with skilled management
Choose what limited rations, items and camping gear you can pack in your bags as you leave the safety of the city to confront the unknown. You’ll battle monsters, bad weather, and food spoilage out on the various frontiers of Antoecia. When the going gets tough, will you press onward, or retreat to explore another day?
You’ll have to make these kinds of decisions as you trailblaze a way across the continent, where none have trod before.

• Innovative Battle System – The Three CHAs
Introducing a twist to the traditional job-and-ability, turn-based battle, with a unique system that relies heavily on working together with your allies. CHANGE your foes’ conditions, build up a CHAIN of attacks and seize your CHANCE at inflicting heavy damage!

It seems Square Enix is committed to rereleasing and porting games from their vault of IP to go alongside new releases going forward such as the recently announced Octopath Traveler II. I hope it continues with greater variety and regularity as this era of gaming moves forward.

Stay tuned to RPGFan for all news Various Daylife and RPG!