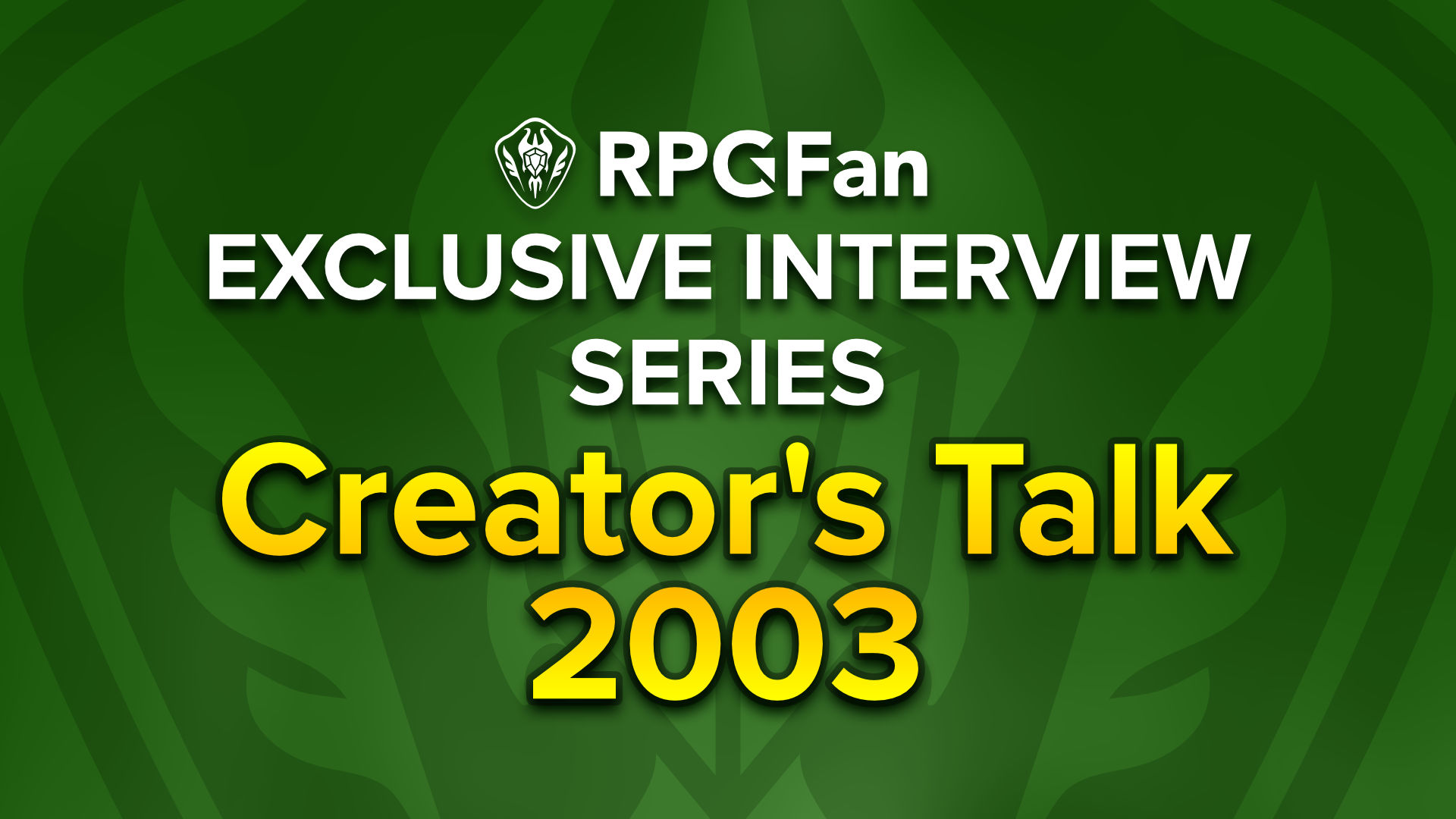 Last November, Sony Computer Entertainment announced a spectacular sweepstakes campaign to promote the five biggest RPG releases of the holiday seasons. The lucky winners were supposed to go on trips to various destinations across North America and Europe. And while the trips fell victim to recent global tensions, the campaign at least led to the first RPGFan feature in 2003.

Key members of the development teams behind UNLIMITED SaGa, Tales of Destiny 2, Dark Chronicle (Dark Cloud 2), Breath of Fire V – Dragon Quarter and .hack Volume 2 sat down with the Creator’s Talk team to shed some light onto their newest offerings. This feature will contain the comprehensive translations of the five following interviews.

All interviews translated by Chris Winkler and Eve C.