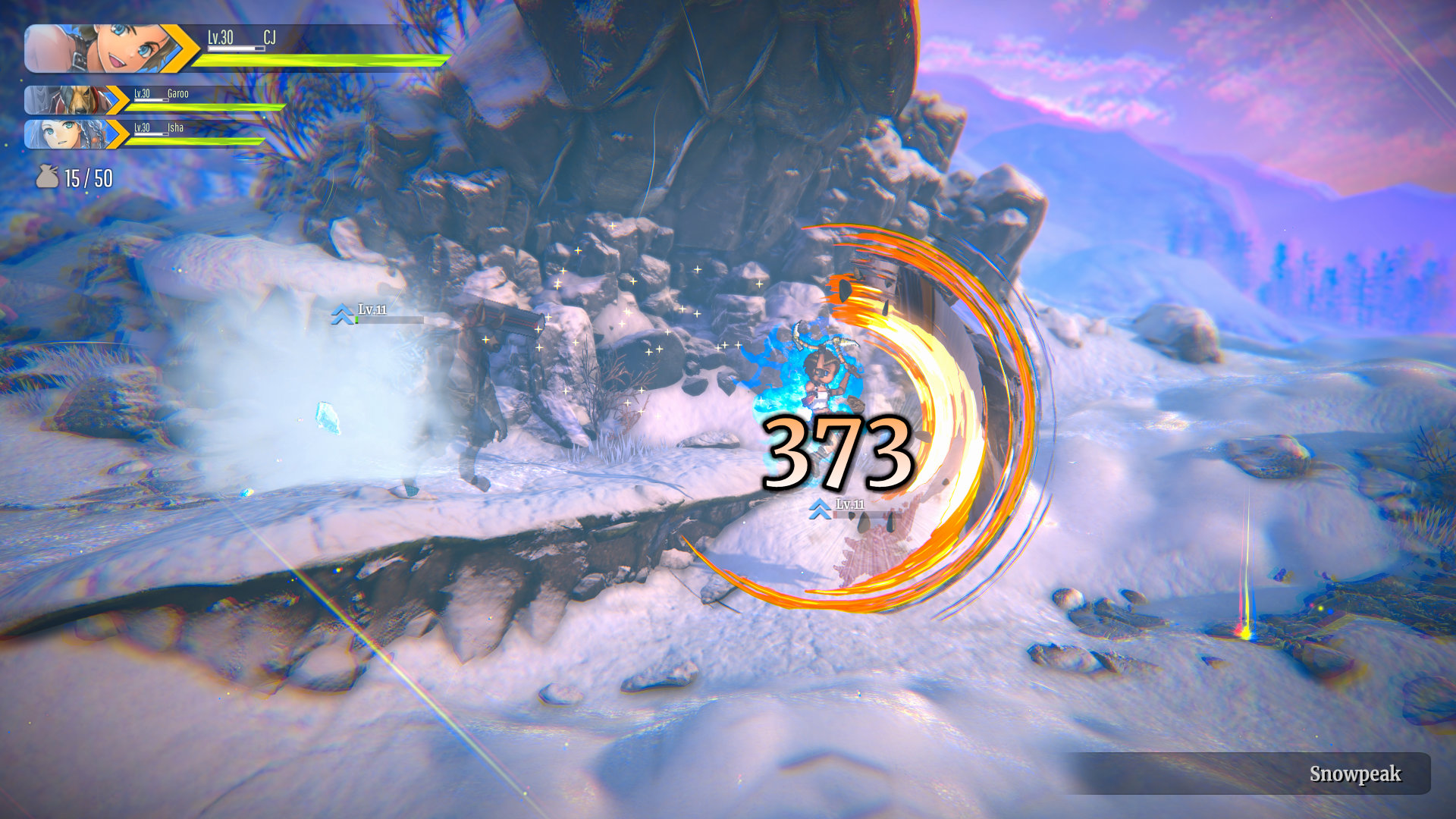 So, I got a membership at a new gym that’s just opened up in my area. Nice, friendly place. Very college-oriented, mind you, and I’m a good several years past the traditional age bracket for that now. (Of course, I’m a strong believer that college, like most things, can be tackled at any age. But you know what I mean.)

Of course, I needn’t worry about not fitting in with a bunch of people a decade my junior. I’m still quite hip. In fact, I am as cool today as I was ten years ago. Check it: I listen to Inuyasha music while I’m running on treadmills and lifting weights. That is rad. I talk about how good Jared Harris is in Apple’s new adaptation of Isaac Asimov’s Foundation novels. That is also rad. My water bottle has a picture of Aerith Gainsborough on it. One could not feasibly be more “in crowd” if they tried.

There are many RPGs coming this week. Enough that I should hurry up and hop to it. Let’s mosey.

I had only just gotten my foot in the door here at RPGFan — and, by extension, the games journalism industry — when news broke that Eiyuden Chronicle: Hundred Heroes would return us all to the days of the stellar Suikoden series as a spiritual successor from some of the very minds who birthed that long-gone series. In order to make this dream a reality, however, Rabbit & Bear Studio needed to get the game funded via Kickstarter.

One of the many successful stretch goals in Eiyuden Chronicle‘s fundraiser was the creation of a two-dimensional prequel title called Eiyuden Chronicle: Rising. It’s out this week, and I’m pinching myself because it’s true. The main game drops next year, but doesn’t this look neat? Our lucky ol’ Zach Wilkerson had the chance to preview Rising big-time back in March, and he’s stoked. He got major ActRaiser vibes, too, which would have perked my interest even if it wasn’t already here.

Let’s embrace this and pinch ourselves all over again next year!

I’m excited. Makai Kingdom was great fun back on PS2, with the sort of charmingly goofy tale that only the makers of Disgaea could deliver. Its isometric SRPG combat separates itself from the rest of the pack with some unique twists, like a distinct lack of tiles and area-of-effect attacks that correspond to shapes, not squares, as a result.

I know less about Z.H.P., but I daresay we can discern the game’s tone from its title. Both games feature brisk main plots but hundreds of hours if you’re in the mood to master every bit of optional content. Should be fun. Oh, and if you’re on PC, just bear in mind that the Steam release doesn’t bundle these together. You’ll have to purchase them separately. Bummer, dood!

Salt and Sacrifice comes to the Soulslike genre’s stalwart diehards some six years after its predecessor, Salt and Sanctuary. There are a lot of “why so salty” jokes I can make here, but they’re entirely too easy, and that spoils the sport.

The honorable Bob Richardson recently previewed this upcoming epic. Players take on the role of a Marked Inquisitor who opts to hunt allegedly nefarious mages rather than accept a prison sentence. What makes this series so different from its Soulslike brethren is that it’s entirely rendered in 2D. Yet, despite the inherent feeling of “safety” that can come with a two-dimensional game not mandating 360-degree positioning in battle, Bob insists the developers don’t miss a beat, taking advantage of this uncommon formula.

Speaking of Soulslikes (and we sure do speak of them often!), do you fancy some co-op for the genre? Personally, I would think that might make such games feel less tense, yes. And I have plenty of tension in my life already, thank-you-very-much. So, perhaps I would take Achilles: Legends Untold up on its offer.

That’s not to say you can’t search this haunted realm for a way to end the perilous war between Hades and Ares all on your own if you’d prefer. But whatever you choose, do note that this game’s entering Early Access this week with a targeted full launch for Early 2023. You’ll get one of Achilles‘ five chapters for the time being, with the promise of two very different possible endings once the whole tale is told.

To be honest, I’m not sure what to make of this one. I think it seems promising on paper, but I don’t think I’ve seen hardly a lick of marketing for it? I actually forgot Square’s behind it. Color me intrigued, though.

The Hatchwell Festival is a surefire celebration, a wonderful time when the residents of a village called — wait for it — Hatchwell gather to remember the bravery of a hero from a century past. That’s the story pitch for the fittingly-titled Hatchwell, an action RPG filled with monsters to fight, puzzles to solve, treasure to find, and a looming holiday to eagerly await.

There is no way the Stardew Valley [Editor’s Note: and perhaps Littlewood?] aesthetic is unintentional, and frankly, I’m here for it.

Four video game ports walked into a bar. The bartender looked me dead in the eye and said, “You can’t possibly make a real joke out of this setup.” Probably not, no.

It feels like just, say, this past November 21st that I wrote about this remaster popping up on the Nintendo Switch. Danganronpa 2: Goodbye Despair Anniversary Edition makes the journey to Xbox hardware this week, and what a thing to say. I think it’s the perfect fit for Game Pass, personally, and I’m curious to see if more fans are made.

It feels like just, say, this past December 6th that I wrote about this narrative-focused mech-fighter popping up on Windows. Wolfstride makes the journey to Nintendo hardware this week, and what a thing to say. I think it’s the perfect fit handheld play, personally, and I’m curious to see if more fans are made.

Brigandine: The Legend of Runersia – May 11th (Windows)

It feels like just, say, the December 7th before last that I wrote about this… whoa, whoa, why were all my paragraphs so long? What was I thinking? I can’t believe I was such a fool, why didn’t I space things out? Uh, is this thing still on? Anyway, Brigandine: The Legend of Runersia is a strategy-centric JRPG that debuted on PS4, encored on Switch, and goes for the triple this week on a PC near you.

We close things off with a game that really does hit me for how recently I mentioned it. Neptunia x Senran Kagura: Ninja Wars, a hack-and-slash crossover between the Hyperdimension Neptunia and Senran Kagura series (both from Compile Heart and Idea Factory), made the exact same journey as Brigandine: PS4, Switch, and now PC. Only, the Switch version launched just three weeks ago, fancy that!

Oh man, so like, I ordered 20 Water Energy from eBay as well as a Crabominable and an Inteleon, both in their V-form, duh, and I’m thrilled to assemble my first-ever Water-based deck. I know, I know, you’re not supposed to play the Pokémon TCG with themes in mind so much as strategies, but give me a break! I just want to throw Water Pokémon at my friend Brandon instead of all the Fire types I keep inundating him with!

Can I just add that I wish the trading card game’s online version was anywhere near as content-rich as the old Game Boy Color games (especially the Japan-only sequel)? Because, yeah, I beat the trio of NPC settings and that’s… it? besides online play, of course, which I get is the main reason to check this out, but still, I want a story mode or something.

Anyway, I’m going to eat some yogurt and go to bed.

Which is the sort of thing only the hippest of the hip will ever type.