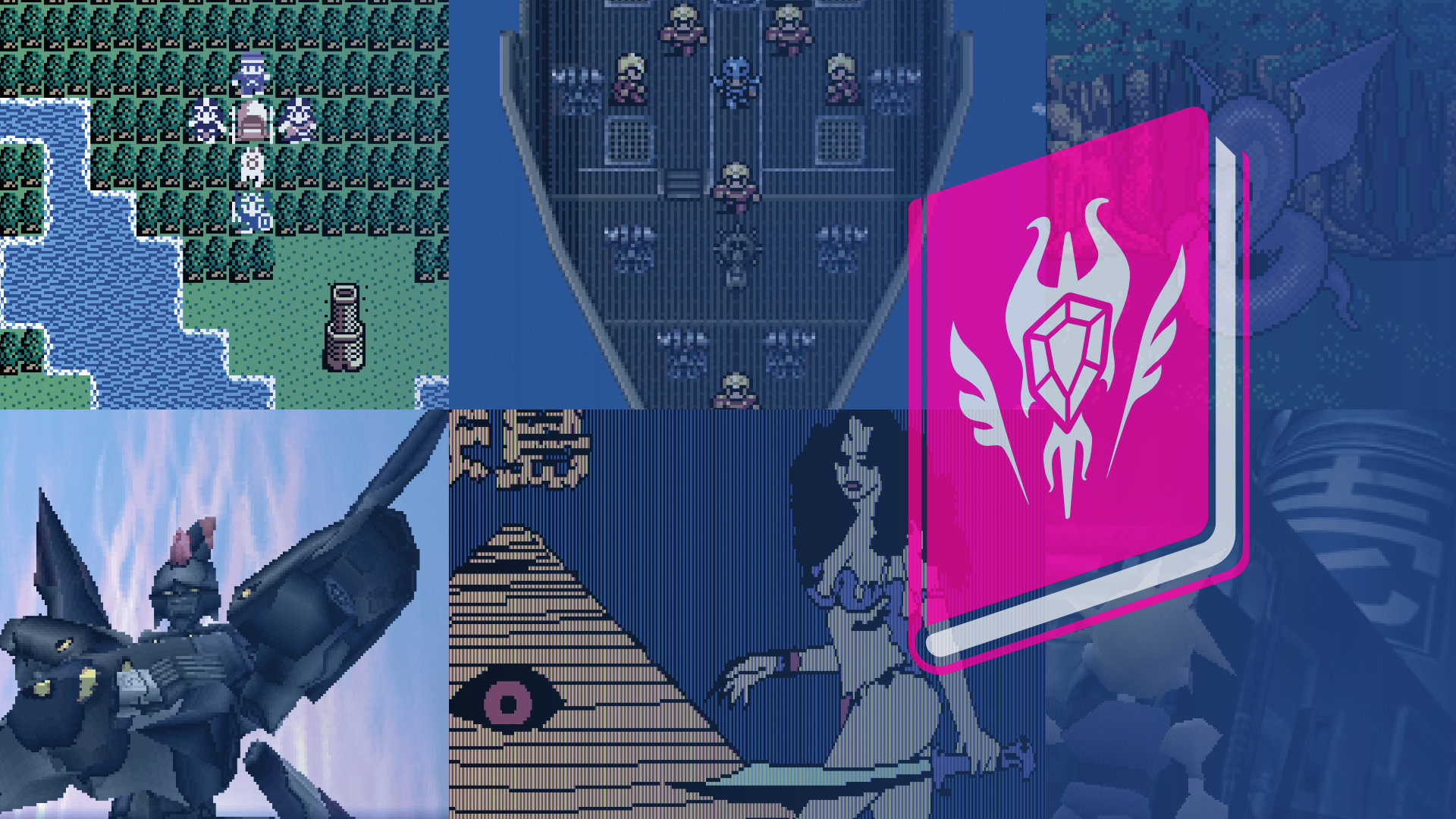 Last week, we shared a preview of A Guide to Japanese Role-Playing Games by Bitmap Books. In it we covered things like the quality of the book itself, subjects the book touches upon, and gave our overall early impressions.

This week, we are coming back with two short excerpts from the book itself. As we noted in that preview, the book covers broad topics like the history of the genre, along with some common themes that the book covers.

The first excerpt is from the section titled “A History of JRPGs in Japan.” The section starts with the computer era in the 80s and moves all the way through to the modern era, including PS4 games. The excerpt we are sharing comes from the 32-bit era section of the text. To be clear, the section is longer than this, but you’ll have to grab the book to see more!

The common perception was that Americans liked action games … so what better way to sell them something than to advertise it as an action game, even if it wasn’t? Final Fantasy VII received a television commercial campaign, quite rare for the time, which focused almost entirely on its dramatic computer-rendered cutscenes. These weren’t representative of how the game actually looked during gameplay, but it didn’t matter – it sure looked cool. That was how Square was able to convince Americans to try out Final Fantasy VII, essentially by tricking them. But almost no one seemed to mind, as the game became a critical and commercial success, as well as a cultural phenomenon. Japanese RPGs had finally hit the international mainstream.

With that foot firmly in the door, the localisation of many similar titles could go ahead. Square had already barrelled ahead, bringing us two more Final Fantasy games, the brainy sci-fi mecha game Xenogears, the cinematic horror game Parasite Eve, and the oddball parallel-dimension-hopping Chrono Cross. Along with those was more eccentric fare like SaGa Frontier, a follow-up to the obscure cult hit (and previously Japan-only) Romancing SaGa series, and Vagrant Story, a mechanically complex dungeon crawler. Sony was reluctant to focus too much on RPGs, as their early offerings in Japan (Arc the Lad and Popolocrois) weren’t all that graphically impressive, but they did begin their Wild Arms franchise, focusing on an anime-style reimagination of the American Wild West. Many other third-party companies localised their titles as well, ensuring a constant stream of releases for the new, JRPG-hungry audience.

Along with that, we also have the opportunity to share an excerpt from A Guide to Japanese Role-Playing Games‘ essay “Attack and Dethrone God,” a fascinating examination of this common trope in JRPGs. Beyond merely addressing it as a trope, this essay goes into the nitty-gritty of why this is such a common trope and looks at how the issue is handled in a variety of games. Check out a snippet of the section below:

The history of Christianity in Japan is a little rocky. Christian missionaries came from Europe in 1542 and actively began to convert many Japanese, but the daimyou Toyotomi Hideyoshi became threatened by its growing influence (primarily due to Christian intolerance of Shintoism and Buddhism, and slave trading), so a series of edicts was introduced at the end of the century that banned the religion from the country. This continued until the Meiji Restoration in 1868, after which Christian practice was again permitted, but it’s still a minority religion, with about 1.5 million practising as of 2015.

Probably the most important video game in terms of understanding the broad attitude towards Christianity is Atlus’ Megami Tensei series, in which gods and mythological beings of all faiths and religions co-exist. Thor, the Greek god of Thunder, is just as real as Amaterasu, the Japanese god of the sun, or Lucifer, the Christian devil. And if Zeus, the leader of the Greek gods, who toyed with humans in cruel ways, is real, then why not the Christian God? A recurring enemy in the series is YHVH, or Yahweh, the Hebrew name of the Christian God – here, he is based on his Old Testament activities, such as destroying nearly all of humanity with a flood, rather than being the love-thy-neighbour version described by Jesus Christ in the New Testament. YHVH ends up being a recurring antagonist in the franchise, it being one of the few in which you actually fight the Biblical God, rather than a non-denominational or allegorical being.

This can be seen in Capcom’s Breath of Fire II, where the main antagonist, Deathevan, creates the St. Eva Church with the intention of collecting human souls. Considering how, historically, European Christians preached the gospel of Christ while capturing Japanese citizens and selling them into slavery, it’s easy to see how the Christian church could be viewed negatively. Something similar can be seen in Final Fantasy Tactics and the Church of Glabados, which focuses on the Christ-like figure of Saint Ajora, who was actually possessed by an evil demon. Final Fantasy X has followers of the teachings of Yevon, drawn in due to the constant cycle of death that plagues their land, although Yevon is eventually revealed to be the cause of all their world’s destruction and suffering. All in all, entities that make great promises, but are full of lies, make for great villains.

Needless to say, we are impressed with the depth and breadth of the examination of these important ideas in A Guide to Japanese Role-Playing Games. Be sure to check back next week when we will share some excerpts from what makes up the bulk of the book: the essays about specific games and series.

A Guide to Japanese Role-Playing Games will be available from the Bitmap Books website. It releases on June 14th, 2021, and Bitmap offers a sign-up to be notified when the book is available to order.

The excerpts used in this article and specific screenshots were provided to RPGFan by Bitmap Books, and have been re-printed with permission. Please do not re-publish this article or excerpts elsewhere without permission.